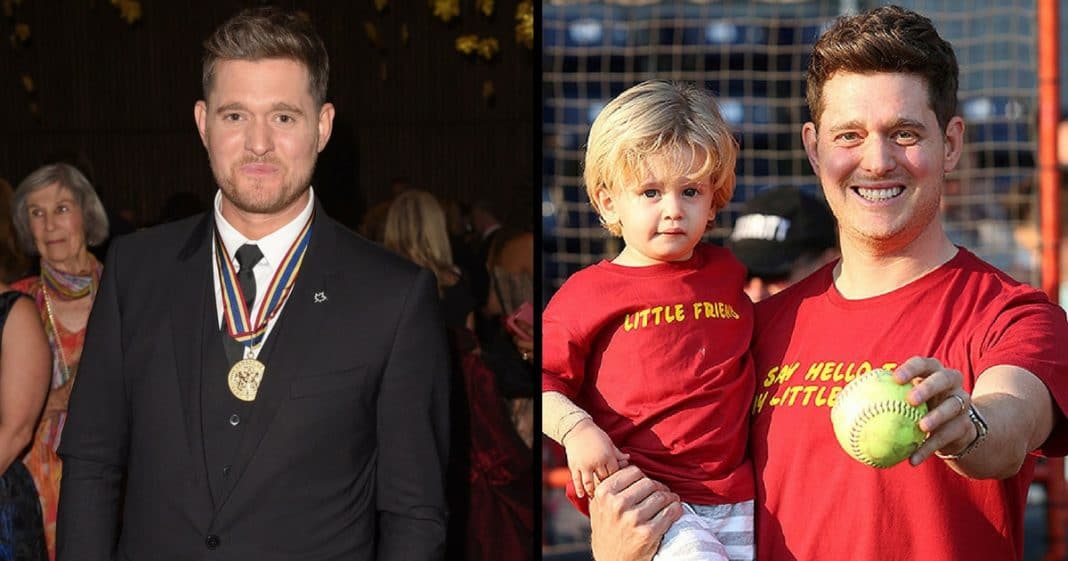 After spending months out of the public eye to focus on his son’s battle with cancer, Michael Bublé has returned.

The Canadian singer accepted the National Arts Centre Award in Ottawa from the Governor General of Canada on Wednesday. Bublé was originally supposed to receive the award last year, but missed the event due to family commitments. 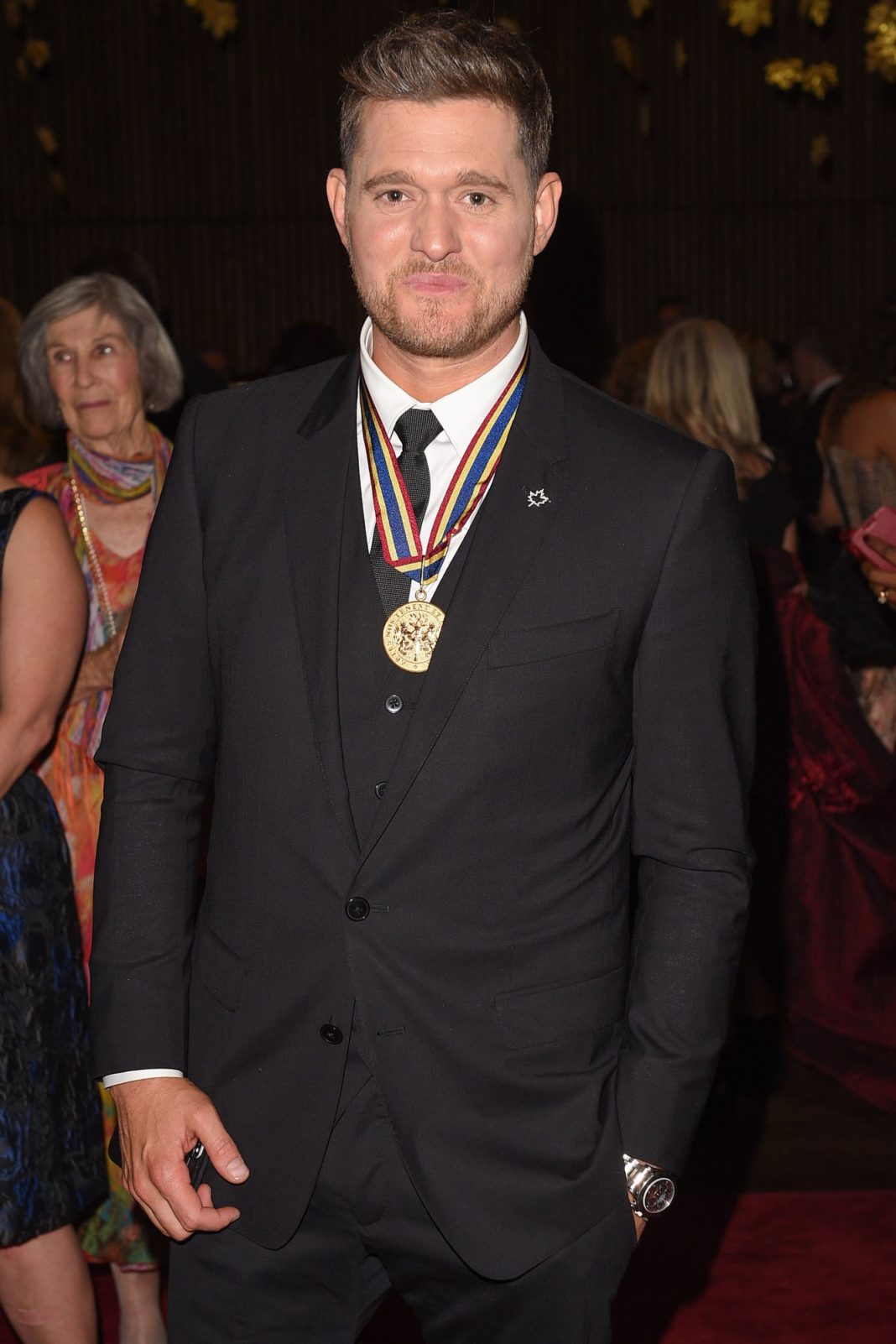 “I stand here truly humbled that I have been allowed to be one of your musical representatives and that you would choose to bestow this honor upon me during what has been an emotionally difficult time for my family,” Bublé said during his speech, according to The Canadian Press. “I thank you for the love and support that you’ve given me and for the pride I’m filled with every single time I’m able to stand on a stage and say, ‘My name is Michael Steven Bublé and I am Canadian.’”

To his wife Luisana Lopilato, sons Noah, 3½, and Elias, 17 months, parents and sisters, he added, “There are no words to describe how I feel about you. Sometimes, ‘I love you’ just isn’t enough because what I feel is just so much more.” 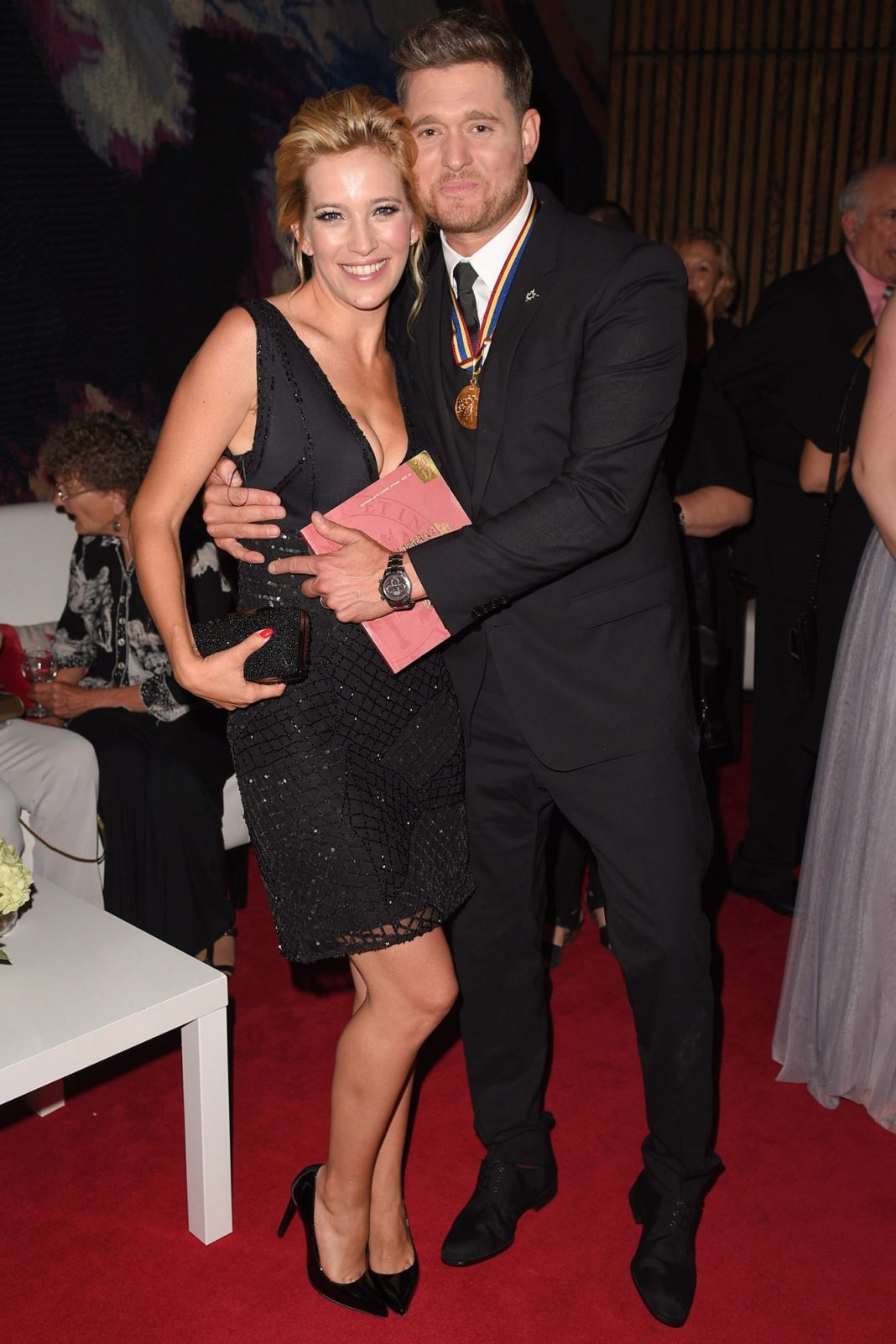 Days after disclosing his elder son’s diagnosis in a November Facebook post, the father of two canceled his December BBC Music Awards Performance, with BBC Music director Bob Shennan stating, “We send Michael and his family our very best wishes.”

Over the next few months, Bublé pulled out of hosting February’s Brit awards as well as April’s Juno Awards based in his native country.

“Our thoughts continue to be with Michael — we respect his ongoing commitment to his family and look forward to working with him again in the future,” Mike Consentino of Bell Media, the company broadcasting the Juno Awards, said in a March statement. 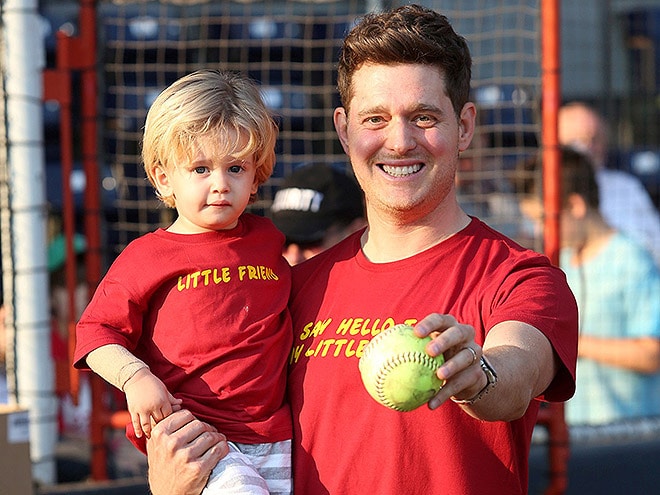