Men Try To Save Injured Hammerhead Shark, Then Realize It’s Hiding A Secret 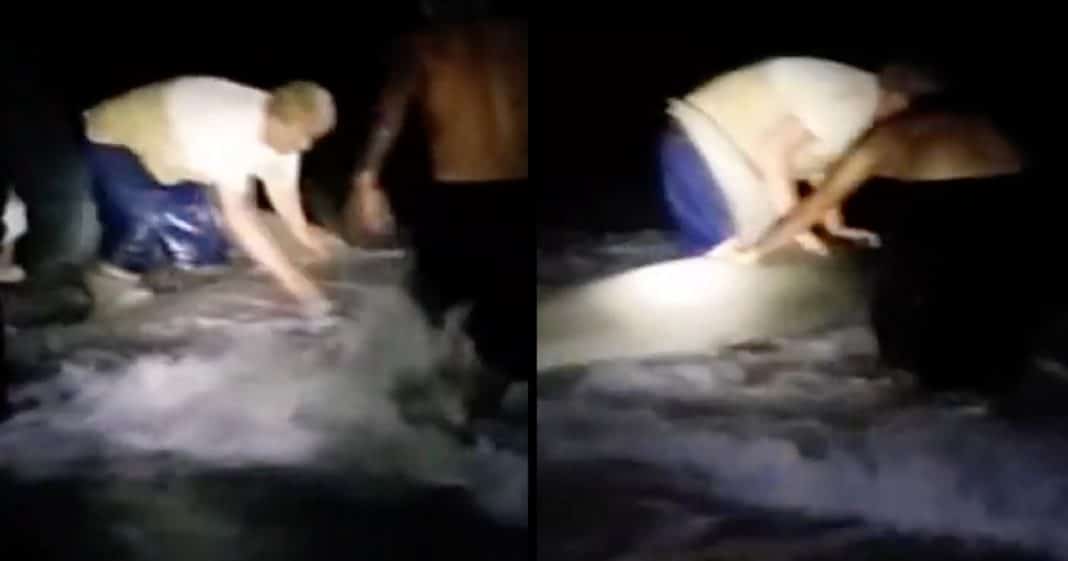 Nature provides us with sometimes frightening and delightful surprises. A group of fishermen in Florida found this to be true when they encountered a situation that required their assistance. It started out as a rescue but ended up turning into something remarkable.

While fishing one night, a group of fishermen reeled in a catch that would catch them off guard and change their day. They reeled in a 12-foot hammerhead shark!

What a shock this must’ve been for these fishermen! They expected to catch something, but certainly not a shark! This would make anyone a little nervous, not to mention concerned.

After spending hours untangling the shark from their line where she’d hooked herself, they discovered something remarkable – the shark was not only injured, but was pregnant and trying to give birth. The group pulled her to the pier and realized they’d not only need to save the mama shark, but her babies too.

The fishermen turned the shark over and noticed a bite mark on her underside. She didn’t appear strong enough to have her babies on her own, though she’d tried to seek a safe place to give birth (hammerheads usually like to find a haven to bring their babies into the world with plenty of food and shelter).

The fishermen delivered 20 baby hammerhead sharks and released them back into the water. Sadly, despite their efforts to save her, the mama didn’t make it.

Hammerheads are an endangered species of shark. When new babies are born, they come into the world completely sufficient. They don’t need to rely on their mothers to care for them.

It’s sad that the mama shark didn’t survive to see her babies; but, thankfully, these 20 new hammerheads will have a chance to survive and thrive and live healthy lives.

Were you touched by the way these fishermen helped this mama shark and her babies? So share this!