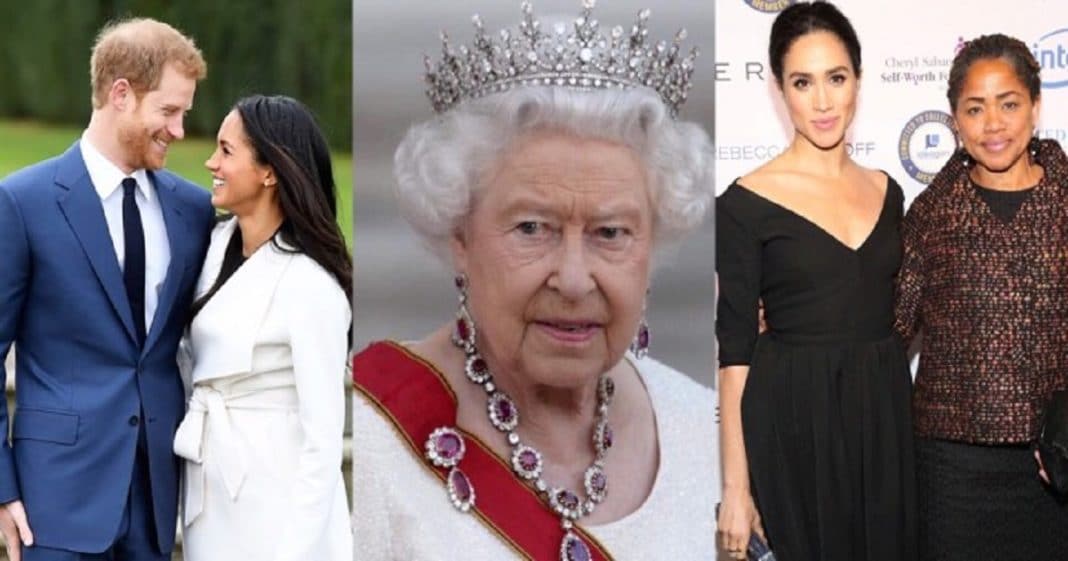 Meghan Markle experienced a life-changing 2017; she’s one of several women who’ve met their real-life princes and is living a fairytale life. She, like Catherine, The Duchess of Cambridge, formerly Kate Middleton, were women from “average” backgrounds.

Both Kate and Meghan came from middle-class families. Kate’s mother, Carol, started a business called Party Pieces that has netted them millions. Meghan comes from a family who worked in Hollywood.

Both Kate and Meghan were educated at private schools. They both received excellent marks at university as well. Meghan attended North Western University in Chicago while Kate met her Prince at Scotland’s prestigious St. Andrew’s University.

William and Harry aren’t with women who come from aristocratic backgrounds. They are your normal everyday women. So it’s no surprise Harry and Meghan haven’t approached their engagement or wedding in a conventional manner.

Prince Harry and Ms. Meghan Markle have chosen to release this official portrait photograph to mark their engagement. The photograph was taken by photographer @alexilubomirski earlier this week at Frogmore House, Windsor.

From the moment Prince Harry and Meghan Markle announced their engagement, the two started breaking with many previously held royal traditions.

They will be married on Saturday, May 19, 2018, in St. georges Chapel at Windsor Castle. Royal weddings are usually held on a weekday. Harry and Meghan want the public to be part of their special day.

The former actress also accompanied Prince Harry to Christmas festivities at Sandringham House, The Queen’s country estate. She and Harry stayed with the Cambridge family at Anmer Hall, located near The Queen’s home.

The biracial divorcee also attended church with Hary and his family on Christmas day. The luncheon, Christmas festivities, and church haven’t previously been open to fiancees of royals. Kate Middleton, before she became William’s duchess, wasn’t invited to any of those private, family events until after their 2011 wedding.

Meghan and Harry aren’t done shaking up royal customs. Kensington Palace hasn’t confirmed this yet, but rumors have been swirling around the internet that instead of having her father, Thomas Markle escort her down the aisle at their wedding, Meghan wants her mother to have the honor.

Meghan and Doria Ragland, a yoga instructor, are very close. Meghan shared this touching photo on Mother’s day last year of her mother’s graduation ceremony where she earned her Masters in social work: “Always proud of this beautiful woman,” she wrote.

Meghan’s father lives in Mexico and prefers to remain out of the spotlight. Thomas Markle and Doria Ragland released a joint statement supporting their daughter and Prince Harry’s engagement announcement. Harry hasn’t yet met the award-winning television lighting director, but the two have spoken.

I’m sure Meghan and Harry aren’t finished abandoning royal customs; come May we’ll have to see what else this very sharp pair will do.