Meet Simone Biles, The Girl Who’s About To Turn Olympic Gymnastics On Its Head 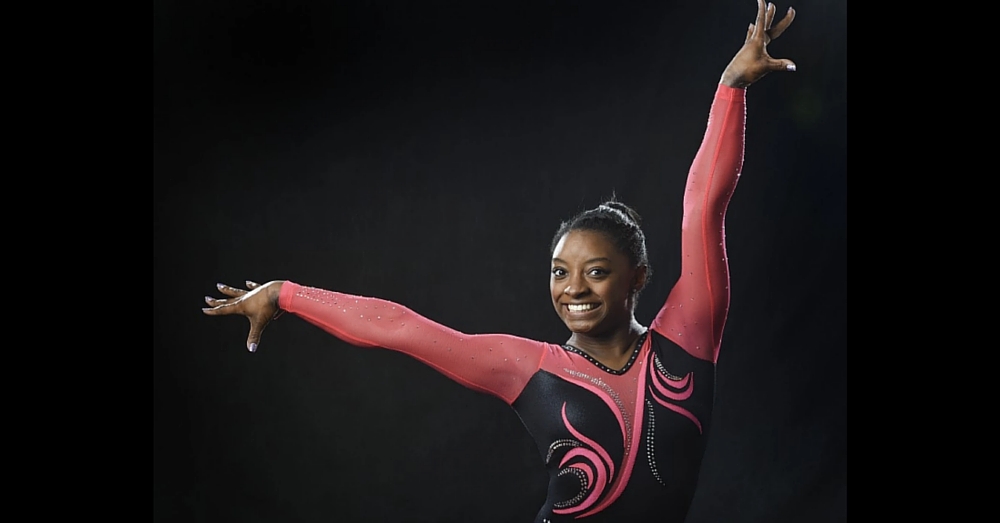 The soaring height is the first thing you notice, followed by the power. How can a 4-foot-9 sprite launch herself skyward with such amplitude and explosion, as if jet-propelled?

Then it’s the dazzling smile as she flips, twists and spins over the vault, across the balance beam, around the uneven bars and from one corner of the floor to the next.

Biles competes with a joy and abandon that has been lacking in women’s gymnastics in recent years. All too often, grim-faced pony-tailed youngsters clench their jaws, furrow their brows and inhale an ocean’s worth of air before hurtling into rigorous tumbling passes. Their feats may be acrobatically eye-popping, but the strain of pulling them off is palpable.

Biles, by contrast, exudes utter delight, competing as if the four-inch-wide balance beam is the sidewalk in front of her house, the vault and uneven bars mere elements of her backyard swing-set and the mat a magic carpet for high-flying fun.

Since 2013, no rival has come close to the marks she has earned en route to three consecutive world all-around championships and, last week, her fourth national title in a row at the P&G Championships in St. Louis, won with a career-high score (125.000) that was nearly four points ahead of nearest competitor Aly Raisman (121.100).

In the middle of her floor exercise, Biles spied 2008 Olympic gold medalist Shawn Johnson in the stands, winked at her and kept tumbling. An internet video of NBC’s footage of the routine, a technical and artistic tour de force set to a sassy salsa beat, was viewed more than 11 million times in just the first few days.

“You run out of adjectives when you are talking about Simone Biles,” former gymnast-turned-analyst Tim Daggett said on the broadcast.

That’s a mere fraction of the attention the 19-year-old Biles is sure to draw at the Rio Olympics, where the gymnast who most ably melds athleticism and artistry — qualities often at odds in the sport — could win five gold medals.