The Woman The World Forgot: Meet Flora Sandes, The Only Female To Officially Fight In World War I 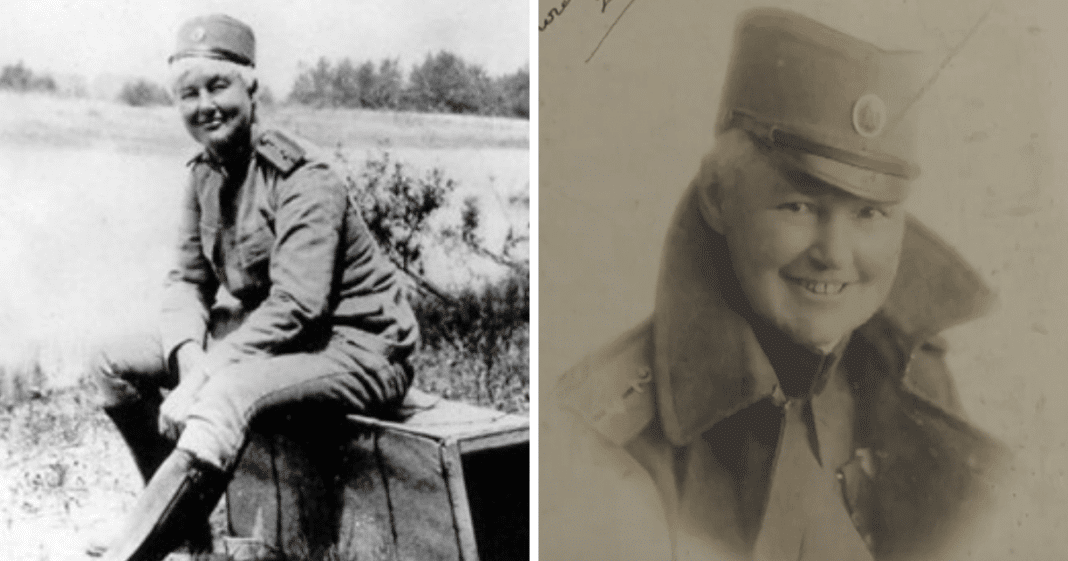 The recent blockbuster action movie hit, Wonder Woman, featured a leading lady who was the princess of the Amazons, a race of heroic female warriors. Far fewer people know about a real-life warrior dubbed “a modern-day Amazon” and “The Serbian Joan of Arc.” This British woman of Irish descent, Captain Flora Sandes, fought in World War I and received the highest honors as a war hero on the front lines of brutal battles, and she didn’t hide her gender from anyone. 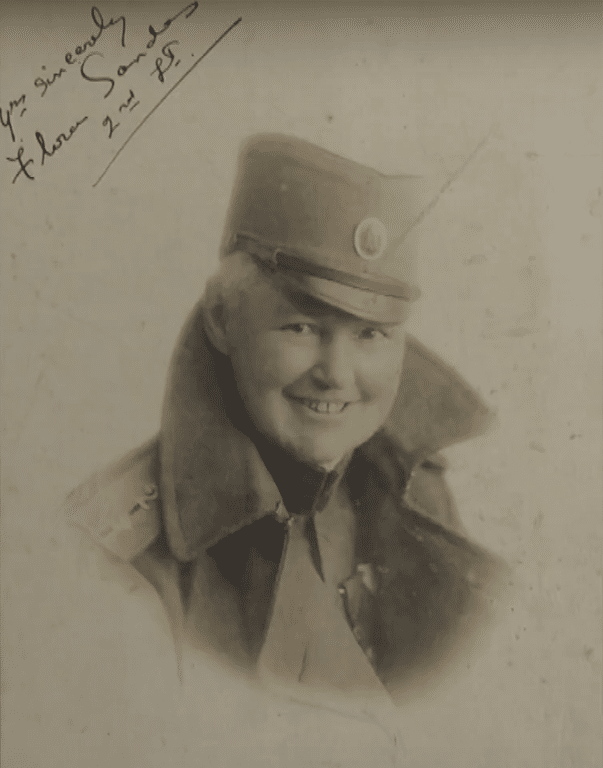 Flora Sandes lived from 1876–1956. She longed for a life of adventure, hunting, and action, but started out in a boring office position instead. By 38 years old, she attempted to join the British army in 1914 to care for soldiers as a nurse, but her application was rejected. So when Serbia put out a call for medical volunteers, she jumped at the chance. She worked at “the death camp of Serbia” where she almost died of Typhus, performed amputations, and watched many of her colleagues die.

While such a horrifying scene would deter most, she wanted more. She joined the 2nd Infantry Regiment, enduring the worst of conditions along with the other soldiers as a nurse. She proved her worth to all of them, fighting on the front lines as they traversed treacherous mountainous terrain. To the soldiers, she came to symbolize the hope that the British would come to their aid. They called her “brother,” seeing her as their equal. 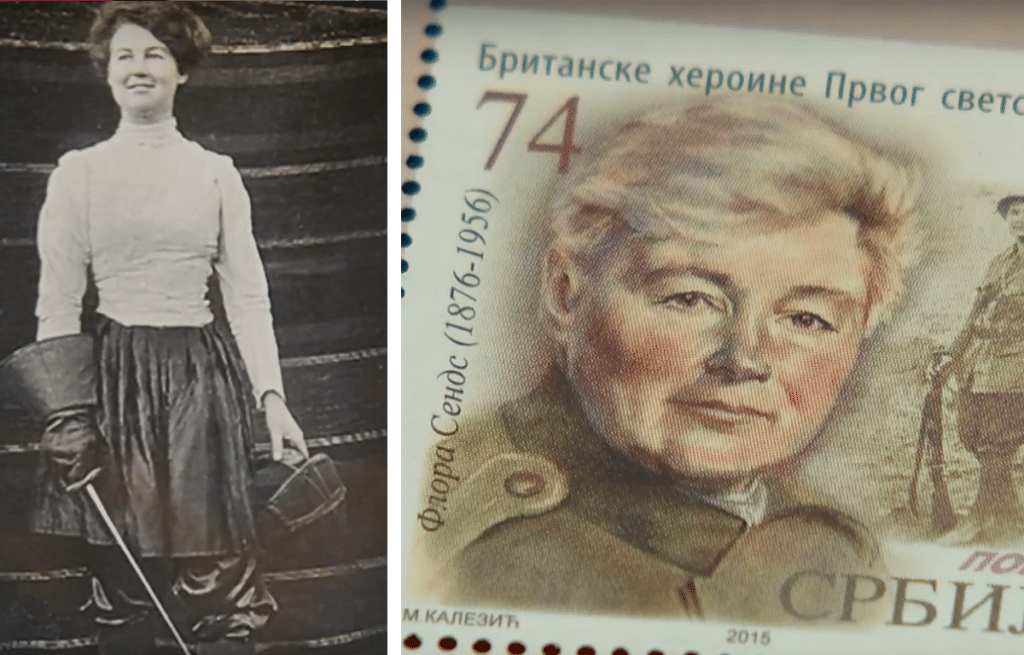 She welcomed the experiences, seeing them as an adventure full of romance and comradeship. She was so courageous in battle that her commanding officer, Colonel Milich, requested that she continue serving in the army. For her, it seemed natural to go from a nurse to a soldier.

“I seem to have just naturally drifted, by successive stages, from being a nurse into a soldier,” she said.

She served her regiment well, with valuable skills in riding, combat, shooting, and medical skills. Not to mention, she spoke several languages and had a wicked sense of humor she used to endear herself to the men and woman around her who came to hold her in awe. 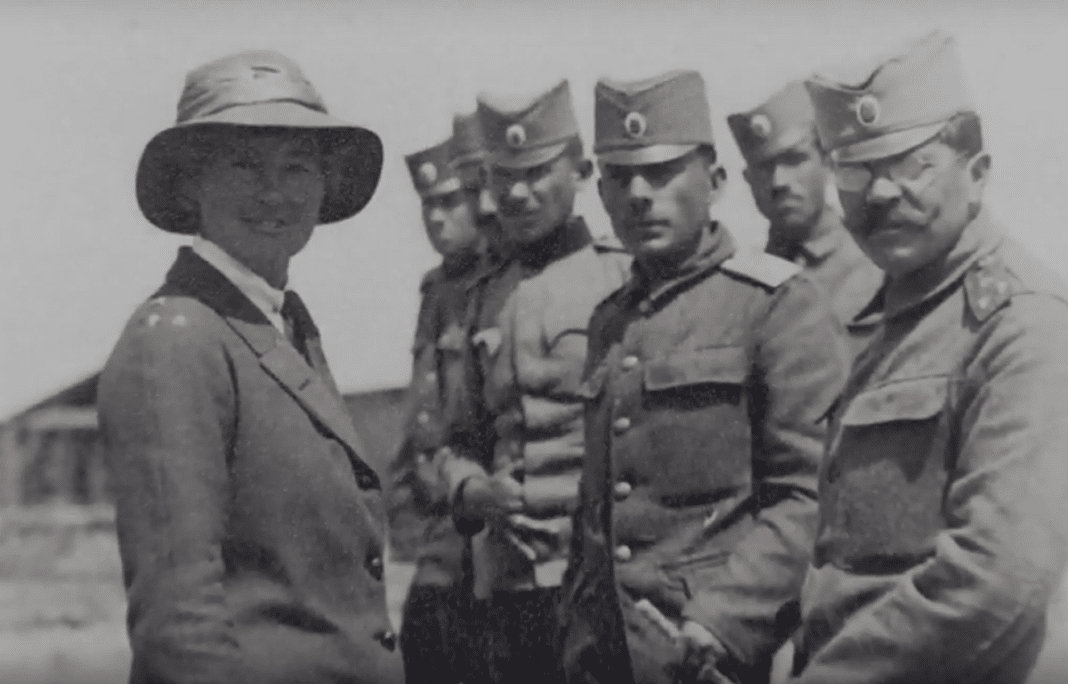 She wrote a book about her experiences and An English Woman-Sergeant in the Serbian Army, to raise money for the Serbian military and was hailed as “a modern girl” in the British press. But she was just beginning. She went back into the battle of her own free will in 1916 and was wounded by a grenade. While in the hospital, she was promoted to the rank of a Sergeant-Major on her own merits. She received the highest honor of the Kara George Star. Afterward, she served as an unofficial ambassador and traveled around the world. 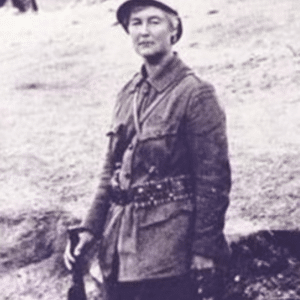 She was married at age 51 to an officer of the Serbian army, published a second book, and was promoted to the rank of captain. At age 65, she and her husband were imprisoned by the Nazis and was released, on the condition that she report to the Gestapo. After the war, she returned to the UK as a widow and passed away at the ripe old age of 80. She became a heroine in Serbia with a street named after her in the capital of Belgrade. Yet in the UK, she remains little-known, remembered only by a plaque in her home village in Suffolk.

Captain Flora Sandes achieved a higher rank, with a more distinguished war record than almost any man that fought in World War I. Her accomplishments are even more astonishing, considering the times in which she lived.

See more in the video from ITV News below: