107-Year-Old Has Been Working In Barbershop Since Age 12, And Is Still Cutting Hair Full Time 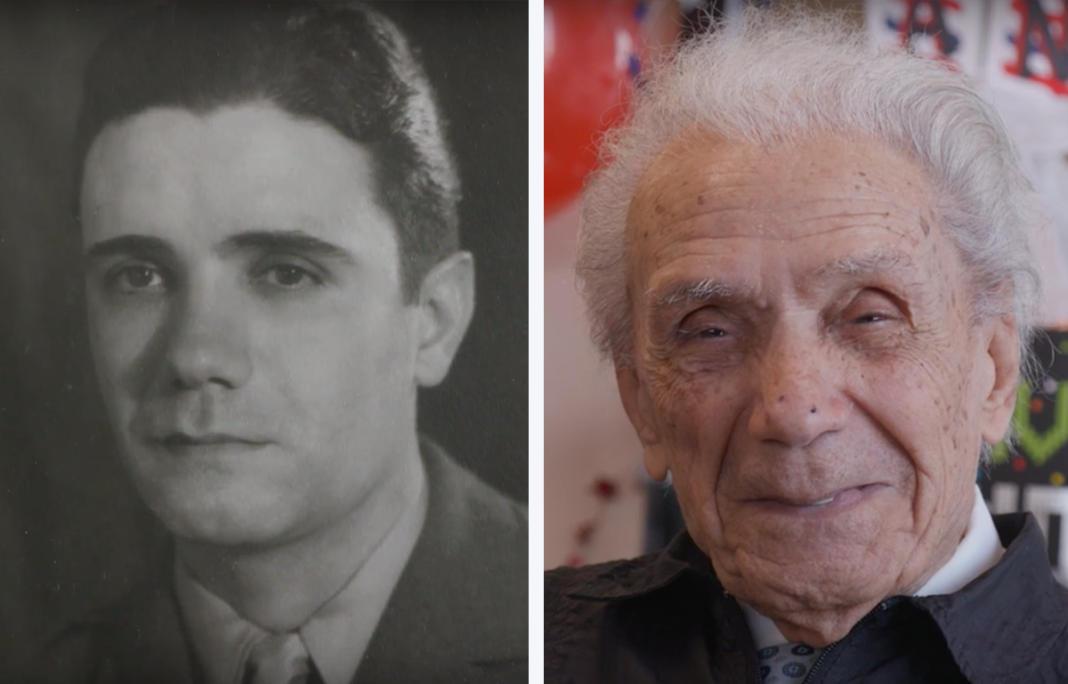 Most of us hope to retire one day, but not Anthony Mancinelli of New Windsor, New York. He has no plans of retiring, and every year he is breaking his own World Record as the “World’s Oldest Barber.” Eleven years ago, Mancinelli broke the record at age 96. Today, he’s 107, and still going strong, working five days a week for eight hours and outpacing the 20-year-old stylist, Jen Sullivan, who works in the chair next to him.

“It’s just amazing that he still works full time,” she said. “Weekends here can get crazy — even I get tired of being on my feet — but he just keeps going,” said Sullivan.

Mancinelli started work at the age of 12 after coming to the United States from Italy in 1919. Back then, a haircut cost 25 cents. Former President Warren Harding was in the White House. Today, the cost is $19 at Fantastic Cuts hair salon.

If there is a secret to longevity, Mancinelli doesn’t know what that is, or he says he would have shared it with all the loved ones that have passed away before him. He suggests it could be because never smoked or drank heavily, and he is satisfied by working hard. He has remained in perfect health, taking no medications, requiring no glasses, and standing on his feet for most of the day.

“He never calls in sick. I have young people with knee and back problems, but he just keeps going. He can do more haircuts than a 20-year-old kid. They’re sitting there looking at their phones, texting or whatever, and he’s working.”

Not only that, but Mancinelli’s fame brings the salon lots of business. The former World War II Army veteran is a frequent choice for grand marshal of the New Windsor Memorial Day Parade. The Orange County legislature named his birthday, March 2, as Anthony Mancinelli Day. It’s not surprising that the salon gets constant calls from reporters who want to know more about the centenarian barber. In fact, people come from all over the world to sit in his chair for a haircut.

This remarkable man does everything for himself, including cutting his own full head of snow-white hair. He drives to work, lives by himself, pays his own bills, cooks for himself, does his own yard work and laundry, and enjoys watching pro-wrestling on TV. His 81-year-old son, Bob, still gets his hair cut by his father.

He gets up and keeps going, visiting the grave of his beloved wife of 70 years, Carmella, every morning before work. He says keeping busy helps him to stay upbeat although he has missed her since she passed away 14 years ago.

Anthony Mancinelli is on his way to break yet another World Record on his birthday on March 2, 2019. We can’t wait to see the celebration.

More from his 105th birthday celebration below: