Meet The Adorable Newest Member Of The National Zoo! 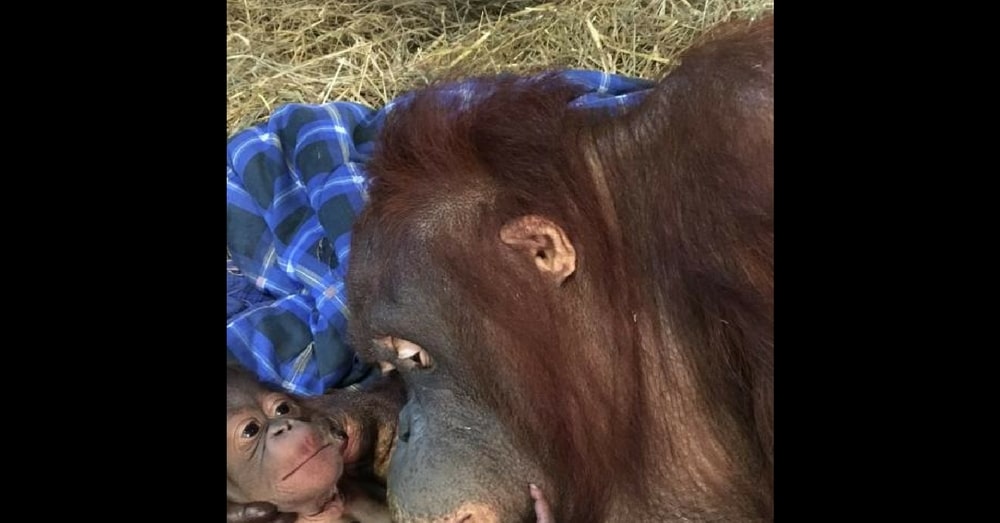 For the first time in 25 years, an orangutan was born at the National Zoo in Washington, D.C. 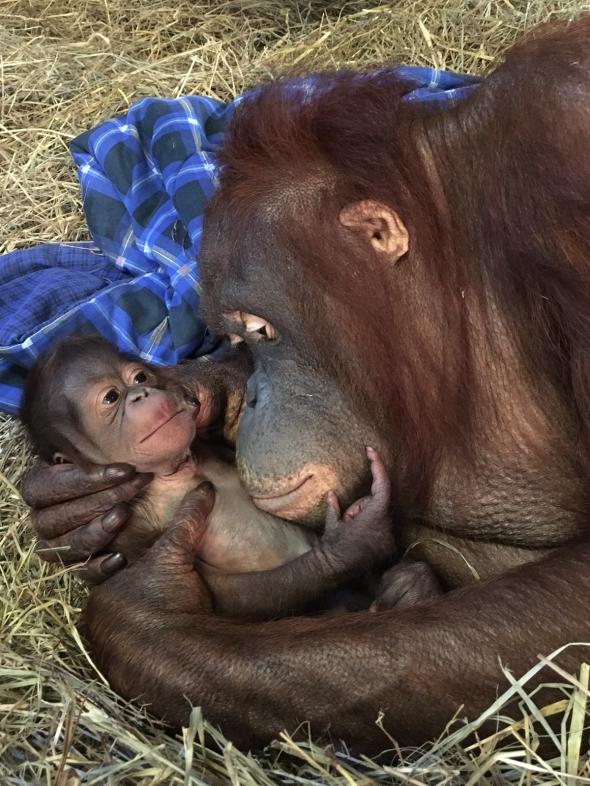 A newborn Bornean orangutan lies in its mother’s arms at the National Zoo in Washington, D.C.
PHOTOGRAPH BY ALEX REDDY, SMITHSONIAN’S NATIONAL ZOO

Staff at the zoo say the male newborn has been nursing and clinging to his mother, a Bornean orangutan named Batang, since his birth Monday night. According to a statement from the zoo, the staff “are cautiously optimistic that the newborn will thrive.”

Bornean orangutans (Pongo pygmaeus)—which, like Sumatran orangutans (Pongo abelii), are a critically endangered species—give birth about every eight years. And for the past three years, National Zoo staff have been training Batang to care for an infant. They’ve also trained female orangutans Bonnie and Iris to act as surrogate mothers in case Batang is unable to care for her baby.

Read more about this historic baby orangutan at National Geographic!