Mechanic Sees Something Crawling On Side Of Road, Then Makes Horrifying Realization 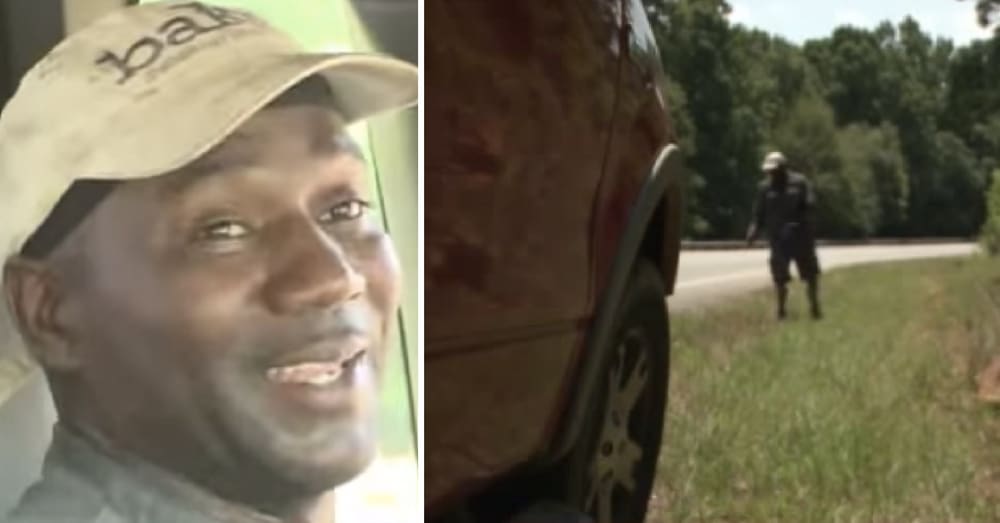 Bryant Collins was driving on the highway one day when something caught his eye on the side of the road. He didn’t believe what he was seeing so he slowed down to get a better look.

His eyes weren’t deceiving him – there on the side of the road, about to crawl onto the highway, was a baby girl!

Bryant immediately pulled over and scooped the baby up before she could come to any harm. He then called police to tell them what he had found.

The 15-month-old had apparently crawled over an embankment and through the woods to get to the highway. Police don’t know how she managed her great escape, but her negligent father has been arrested and her mother may follow.

Prison is something Bryant is all too familiar with. He spent a decade behind bars for manufacturing cocaine.

While he served his time, though, Bryant determined that he would leave a different man.

“I can’t come home like I came to prison.” he said.

Bryant has now been out of prison for five years and knows God put him in the right place at the right time so he could save that baby girl.

“It made me feel good that I could, you know, be in society and do good,” Bryant said. “Just as well as you can do bad, you can do good.”

Were you amazed and inspired by Bryant’s story? So share this!