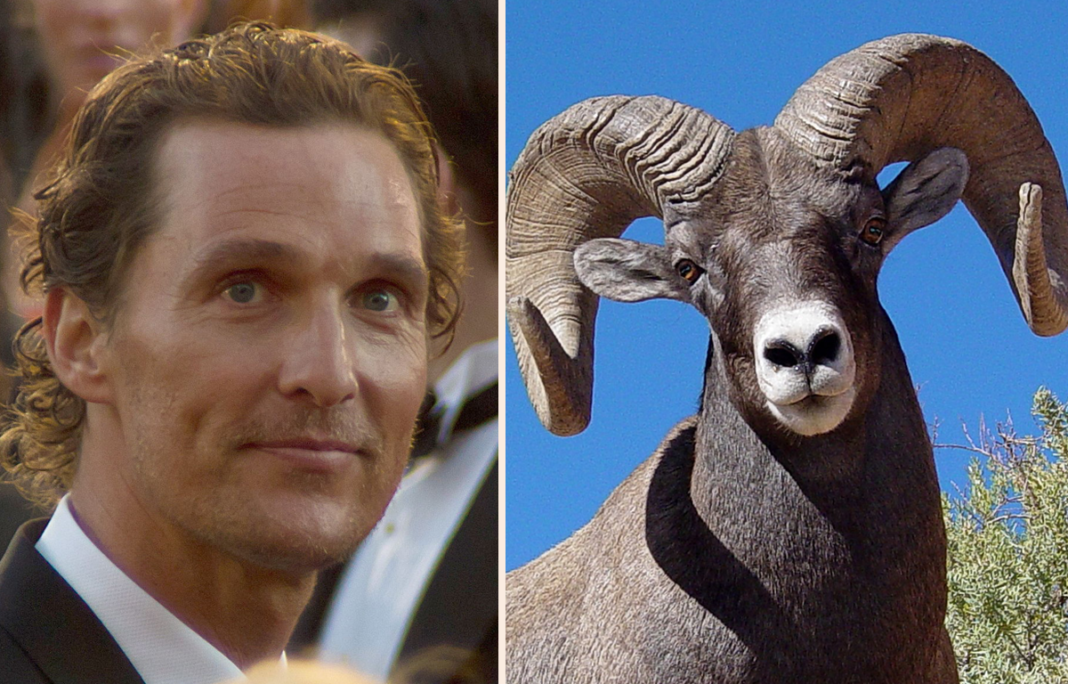 Would you believe someone who claimed they had to throw their baby 15 feet into the air to save them from a charging mountain ram?

“I got charged by a mountain ram at the edge of the Grand Canyon and had to throw my 6-month-old child 15 feet into the air to save him.”

Fallon and Trotter then had the opportunity to interrogate the actor to see if the far-fetched story could actually have been true. They find out the alleged incident happened in 2004, and that the baby was Levi, their eldest son, who is now 10-years-old.

Matthew McConaughey Reveals He Once Saved His Son Levi From A Charging Mountain Ram https://t.co/PPv61hQTGu pic.twitter.com/vjfCkmc83S

“Afer I’d already gotten rid of the dog, I had to launch Levi through the air for my wife to catch so we didn’t get rammed off the edge,” says McConaughey.

“So you saved the dog first,” notes Fallon to roars of laughter.

“The dog was the one that was pissing the ram off,” explained the actor.

The dog was BJ, pictured below:

#tbt Me and bj in office on the road pic.twitter.com/iaxdFn1ydX

Fallon and Trotter hear the buzzer and have to decide if the story is true or a lie. To Trotter’s surprise, McConaughey notes:

After he passed his son to his wife, who was in position to make it safely out of harm’s way, McConaughey had only a cherry bush “the size of my pinky” to shield him from the advancing ram.

“This is not gonna save me at all,’ ” McConaughey explained.

He would have to face down the ram, summoning his inner Jedi.

“I just tried to go as Yoda as I could with this ram and to say, ‘Not me,’ whatever it is, and he was kicking dirt and everything.”

Then they realized why the ram was acting so aggressive.

“..and he hops off and swings back around and we look over to the other side. His harem is on the other side so we were between him and all of his ladies,” he explains.

The aggressive ram was protecting his herd.

“He didn’t want any other male scent on his mountain.”

McConaughey wisely deferred to the ram.