Marine Son Receives Wedding Gift From Dad 9 Years After His Sudden Death: ‘I Was Shaking’ 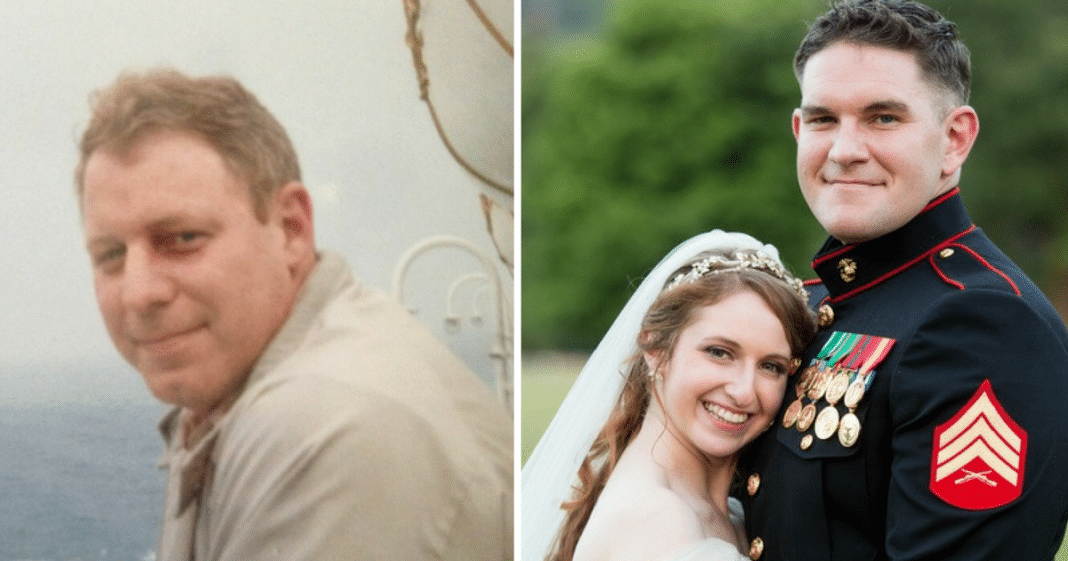 There’s a point when children see their parents as living, breathing, hurting, imperfect human beings. They aren’t these superhero beings that glide through life. They’re not without faults. Some children have a difficult time coming to grips with this reality and the choices their parents make. Here’s one marine’s story of how he overcame the loss of his father and forgave him for his decisions he made in life.

This story originally appeared on Love What Matters. It was submitted by Charles Gallagher, 29, who is currently stationed in Maryland. 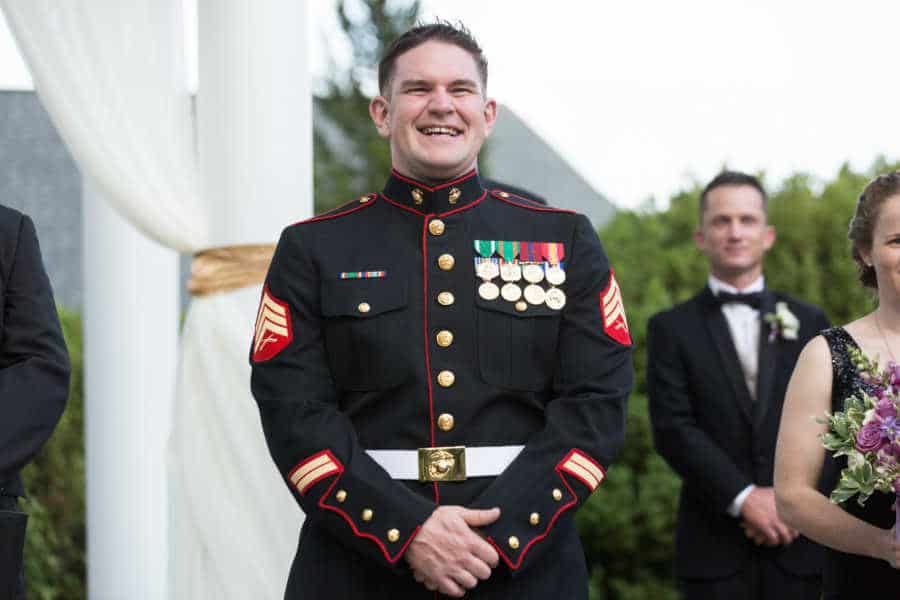 “The relationship with my father is tumultuous at its center. Growing up my dad had a lot of issues  that he never really worked through, so he did what he saw from his own father growing up. He  turned to alcohol. He struggled with this addiction through most of my childhood and it finally got  the point where he had to leave. It broke my heart because my father was my hero. He talked about his time in the Army and the great memories he had. He would make me breakfast most Saturdays and  sit down and watch old Looney Tunes. He gave me the appreciation I have now of John Wayne, Clint Eastwood and musicians like Neil Diamond. I knew two sides of my dad. The man that cared more about his family than anything, the man that would give the shirt off his back to help a stranger, and  the other side. The man who struggled with his own demons and never could get past them.

“When I was around 10 my father moved out for the last time and stayed local in the area. He would call weekly and sometimes I would talk with him. I was so resentful towards him for not choosing his family over his own issues. He always talked about how much I was going to do in my life. How  proud I was going to make the family one day. He talked about the honor that was important to my family heritage and history, he always made sure I knew that I was the 4th Charles Michael Gallagher and one day when I had a son, I would pass that name down to him. Even with all this talk  he still failed some days in his ability to be the father figure that he always wanted me to see him as. I couldn’t forgive him and couldn’t get past the pain that it caused my mother and sister and me.

“I was 13 when I knew I wanted to join the military. I can account most of that desire with my dad and cousin, Ben. I saw the pride that my dad held for those who served and how much he respected them. I saw my cousin leave for the Marine Corps as a man who struggled with authority and had a chip on his shoulder, come back a man. Someone who carried himself with pride, who respected his elders and protected the people he loved. It influenced me greatly actually.

“When I was 16 Ben had just finished his last tour overseas and was getting out of the Marine Corps. I told him I was serious about joining and wanted him to drive me to the recruiter’s office. When I got there and told the recruiter I wanted to be a Marine, he looked at me and flatly told me it ‘wasn’t going to happen.’

“Now for context I was 16 years old, 6 feet 1 inch tall, pushing 300 pounds and around 38 percent body fat. I couldn’t run more than a quarter mile, I couldn’t do a single pull-up, and I couldn’t do the required amount of crunches to pass the initial strength test they needed. In short, there was no way this was going to happen.

“I felt crushed and heartbroken, my dream to serve in the military wasn’t going to be possible. But as we left the recruiter’s office my cousin said he would train me and help me lose weight. He knew that this is what I wanted for my life and he knew this was the only thing I was going to be happy with.

“Over the next 6 months he trained with me daily. He taught me what to eat and what not to eat. He wouldn’t let me quit when it was too hard, he pushed me past what I thought was humanly capable for myself. There were days I hated him and his iron will to not let me stop. 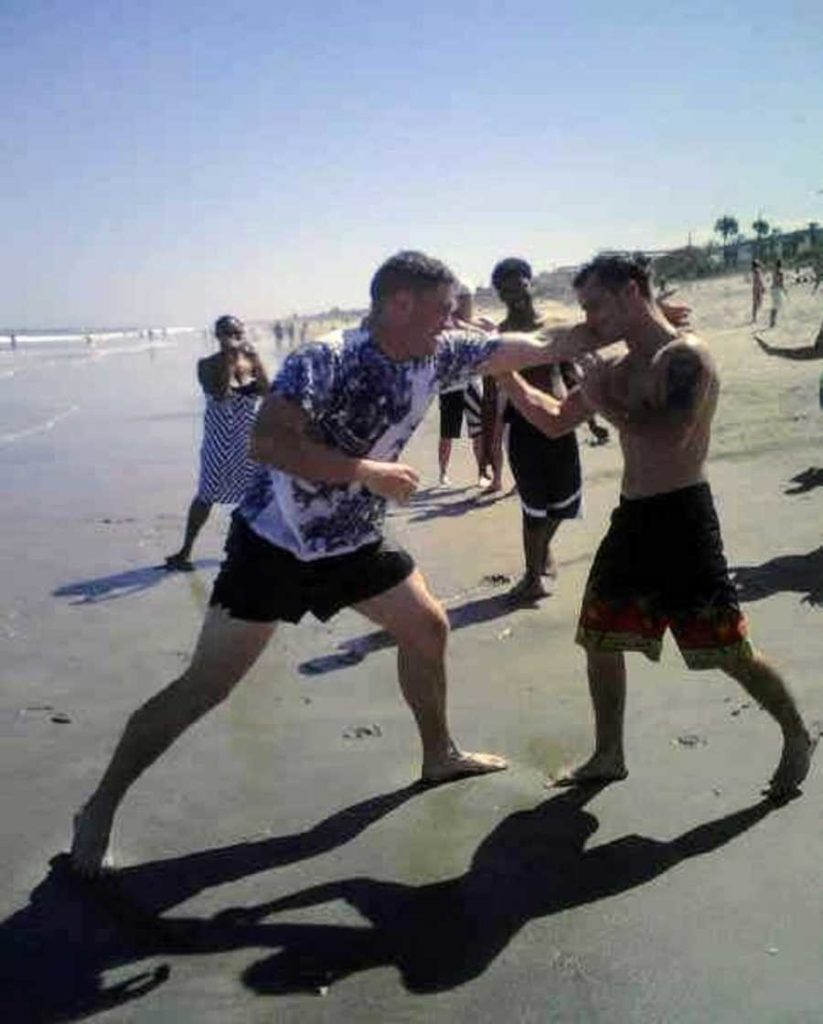 “But then things started getting easier. I could finally do a pull-up, I could run for 2 or 3 miles without feeling like I was dying. In short, he helped make my dream a reality.

“I walked back into the Marine Recruiter office 60 pounds lighter and, to them, a completely different person.

“Later on that year, around July 2007 I went to a church function that changed my heart at its core. I was able to face my fears of my dad, my resentment, my feelings of betrayal and hurt. I was made whole in more ways than one. After I got home from the retreat I called my dad for the first time in 3 years. By this time he was living in Pennsylvania and living his own life. He was so happy that I called but I was still feeling so afraid of what we had to say. He knew how I felt about him and he knew how hurt I was. About halfway through the phone call he sensed that I had something I needed to say. It literally rushed out of me.

“‘Dad, I just want you to know that I forgive you. I prayed a lot about it and I forgive you. For the longest time I felt that you had chosen alcohol over your family, over me. I hated you for so long for hurting me so deeply, for wounding me like no other person could. But I see now that I can’t hold on to that. I can’t not love you through this. I love you so much and I’m sorry that I was so angry for so long.’ 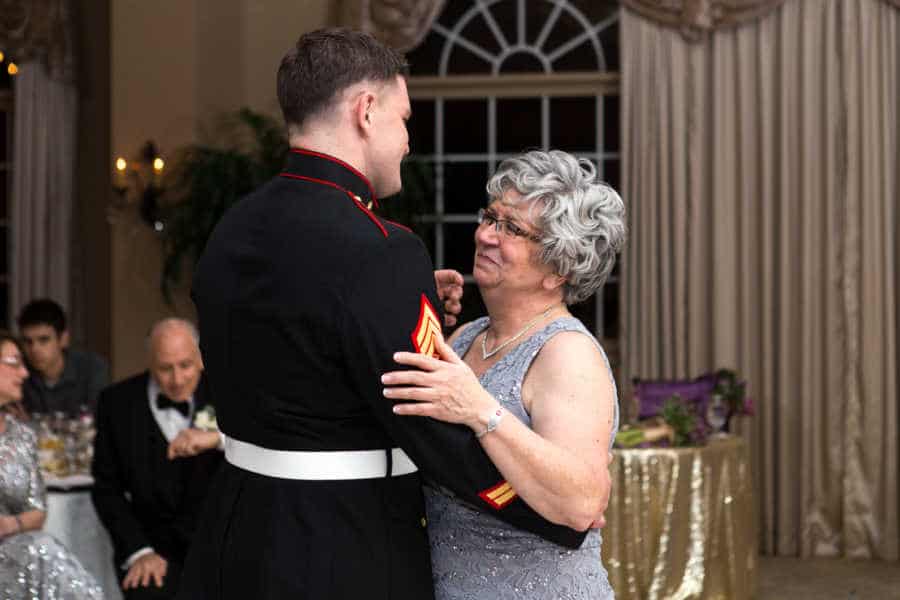 “I could tell he was hurt by what I said, but also relieved. He had missed his son. He said ‘thanks’  and told me how proud he was of me. For the first time in my life I knew he meant it. He said it sober, clean, and from the heart. I don’t think I ever loved him more than at that moment. After we talked about that, I told him I was planning on going to Marine Corps Recruit training a few months later and really wanted him to come to my graduation. I could literally hear the tears in his voice filled with nothing but love and pride for me and my decision. He said he wouldn’t let anything stop him from coming. I said, ‘I love you,’ and we hung up.

“My dad died October 23rd, 2007, without warning, without any pain. He had a tachycardia episode and it just never got back on point. He died in his sleep.

“We got a phone call from my aunt since she was the emergency point of contact for my dad his last few years. I can’t tell you the emotions I went through. Honestly, I just mentally checked out. I was numb for a long time. We had his funeral later that month and I spoke at it. I got to talk about all the best parts of me that came from him. I got to talk about all the good in him as a person. I got to see all the people through the years that he touched and helped make their lives better. It was honestly one of the most healing nights of my life.

“March 24th, 2008, I left for boot camp and graduated June 22nd. I was promoted early in boot camp and when my Drill instructors came to talk with my mom they told her that if they had an entire platoon of recruits with my dedication and heart, they would take them anywhere the battle was. I  know that part of my resilience and strength came from my father and my mother’s tireless love.

“Cut to 8 years later, I had reenlisted, met my soon-to-be wife, deployed twice and seen the world. I proposed to my wife through our mutual love of Disney and friends. I lucked out with her. My dad said, ‘Always love a woman with everything in you.’ I am lucky enough that my wife returns that with interest.

“When I was thinking about who I wanted as my groomsmen, I knew I wanted Ben there since he was such a major part in making my life into what it was. He accepted, and we made plans to meet up the night before with everyone else from my groomsmen party. But before everyone else showed up, he came to my hotel room and sat down with me.

“He brought out this pistol I had never seen before. It was nice. All black, 9mm with great heft and felt natural and comfortable in my hand. He asked me what I thought about it and I told him how great I thought it was and asked where he got it. 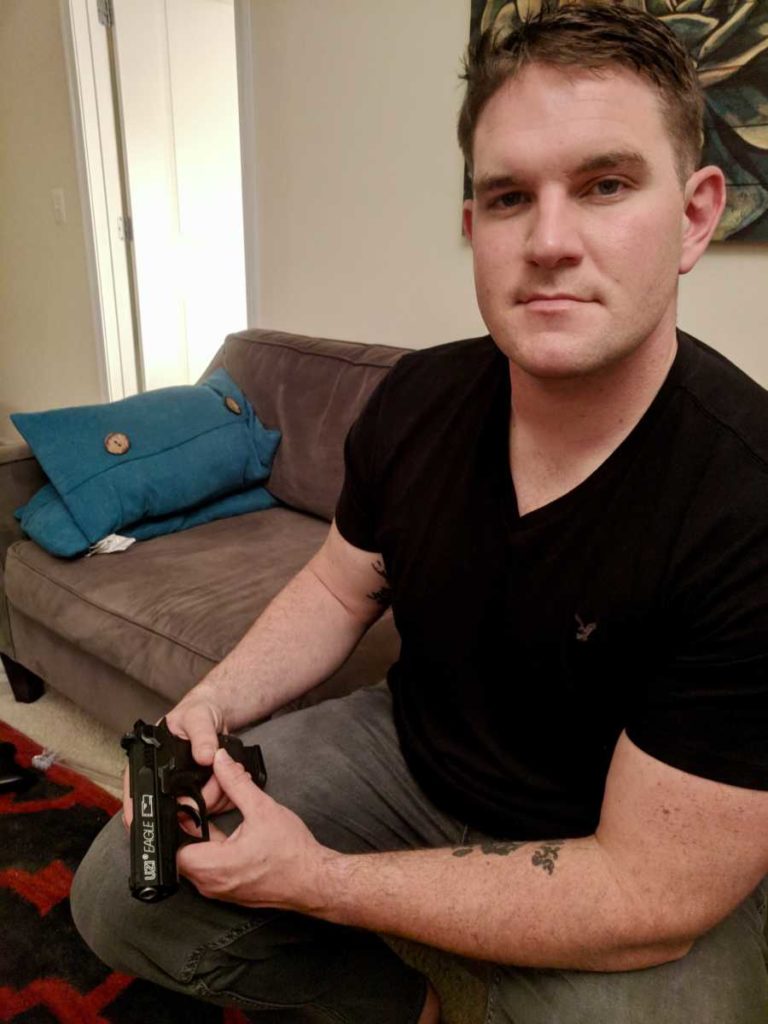 “I didn’t really understand what he was saying. My dad had been dead for almost 9 years. There is no way that this was from him. He then told me that when he was still in the Marine Corps, he had met with my dad and my dad had given him this pistol. He told Ben that one day when Ben felt I was a  man, or when I was getting married, that he should give this to me and tell me it was from my father.

“At this point, I couldn’t really see. The pistol was still in my hand and I was shaking and obviously silently crying. This must have happened sometime before I had even graduated high school. My dad had thought of this and wanted me to have something from him to help protect what was important in my life. He knew one day I was going to need something to protect me and what was mine when he was no longer there. It still makes me tear up even today when I think about what must have been going through his head and how much he really loved me. 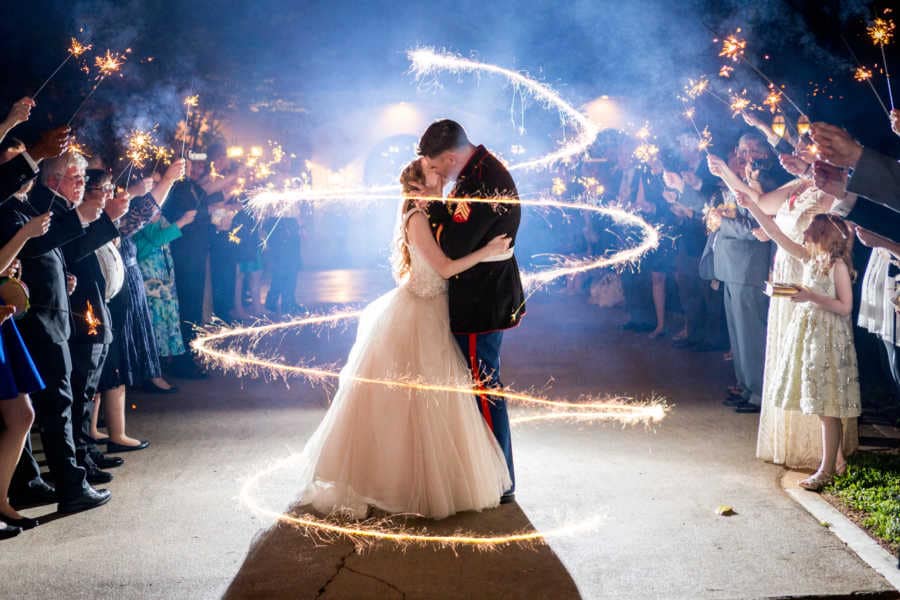 “I stood up and hugged Ben and thanked him for holding onto it for so long for me. I couldn’t put it into words. That pistol is now in my home. It shoots straight, fires reliably, and would continue firing through sand, dirt, and rain. He chose it because he wanted something that I could rely on in life. I think it was a way to make it up to me.

“I don’t just look at it as a weapon. I look it at now as a final act of love from a father to his son.”