Marine With PTSD Steps Up To Ledge Over Busy Highway. Then He Unfurls American Flag 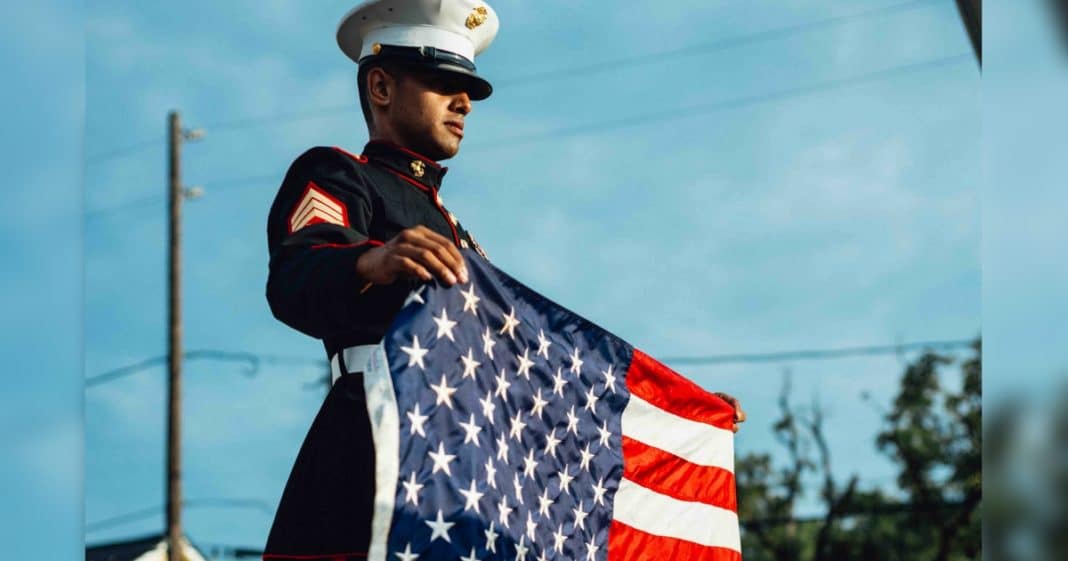 First thoughts when you see someone standing at the edge of a busy highway bridge? Mine would be of concern for that person, worried they are about to jump.

Many people have probably watched a similar scenario play out in movies or books, so it’s hard not to feel concerned about their intentions. Add in the fact that the person on the bridge edge is a Marine in military uniform, and the situation gets even scarier.

National statics show that 20 veterans take their own lives as a result of PTSD every single day. In 2014, 7,400 veterans committed suicide. Of those who took their lives, the majority did not seek out help.

Veteran Marine Mark Perez, a PTSD victim and survivor, wanted to raise awareness about the disease so that lives might be saved. He succeeded in making a bold statement and drawing awareness to the disorder by spending 24 hours on a Houston, Texas, bridge in full uniform while holding an American flag and waving to the cars passing below. During that time he also fasted from all food, only drinking some water to stay hydrated.

Perez is hoping to raise enough money to open a facility where veterans can go and get help. “I’m not proud to say it, but I’ve had several suicide attempts in my time. And I’m trying to do what it takes so no one gets to that point personally,” he said.

“We want to test trial the program,” he explained. “It’s a 90-day program boot camp for entrepreneurs where we are going to house them, teach them, and launch them into the real world.”

We applaud Perez for the way he is taking his own struggles and using them to help others in similar situations.

If you’d like to learn more about the program or support Perez in this cause you can visit his GoFundMe page.

Help us get this important message out to more people who are struggling with PTSD. Share this!