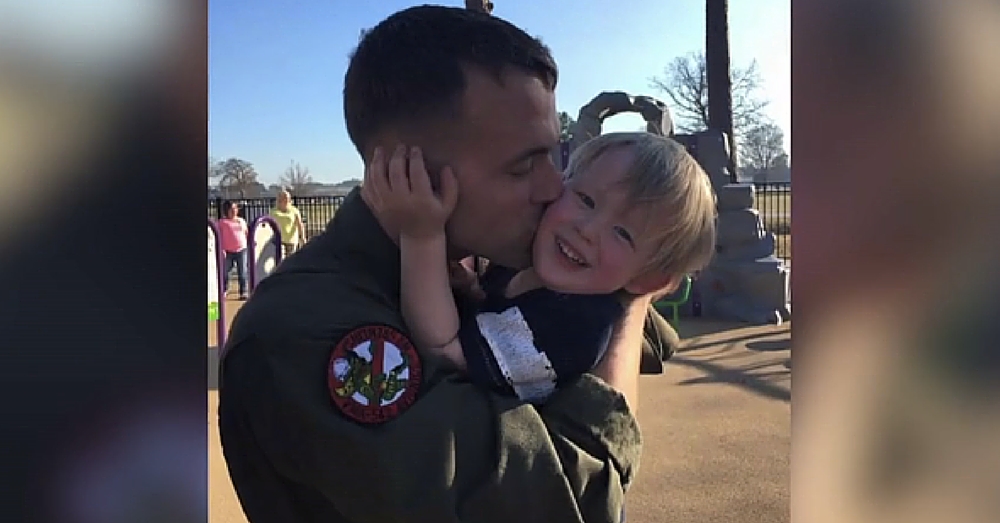 Sgt. York is getting ready to be deployed, and Priscilla doesn’t know how Bryson will respond to his dad leaving for so long. “If this (Bryson’s heart breaking) happens when his dad leaves for just a few hours,” she said, “I can only imagine how hard it’s going to be when he leaves for deployment.”

Knowing his absence will be difficult, Sgt. York came up with an amazing plan to help make the time apart a little easier – he would celebrate all of Bryson’s favorite holidays with him in the 10 days he had left before deployment.

“When John came to me with his idea, it melted my heart,” Priscilla said.

She runs a company called Holiday Traditions that sells children’s holiday goods, so they had the supplies they needed and got to work.

The family started over Mother’s Day weekend with some trick-or-treating. Sgt. York gave candy out to all the neighbors and then he and Bryson went door-to-door to collect it, the little boy dressed up in an adorable Paw Patrol costume. 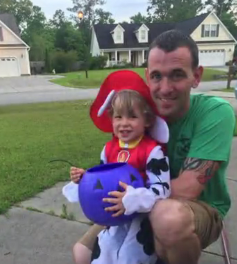 Next was Christmas. They set up a tree in the living room and Bryson got to open presents under the sparkling lights. 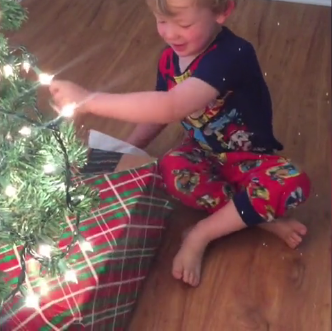 They also celebrated Bryson’s birthday a few weeks early. The tot got a cake and his birthday wish granted – a new bike. 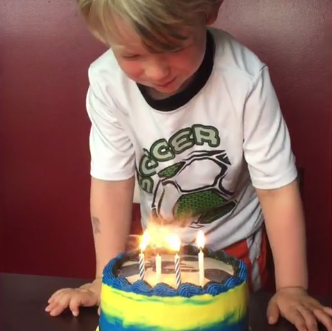 In keeping with the theme of celebrating holidays early, Priscilla gave Sgt. York an early Father’s Day present – a video compilation of the father and son’s holiday extravaganza.

“I swear he sat on the couch and watched it on repeat over 1,000 times,” she said. “It’s something he’s going to be able to cherish forever.”

We’re sure this special time spent celebrating all the holidays together is something Sgt. York and Bryson won’t soon forget. Even if they will have to be apart for a time, they have memories together that they can cherish during that time and beyond.

Did your heart melt when you saw this father and son celebrating together? So share this!