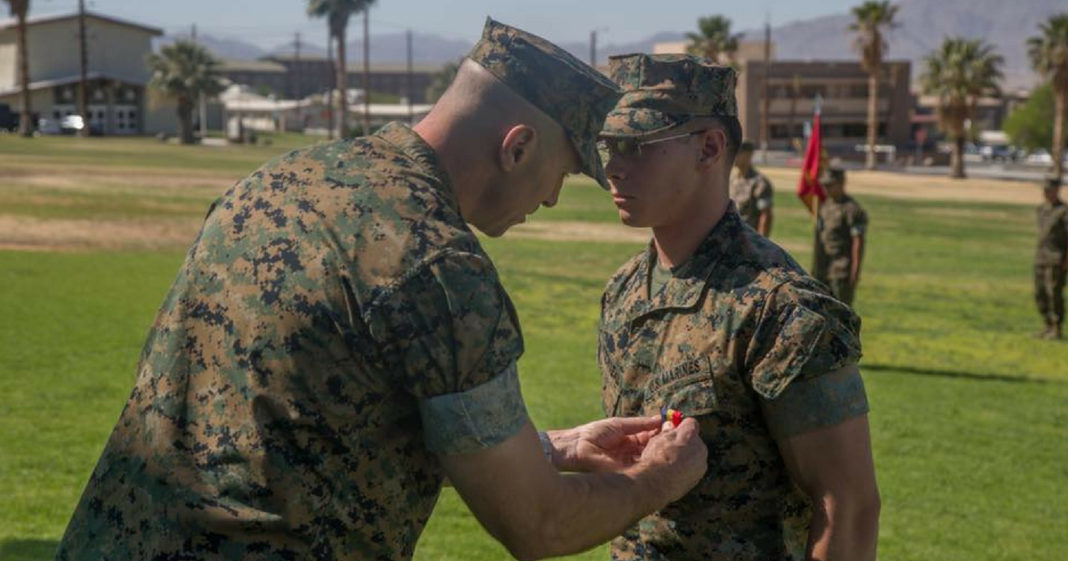 Many of us spend our days trying to keep cool indoors during the brutal heat of the summer months. Or if we’re lucky, we have a pool of our own to splash in. If not, we might be borrowing a friend’s pool.

Other folks choose to take a dip in a river and relax that way. The Salt River in Arizona is known for its strong current. The water has taken the lives of grown men. But two years ago, one little boy was fortunate enough to have an angel in the form of a marine save his life, denying nature another victim.

Lance Cpl. Tucker Watson-Veal was on vacation in September of 2016; he spotted a father in distress. The man’s son couldn’t swim. He was trapped in the river.

Watson-Veal didn’t hesitate. He planned his route. “No way I was going to swim against that current,” he said. “The Salt River is a very fast moving body of water.”

MCSO Lake Patrol Deputy’s are working a drowning at the Salt River near the Blue Point Bridge. Adult male victims has drowned. pic.twitter.com/zRs33w2GZo

The Marine ran a ways ahead of where the little boy was before jumping into the dangerous water. He quickly caught up to the struggling child and secured both of them to the side of the river.

Experience told him the little boy wasn’t in good shape. “He was not in very good condition, he needed to get out of the river very quickly,” he later said.

The child was suffering signs of hypothermia. Watson-veal held onto the boy as they waited for help. They were stuck in the section of the river where they’d need help getting out of.

Posted by The American Southwest on Sunday, April 29, 2018

Eventually, the Maricopa County Sheriff’s airboat found them and hauled them to safety. The river could’ve claimed two more lives that day, but thanks to Watson-Veal, he’s a hero.

“I grew up in Arizona and spent many years on the Salt River, so I knew exactly how much danger that kid was in and the danger my son put himself in jumping into that river,” the soldier’s mother said.

“I cannot remember the statistics now but there have been many deaths on the Salt River.”

The Maricopa County Sheriff’s Office knew this as well. They reported the incident. It was later determined that Lance Cpl. Watson-Veal risked his own life by jumping into the river and swam across a deadly current to save the life of a child.

They wrote: “Due to the river’s current and cold water temperature, it is the belief both subjects could not have held on for much longer, and Tucker saved Alex from possibly drowning.”

In May of this year, the brave soldier was awarded the Navy and Marine Corps Medal for his heroic actions. The medal will commemorate his gesture. But it will never be forgotten by a grateful family.