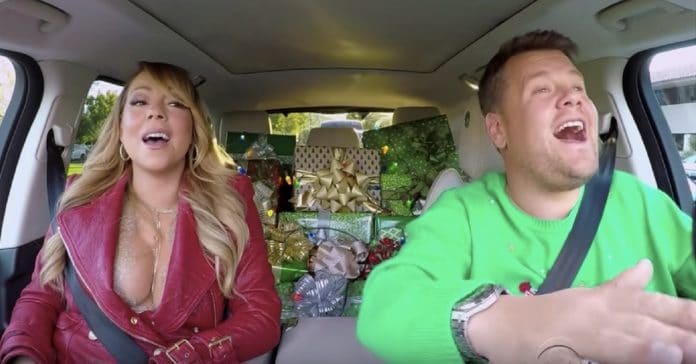 The Late Late Show host James Corden has become a household name recently, in no small part to his viral “Carpool Karaoke” videos. Each video features a celebrity singer or band driving around with James singing along to their songs.

The videos have become a worldwide phenomenon and millions tune in to see their favorite singers joking around in the car with the lovable host.

It turns out, though, that Corden has been keeping a big secret all year long, and that secret was finally revealed during a special Christmas Carpool Karaoke with singer Mariah Carey.

Carey’s “All I Want for Christmas Is You” has become a holiday staple, so of course she and Corden had to sing it together. The big surprise, though, is that Corden has been recording that same song with most of the singers he’s driven with this past year, and he mashed all of those videos together into one star-studded version of the holiday classic that is sure to get you in the Christmas spirit!

Click below to watch the fun video, which includes singers Adele, Elton John, Lady Gaga, and more, for yourself. If you’re anything like us you’ll be watching this on repeat!

Did you love this special Christmas Carpool Karaoke as much as we did? So share this!