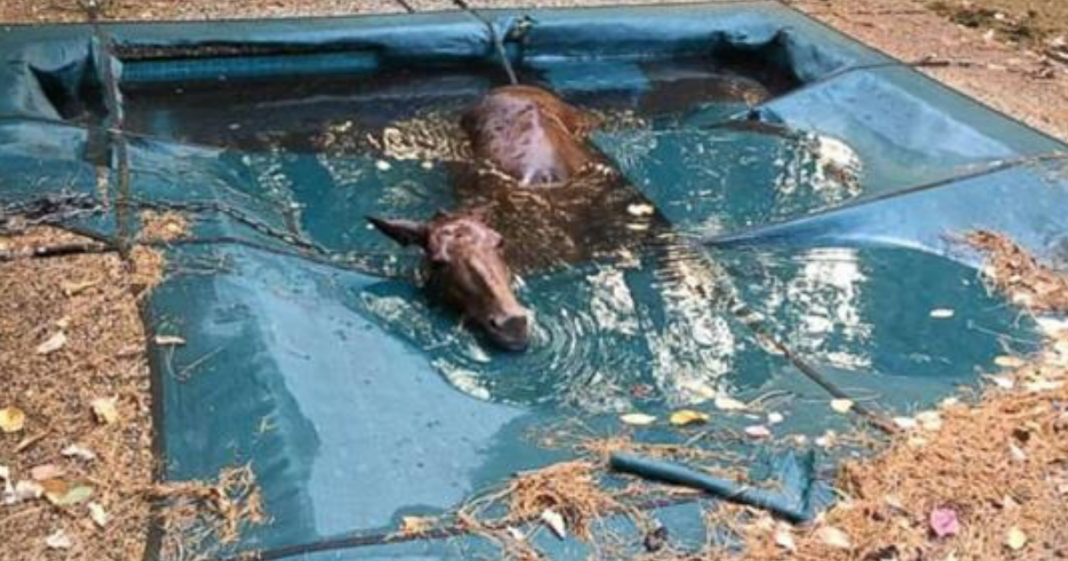 As we reported earlier, pets and wildlife have suffered along with people who have lost their homes and everything they own in the raging California wildfires.

One Northern California man lost everything in the Camp Fire. His childhood home, in which he still lived, was destroyed. 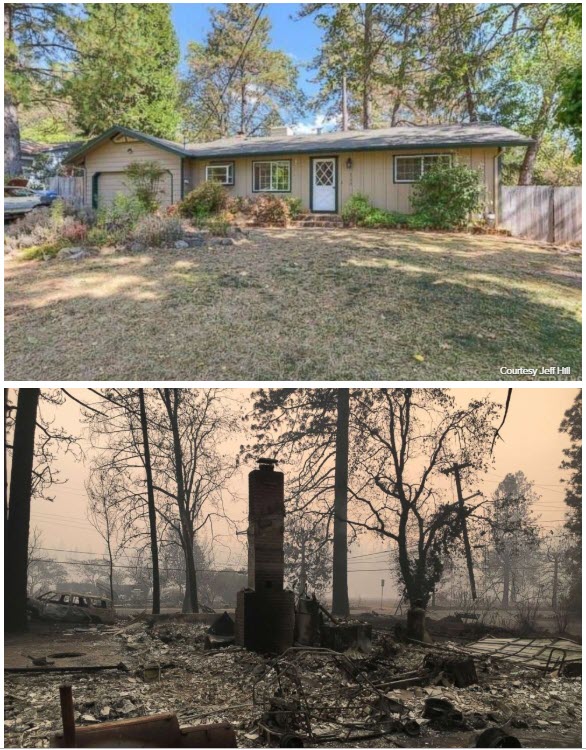 But Jeff Hill, age 29, didn’t let that stop him from putting his energy into rescue efforts, and those efforts included animals.

On Sunday, Hill returned to Butte County, the community where his home once stood, to check on a friend’s father who had not been evacuated. Once there, he thankfully discovered that his friend’s father’s home was one of the few that had not been destroyed by the fire.

“We expected to find the remains of his dad,” Hill said. “The house was still standing, and his dad made it out alive.”

After finding the father’s house intact, they saw a mule pacing nervously back and forth in the backyard. When they went to check on the mule, they saw another mule trapped in the swimming pool on the property. 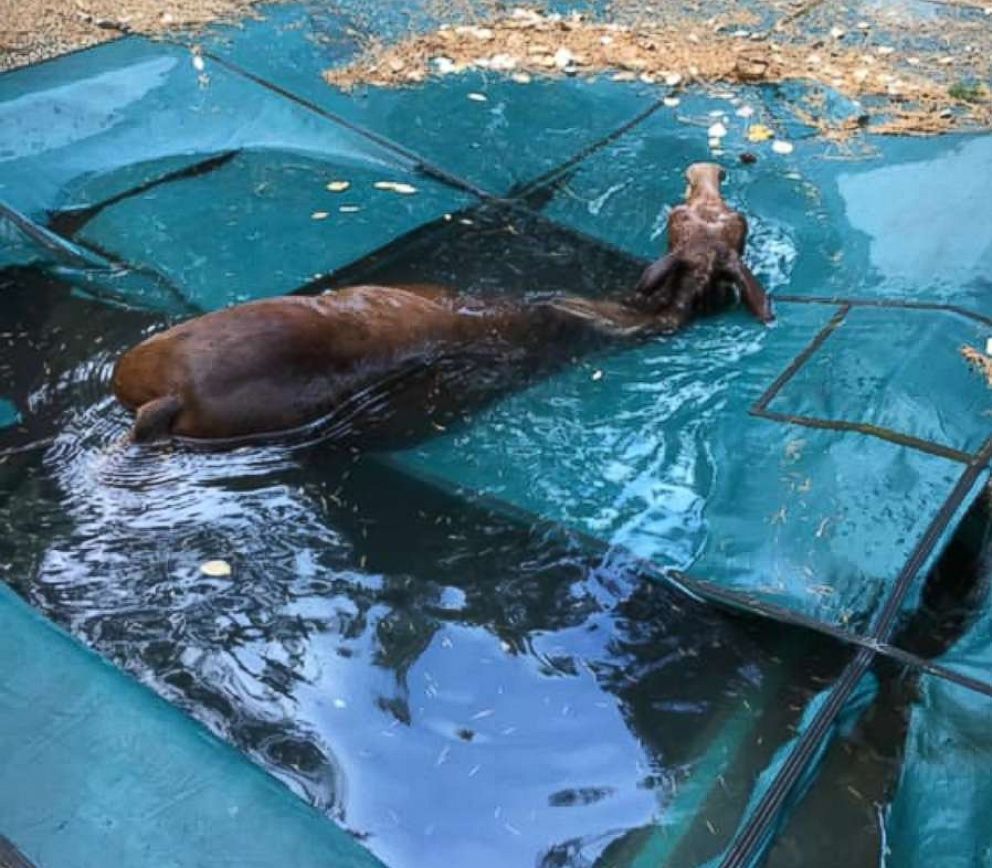 The mule had become trapped in the pool cover and had seemingly given up.

[She] “had the look of defeat in her eyes,” Hill said.

“There’s no telling how long she was there but she was shivering uncontrollably and ultimately lost her fight,” he wrote on Facebook. “She was all caught up in the pool cover but her being suspended by it prevented her from drowning.”

Her rescue was nerve-wracking, however. Once Hill and another resident go the straps cut to release her, she was so exhausted that she went under water. The men had to float her to the shallow end so that she could stand. They put a chain around her neck and slowly walked her up the steps of the pool to safety.

“She came up and put her head in between us, let us love on her a little bit as a thank you,” Hill said. 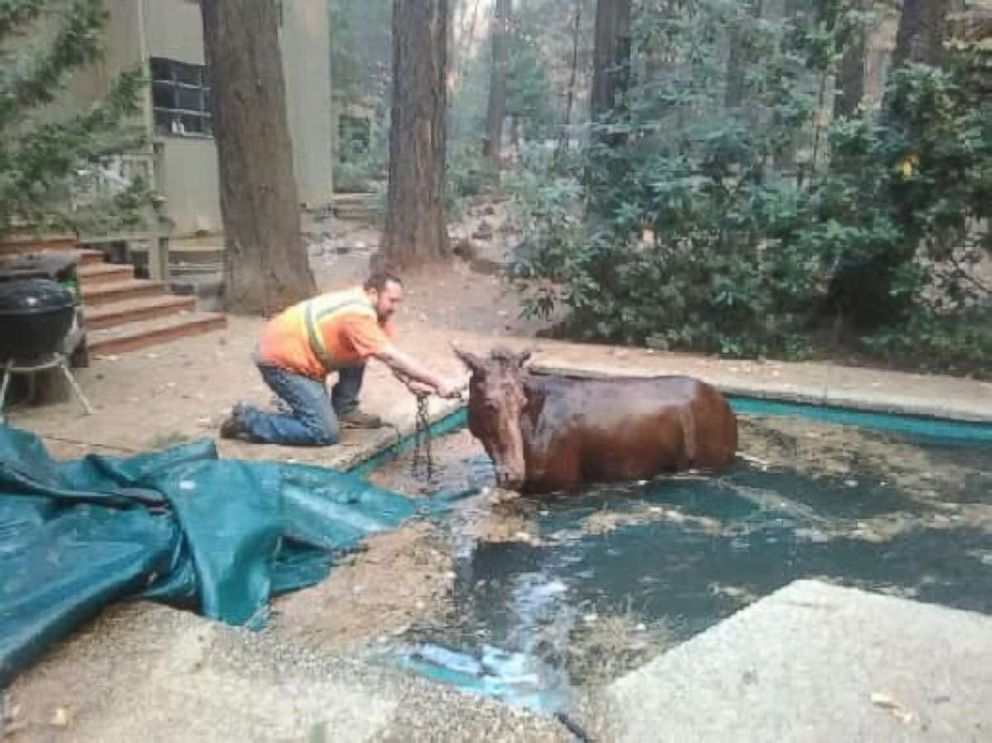 “As she was walking away, she looked back at us one more time,” Hill said. “I felt it was reassurance, saying, ‘I’m OK,’ and ‘Thank you.'”

Authorities estimate that several thousand animals have been lost in the wildfires. In all of the devastation, it’s uplifting to see some positive stories.