Man Walks By Hospital In Bitter Cold, That’s When He Realizes What Guards Are Doing To Patient 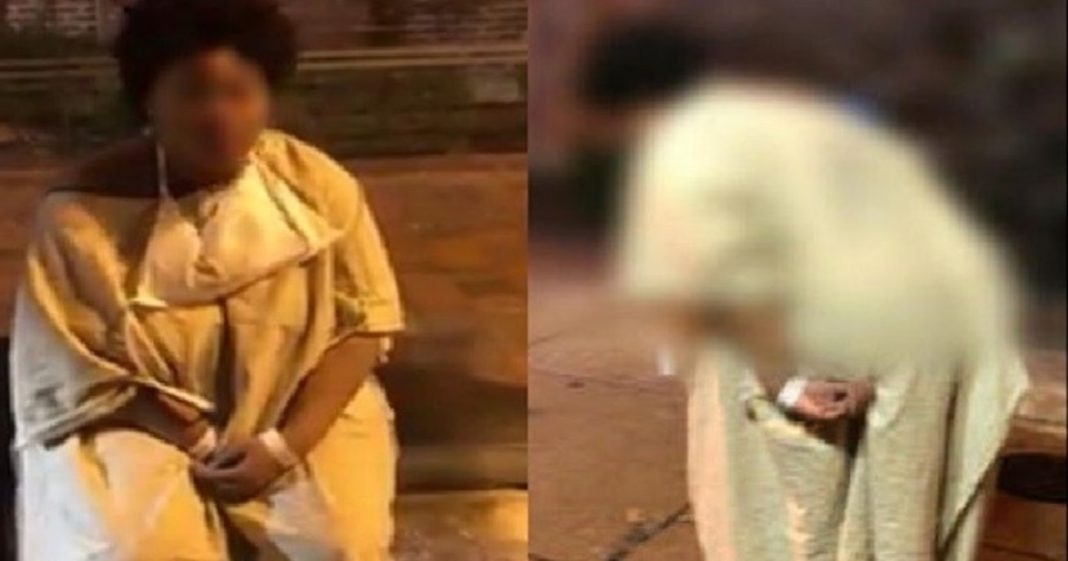 Homeless people and those who live below the poverty line don’t always get the same treatment – medical, social, emotional, and mental – that those of a higher status will get. It is the reality of our country, and it should not be ignored.

In a story posted by CBS News, we see the true gravity of how this injustice and neglect operates in some states.

Imamu Baraka, of Baltimore, Maryland,was taking a stroll past a Baltimore hospital late in the night when he had a heartbreaking encounter.

Guards of the hospital brought a patient out, still clothed in the hospital gown and socks, and left her outside in the winter temperature.

“It’s about 30 degrees out here right now,” Baraka says as he records the situation. “Are you OK, ma’am? Do you need me to call the police?” he asks.

Apparently, there is a name for this unfair treatment, and it is called “Patient Dumping.”

According to the article, “In 2007, ’60 Minutes’ investigated the practice of removing homeless patients from Los Angeles hospitals and leaving them downtown.”

Though we are not sure of the exact reason this patient was “dumped,” in most cases, it is because they have no insurance and/or other financial issues.

“Come on and sit down,” Baraka repeatedly instructs the patient. “I’m going to call and get you some help.”

University of Maryland Medical Center came out and made a statement about the unfortunate handling of this patient, saying they “share the shock and disappointment of many who have viewed the video. In the end, we clearly failed to fulfill our mission with this patient.”

The man called the police to inform them about what happened with this patient. When the medics arrived, they transported her back to the same hospital. An investigation is in progress, and hopefully this patient receives better treatment this time around. Thankfully, actions will be taken if any hospital employees were inappropriately involved in how this woman was treated.

Thank you for your compassion and assistance, Mr. Baraka. Who knows what could have taken place had you not been so kind and concerned!