Man Tries To Rape Woman In Bathroom, Football Player Takes Bullets In Attempt To Save Her 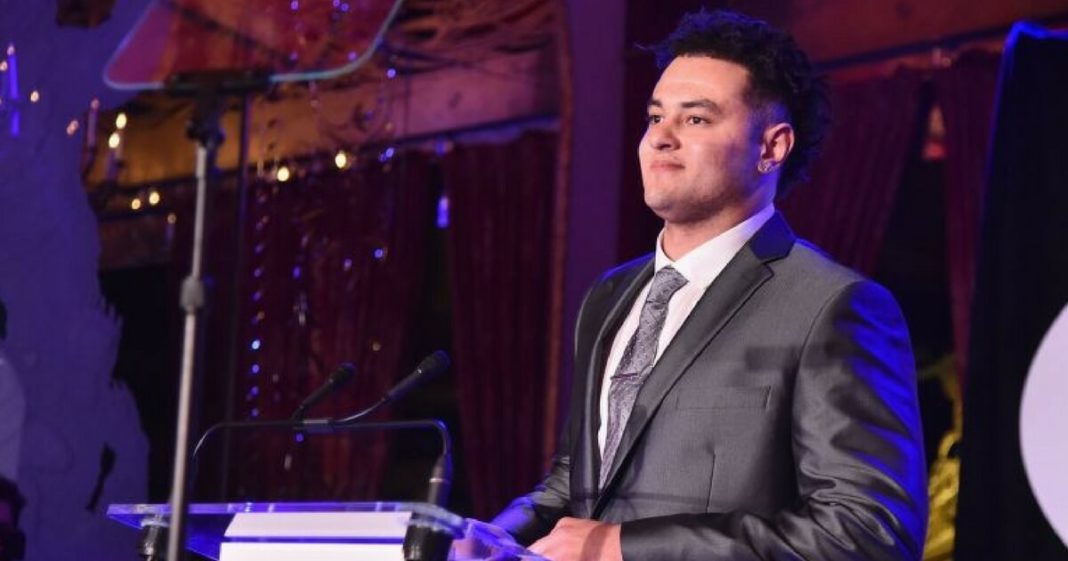 How many times have you been a bystander, observing something going on around you and you remain silent and quiet? How did you feel when the incident was over? What happened as a result of your silence? Was someone harmed? What could’ve changed if you’d intervened?

Kyle Richard is a junior at SUNY Cortland in upstate New York. He’s also a linebacker and the varsity team captain for their football team. Last July, Kyle and a group of friends from high school went to a party on Long Island.

A group of strangers showed up. He decided to head home. As he was leaving, Kyle heard a woman screaming from inside a bathroom. “I didn’t know what was going on,” he told  BuzzFeed News. “I just knew something was up.”

The kinesiology major and his friend decided to take action. The two men broke down the bathroom door and found a man holding a woman by the neck.

As Kyle attempted to talk to the woman, her attacker fled. Kyle and his friend gave chase. They confronted him in the front yard. The suspect drew a gun and fired two shots into Kyle’s legs. He recalls hearing one bullet whiz past his left ear.

Luckily, the bullets in his legs missed major arteries and bones by mere millimeters. The 20-year-old spent 20 hours in the hospital. But he’d spend many more hours in rehabilitation therapy so he could return to the football field in the fall.

Kyle missed the season opener. But he wound up finishing the year with 75 tackles, three sacks and a pair of fumble recoveries.

Though he wound up seriously injured as a result of his intervention some good has come from that event last year. Kyle has now become an advocate for victims of sexual assault. He was the guest speaker at Utica College’s “Take Back the Night” march this month.

He’s come full circle, taking the advice he learned on the football field to his everyday life. His coaches drilled a message into him during practice:

As humble as he is, Kyle was recognized last week in New York in a ceremony. Former Vice President Joe Biden presented him with the Biden Courage Award for  Bystander Intervention. “I didn’t think I was going to receive an award, because I was just doing something that anybody should do,” he told CNN.