Wife Tells Him To Toss Christmas Tree, But Then She Looks Outside And Realizes What Dogs Are Doing 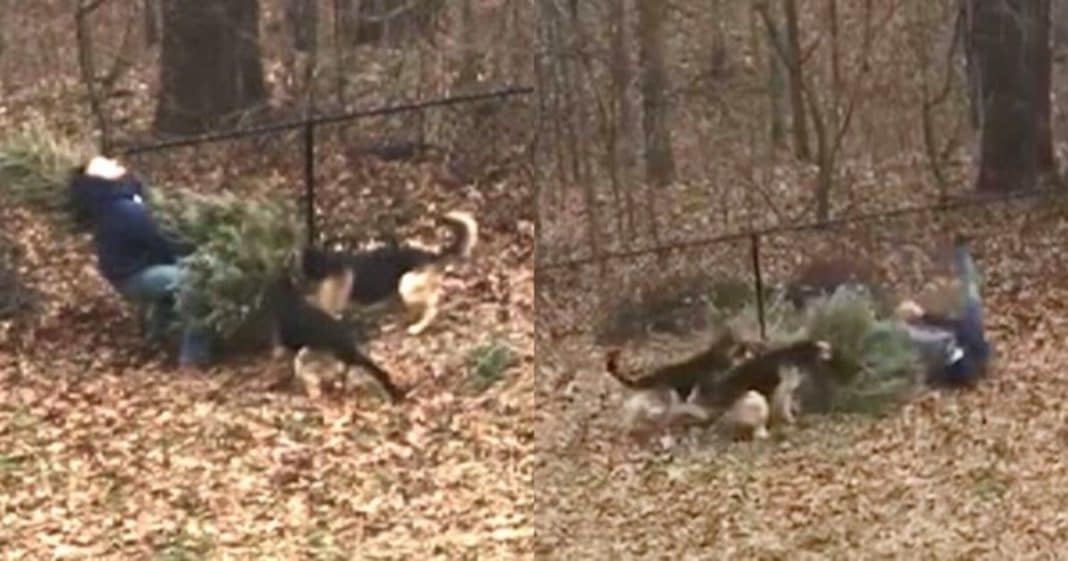 We all know that one person who is just filled with the holiday spirit all year long. People like that typically start putting up and decorating Christmas trees by November 1st, and would leave them up until Easter if they could!

Something about the holiday season just fills the air with warmth, joy, and comfort. I’m not Christmas-crazy, but I will agree that I love the feeling that I get inside around that time. It’s undeniable.

If you are familiar with the feeling to which I am referring, you will be amused to know that we are not the only ones experiencing this sensitivity.

One family in Bella Vista, Arkansas has two dogs who just were not ready to let the holiday spirit leave their home. They, too, have become fond of the elated emotions that accompany the Christmas season.

When David Graham was preparing his home to receive guests, he decided it was finally time to take down the Christmas tree. Little did he know, there were two protesters living with him who would not let that tree go down without a fight!

In the video, we see Mr. Graham carrying the tree out into his backyard and both of his dogs are on the other end incessantly attempting to yank the tree right out of his hands. David struggles as he tries to gain full control of the Christmas tree, and get rid of it once and for all.

The dogs fought so hard that Mr. Graham even fell onto his back during the tug-of-war. Despite their brave and continuous efforts, the dogs did ultimately lose, and David was able to finally get the tree on the other side of the fence.

One of the dogs, stunned, jumped onto the fence and stared at the tree from afar, perhaps reminiscing on the good old days of having the Christmas tree at his/her disposal.

It is a little funny to see these dogs so passionately adamant about keeping it! Maybe Mr. and Mrs. Graham would like to consider bringing it back extra soon this year.

You can watch the video below!