Man Tries To Release Fish Into Wild, But He Couldn’t Have Predicted What Fish Does Next 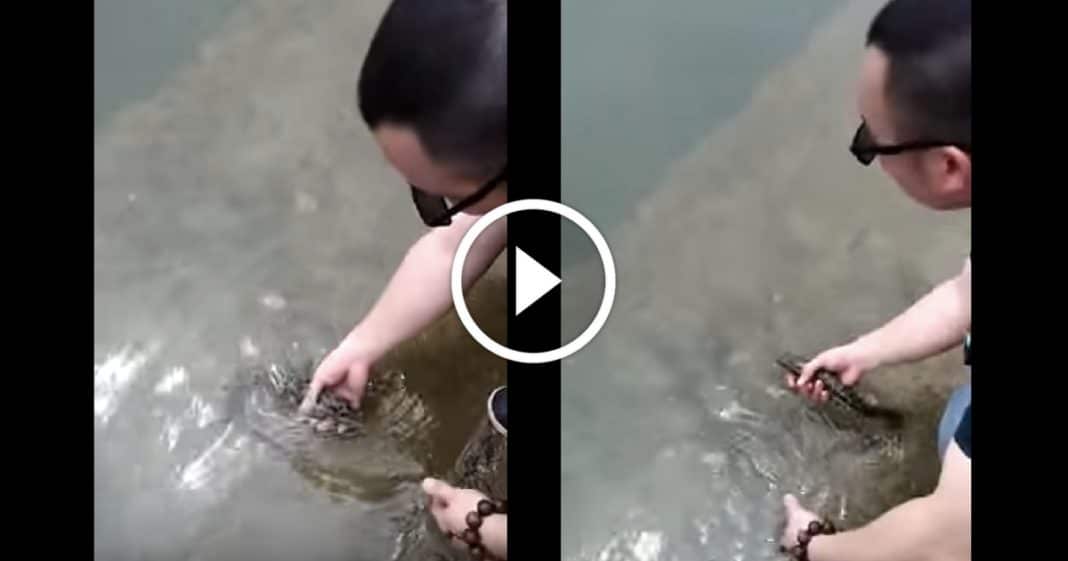 I have heard stories of dogs or cats that have walked hundreds of miles to return to their owners, but I have never heard of something like that happening with a fish!

I had always assumed that fish had short attention spans, weren’t that smart, and wouldn’t have any emotional attachments, but this video may have just proved me wrong!

The video shows a group of young people in Jinhua, Zhejiang Province, China, trying to release a fish back into the wild. It is unclear whether they caught the fish or if it had been a pet that they were setting free, but one thing is clear – that fish doesn’t want to go!

In a move that has stunned viewers, every time they try to release the fish it swims right back to them! I’ve never seen anything like it!

One commenter suggested that the fish must have Stockholm syndrome to keep returning to the humans. Whatever it’s reasoning, this is pretty adorable!

Were you as surprised by this fish’s strange actions as we were? So share this!