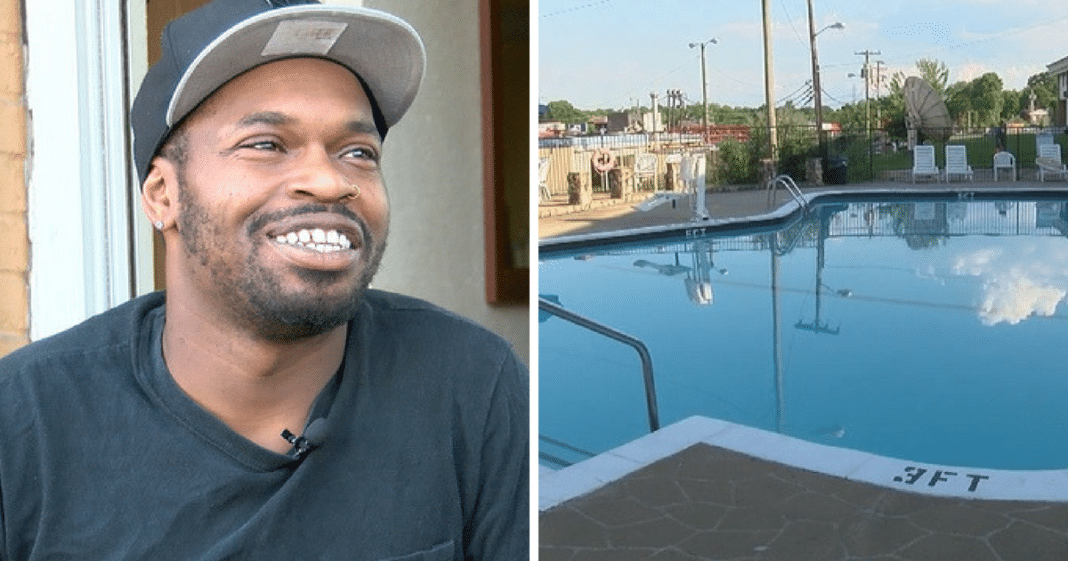 Little did Corey Bennett know, but last Wednesday would be anything but ordinary. Around 5:15 in the evening, Gaston County North Carolina Emergency services were summoned to the Days Inn hotel in the 1700 block of N. Chester Street in Gastonia for a possible drowning. A child was reported to have fallen in the hotel pool.

Bennett saw the incident from his hotel room. “A kid was drowning, and when they pulled him out of the pool, I just started doing CPR,” Bennett said.

A witness said that Bennett, a demolition expert from High Point, North Carolina removed the child from the pool and began CPR.

By this time, the little boy’s lips were already blue. “It was a split second, it happened so fast, it wasn’t nobody’s fault, it wasn’t nothing about bad parenting,” he said.

Bennett managed to revive the child as EMS arrived. He appeared to be okay; he was conscious and awake while they transported him to Gaston Memorial Hospital.

Of his actions, Bennett said: “I just did what I feel like any human should do. Like, anybody out there that’s certified you shouldn’t freeze up under that pressure, you shouldn’t stop. If you can save someone’s life you should save it, period.”

bennett hopes to receive an update about the boy’s condition. It’s unclear who was responsible for him during the time of the incident. it’s also unclear if anyone will face charges.

We’re just glad the little guy’s all right. Thanks to Bennett’s quick thinking and training. Things could’ve been much worse.