Man Takes Care Of Paralyzed Wife For 56 Years, Then Says 8 Words That Leave Her In Tears 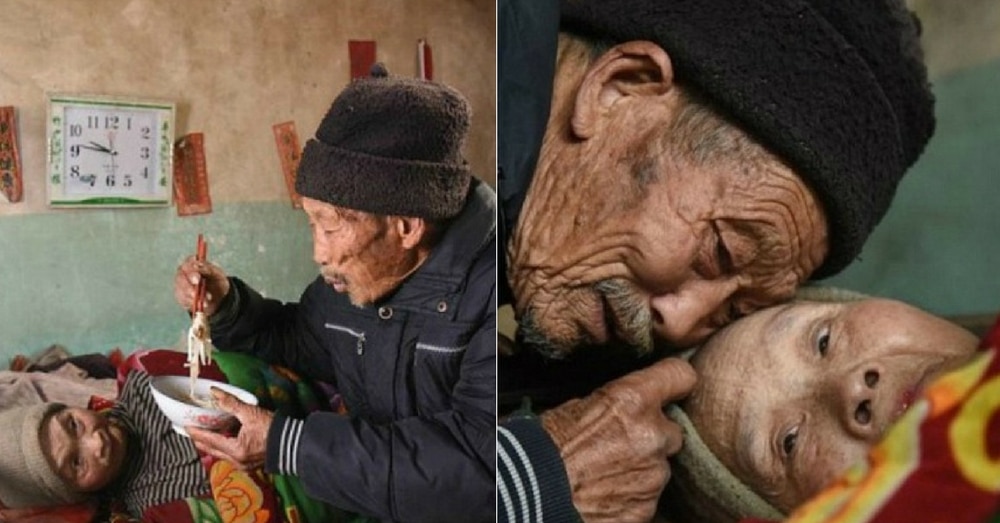 This faithful husband has spent 56 years taking care of his paralyzed wife, Zhou Yu’ai, and continues to love her no matter what.

We believe that true love really exists, and the story of Chinese farmer Du Yuanfa proves it without a shadow of a doubt. 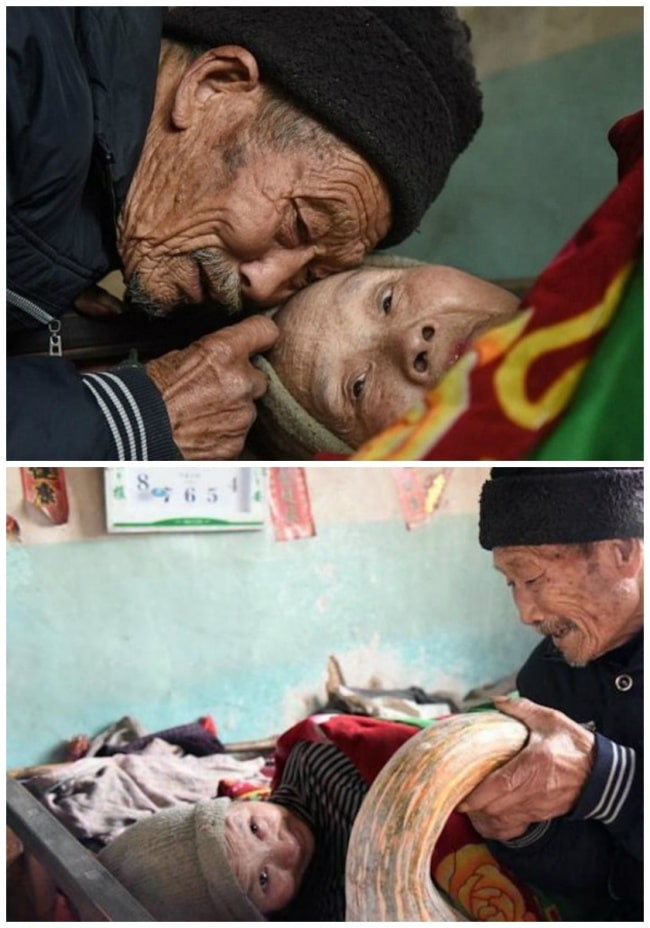 Du and Zhou got married in 1959, but just five months after their wedding fate dealt them a cruel blow. The young wife was struck by a mysterious disease at the age of 20 and became completely paralyzed. At the time, Du was working in a coal mine in the nearby city and found out about the tragic event only after he had received a letter from his family informing him that Zhou was sick and bed-bound.

Du immediately took a long leave from work and returned home. Due to the illness, Zhou lost all sensation in her body. She could not even turn or hold objects in her hands. No doctor could figure out what was wrong with the young woman. And then, to make matters worse, the young couple found out that Zhou lost the ability to reproduce. 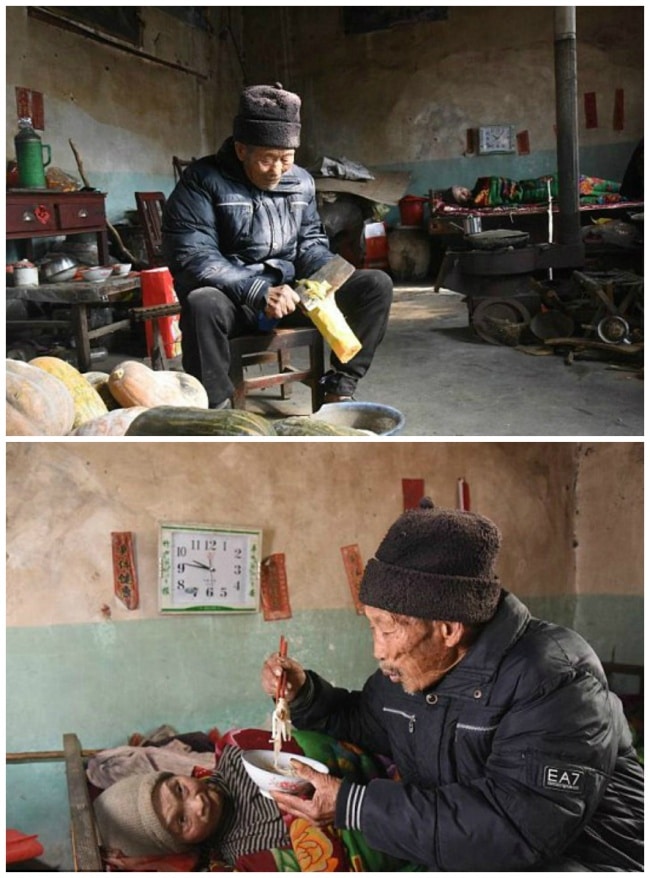 A lot of Du’s friends suggested that he annul his marriage and start a new life, but the loving man refused. He told his wife, “Don’t worry. I will care for you forever,” and kept his word.

Du quit his job and devoted all his time to caring for his wife. The loving husband, who also works as a farmer, spoon-feeds his wife, changes her bedpans, prepares traditional Chinese medicines, and takes her to different doctors.

See how the couple’s neighbors have stepped up to help this incredible man at NDT.TV.