Man Suspects Homeless Stranger Is Up To No Good, Months Later He Walks Up And Discovers The Truth 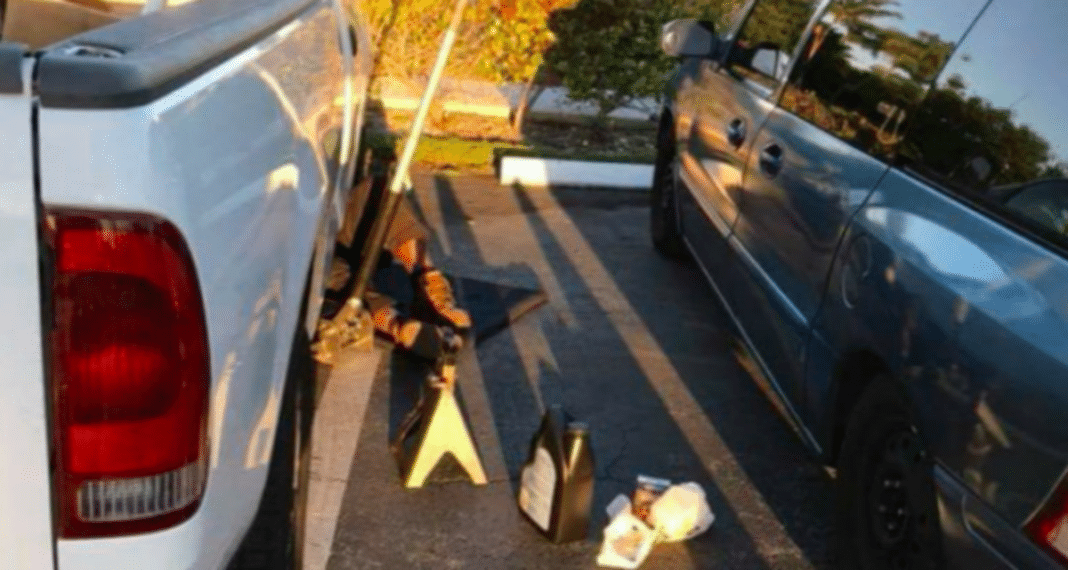 Often, when we observe a situation without having all the information, we might draw incorrect conclusions. We judge those involved as having nefarious intentions, never considering we could be wrong. This is exactly what happened when a man in Florida noticed another man hanging out in a parking lot in a minivan for nights on end. He concluded this stranger was up to no good.

His assumptions were wrong; he had an opportunity to bless another’s life while having his faith in humankind restored. Check out his story.

“So I usually keep my truck in the parking lot near my house and always used to see this guy in a  minivan hanging out around the lot,” the man wrote on Facebook. “Always used to think he might steal something… but months went by, and nothing was ever stolen.” 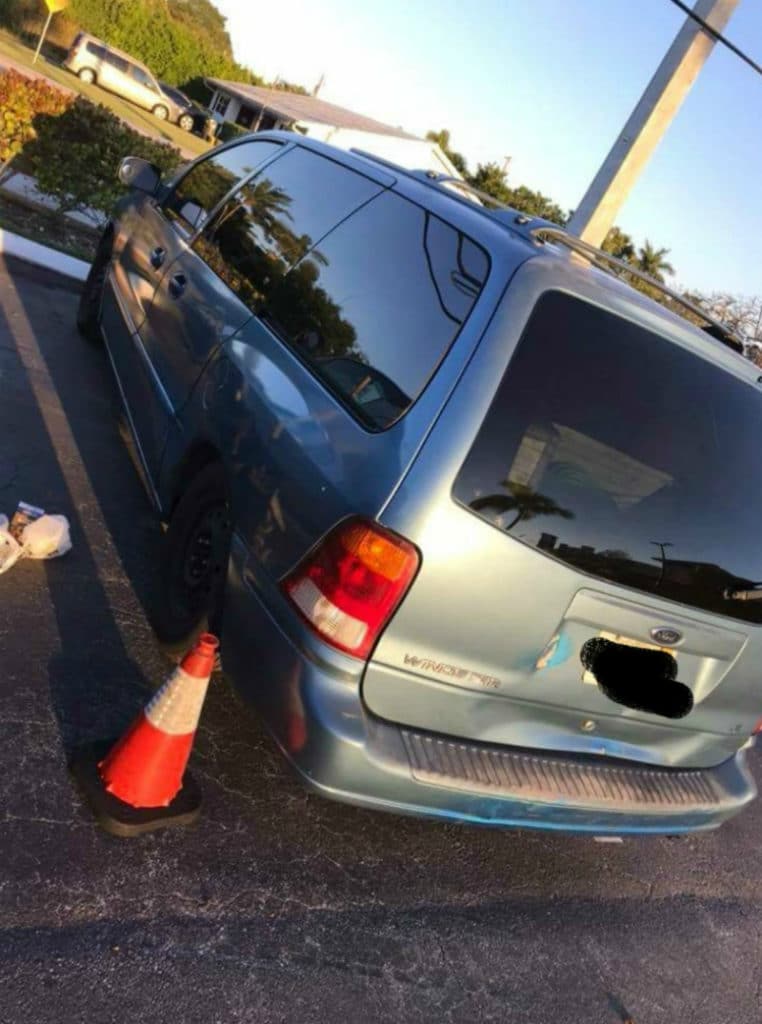 The man realized how much this stranger was down on his luck. “Fast forward to 2 days ago, I walk up to this dude’s car at 11 at night to give him a few bucks for food, and there he is studying multiple mechanic handbooks line by line to trying to better himself. This guy could be begging on any street… and here he is sleeping in his car, bettering  every aspect of himself in the hopes that he will find work as an auto mechanic.”

Loncelot Edwards is the man’s name. Despite his bad situation, he is a certified auto mechanic. “So the first thing I did was hire him to change my truck’s oil,” continued the man. “Loncelot  handed me his card that he had made at the public library out of paper.” 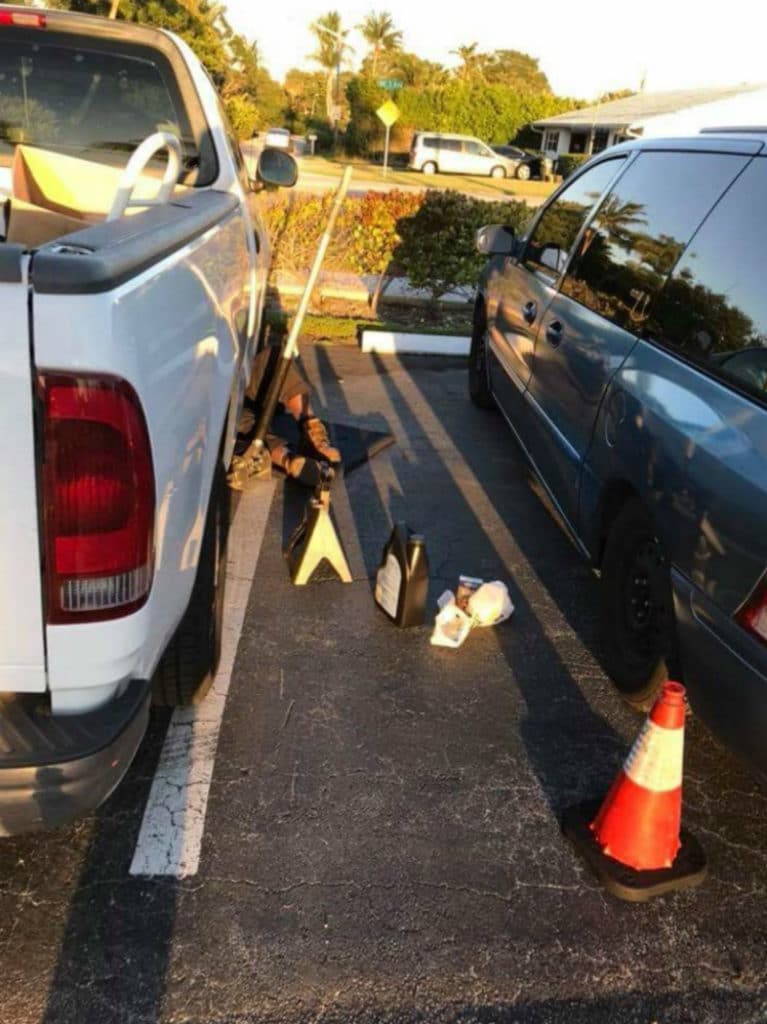 The good Samaritan glanced at the scrappy homemade card. He realized what he could do to help Edwards. “The card definitely could’ve used some improvements, so I’ve made him 500 new biz cards to get him  up and running.”

To help his new pal get some business, he gave Edwards a shoutout on Facebook. “Please call Lancelot Edwards if you need any mobile mechanic work in South Florida! Also, any of  my friends on here in the auto biz looking to add employees, this guy has extraordinary work ethic.” 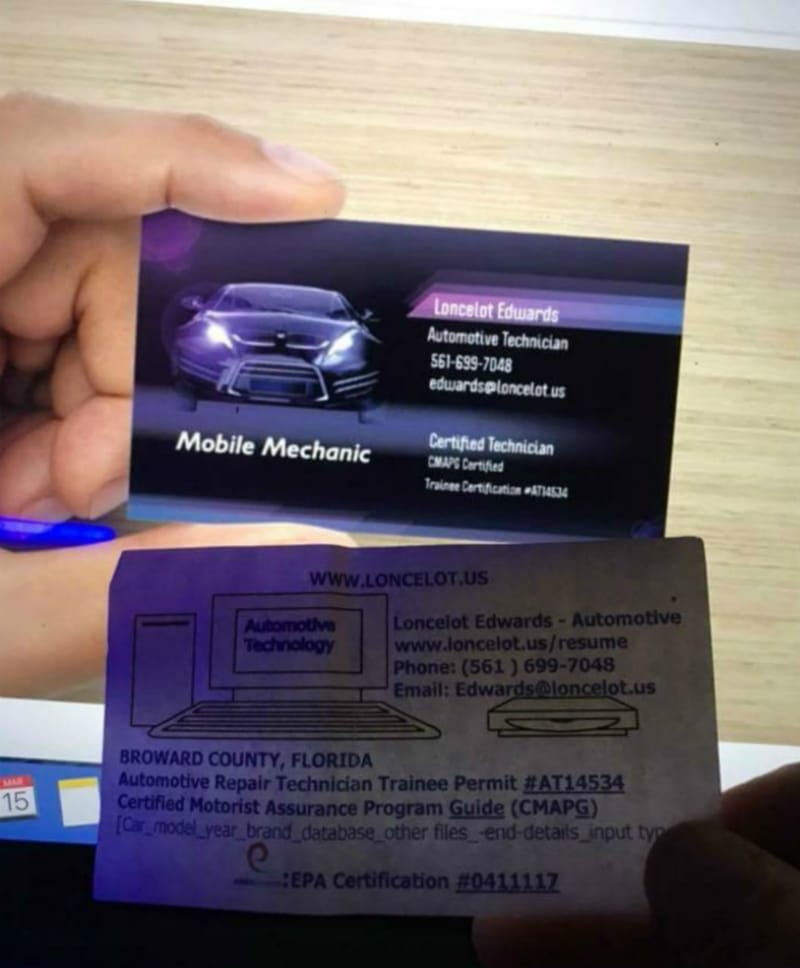 Edward’s drive and persistence inspired the man; his kindness touched numerous others to continue doing good deeds. Has it inspired you? So share it.