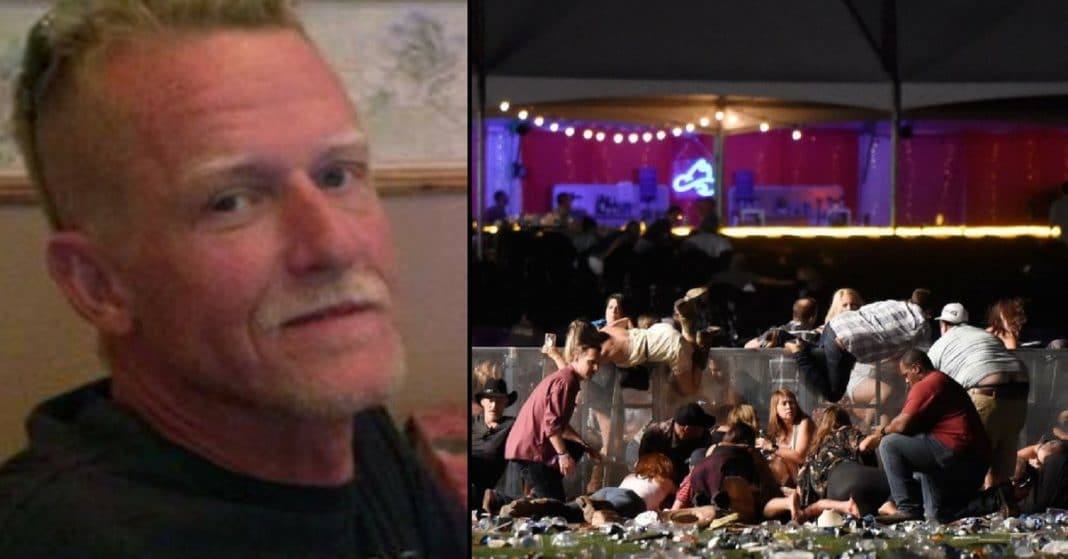 The tragedy that took place Sunday, October 1, 2017, in Las Vegas is one that will not be forgotten. A gunman opened fire over the Route 91 Music Festival, resulting in the deaths of 58 people, injury of hundreds, and the trauma of countless others. It was the deadliest shooting the United States has ever known.

It is just short of two months since the tragedy happened and authorities are still in the process of figuring out the motive behind such a heinous act.

Thoughts, images, and anxiety from that night are still staining so many of the people who were there, as well as those who were indirectly affected by it. We have heard a handful of stories from those who survived the mass shooting. A lot of the survivors are still trying to manage life post-shooting, and it hasn’t been easy.

Among those survivors was a 52-year-old man named Rory McClellan. Rory made it out of the shooting alive, but the tragedy shook him, as it would any of us. He started going to therapy to work through his feelings and fears.

Sadly, on November 17th, Rory was killed in a hit-and-run 60 miles west of Las Vegas. He was hitchhiking when he was fatally struck by a driver that did not even stop to check on him.

Denise McClellan, Rory’s wife, is devastated over her husband’s passing.

“I don’t understand why he wasn’t taken at the shooting, but a month later he was taken this way,” she mourned. “I hope my husband found peace and he’s safe now.”

“I’m angry,” she continued. “I feel that [the driver] was under the influence of something or drunk and didn’t want to get caught, so he bailed and left my husband laying there in the street. He doesn’t deserve that.”

The news of Rory’s passing is heartbreaking. Charges are pending as police track down the driver involved in Rory’s death. A GoFundMe page has been created in Rory’s honor to assist with the funeral expenses.

Tragically, Rory is not the only Vegas survivor who has since tragically passed. In late October, shooting survivors Dennis and Lorraine Carver were both killed when their vehicle crashed into a metal gate outside their community and went up in flames.

Our deepest condolences and most heartfelt prayers go out to all the friends and family members of those whose lives were tragically cut short. We pray they find the peace and comfort they need to carry them through this trying time.