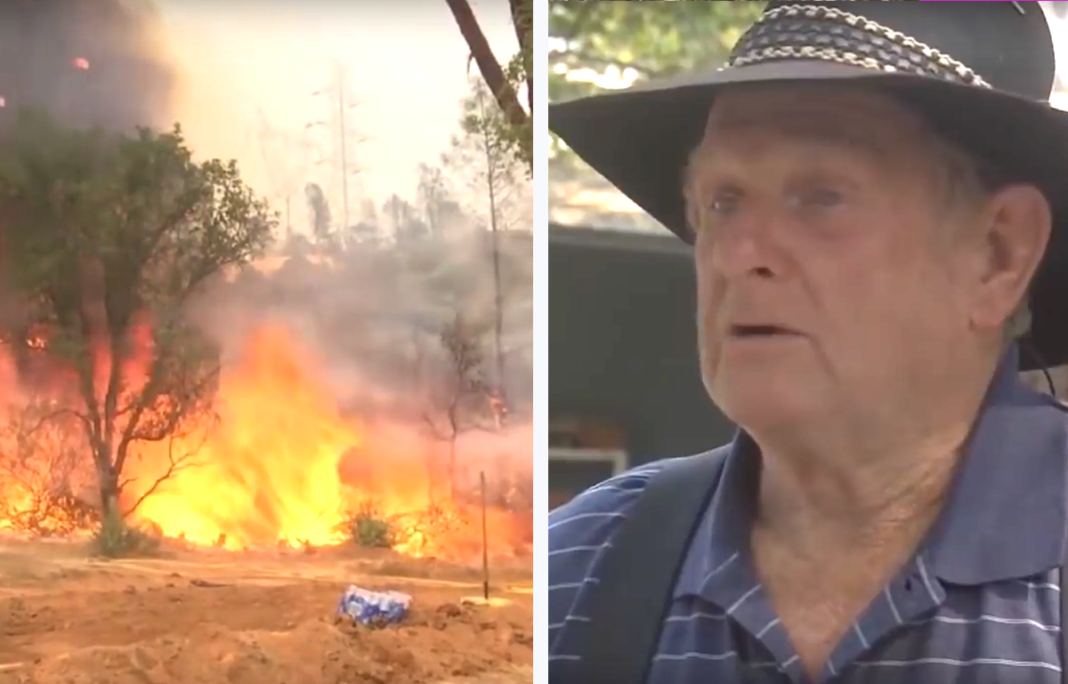 Ed Bledsoe, 76, from Redding California decided to run to a doctor appointment on Thursday, July 26. The Carr Fire was three miles away from the home where his wife, Melody, 70, and great-grandkids; James Roberts Jr., 5, and Emily Roberts, 4, resided. They didn’t believe the fire was an imminent threat because it was across a river.

Just fifteen minutes after leaving the house, Bledsoe received a call from his desperate loved ones. The fire had suddenly spread and was already coming in the back door of the home. They begged him to come back and save them.

Bledsoe hurried to reach the home, but the fire and other vehicles trying to escape cut off his path. He took off on foot and helped a man along the way, and then was unable to go further when he was stopped.

“I took off running down there (toward his house) and I helped some guy that got burnt … I got him and helped him out of there and when I got back down there the fire was” — Bledsoe paused, seeming to search for a word to accurately convey the chaos — “the fire was … just intense.

He stayed on the phone and heard sounds of the fire crackling in the background.

The voices subsided as they were overcome by the smoke. Then the phone went dead.

“I tried to call them back and it just went to nothing,” Bledsoe said as he wept. “Poor babies and my wife …”

If he had any idea how fast the fire was spreading, Bledsoe says he would never have left his family.

“We had no idea. Nobody told us nothing,” said Bledsoe. “If I’d had any kind of warning I would have never ever left my family in that house. I’d have made them go with me.”

Ed Bledsoe raced to get home to his wife and two great grandchildren. He says the road was blocked with cars and the fire stopped him from running to the house, so he stayed on the phone with his great grandson. Bledsoe says when he left, the fire was two to three miles away. pic.twitter.com/ANDwj3xfgq

Bledsoe explained that his sons tried to get to the home too but the fire had grown beyond control. His son’s house was also ablaze.

“It burned his hair off. It took his breath,” Bledsoe said.

Although he feared the worst, Bledsoe held on to hope that his family survived. He reportedly said he was told the family had been rescued by the sheriff’s office. A fire crew entered the home and reported finding no bodies.

Nobody knew where the family was. Then a day later, a firefighter who is a relative asked the department to search the home again. That’s when they found them. Melody had wrapped herself and the kids in wet blankets to keep them safe.

“I would’ve liked to have went in there and died with them,” Bledsoe said. 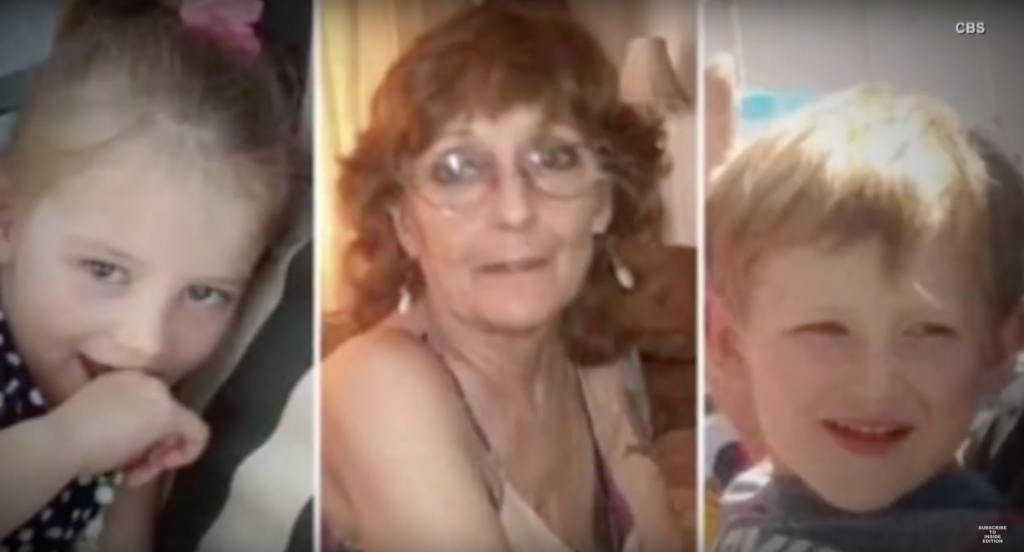 Now Ed Bledsoe is left with nothing but memories of the kids he had raised and his loving wife. A GoFundMe page has been created to help him start over after losing everything.

“His whole world has been ripped away from him,” reads the page.

A 76-year-old widower describes the final call with his wife and great grandchildren, moments before they died in California's Carr Fire. @dansimoncnn calls this interview "one of the most difficult conversations" he's ever had https://t.co/cOoA9VefBw pic.twitter.com/FjfS7HLXEJ

The Carr Fire began just after 1 p.m. July 23 and was caused by a mechanical issue involving a vehicle.

It consumed almost 100,000 acres in northern California. By Monday the firefighters believed they would be able to get it under control, but it’s one of 17 wildfires across the state. The fires have been worsened by record high temperatures and a dry winter.

To make matters even worse, some residents have returned home to find that looters have been there before them.