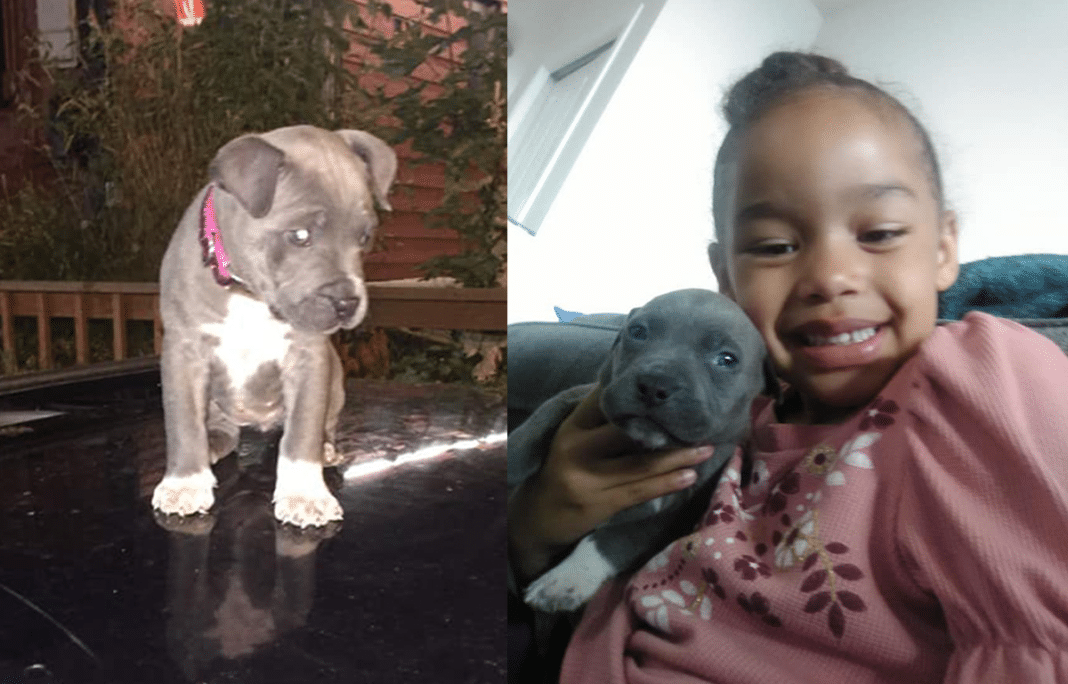 Who would steal a puppy right out of the arms of an 8-year-old girl? That’s what Donald Howard is asking after his daughter Diamond and her younger sister, 6-year-old sister Devine, came running and screaming to him from playing in the yard. They couldn’t believe a man had grabbed their pit bull puppy, Roxy, right out of Diamond’s hands.

Two men drove past the Tacoma, WA home while the two girls played in their yard. They think the vehicle was a pearl-white Toyota or Nissan with tinted windows. The driver made a U-turn and returned to the house, and one man jumped out of the car and walked up to Diamond.

“He just came out of nowhere, and he came up to us and said, ‘Cute dog. Can I pet him?’ And Diamond said no,” Devine said.

Then the man ripped Roxy right out of Diamond’s arms.

“Diamond was holding her. He pulled her by the collar and then picked her up… and he was squeezing her stomach,” Devine said.

Donald posted the story to Facebook, expressing his outrage that this had happened right in his front yard. He got in his car to try to find the thieves after the incident but didn’t have any luck.

Police commended the girls for running and screaming for their father. They recommend that parents tell their kids that if they sense something suspicious, they should immediately go into the house and tell an adult.

With no leads, the girls can only hope that they will see their beloved puppy again one day.

“We’re waiting for her, and we want to see her again,” Devine said.

Even worse, Donald says the girls are now afraid to be at home. If anyone has information that can reunite Roxy with the girls, contact Tacoma police.

“My daughters have been violated and are devastated and terrified to even be at their own home.”