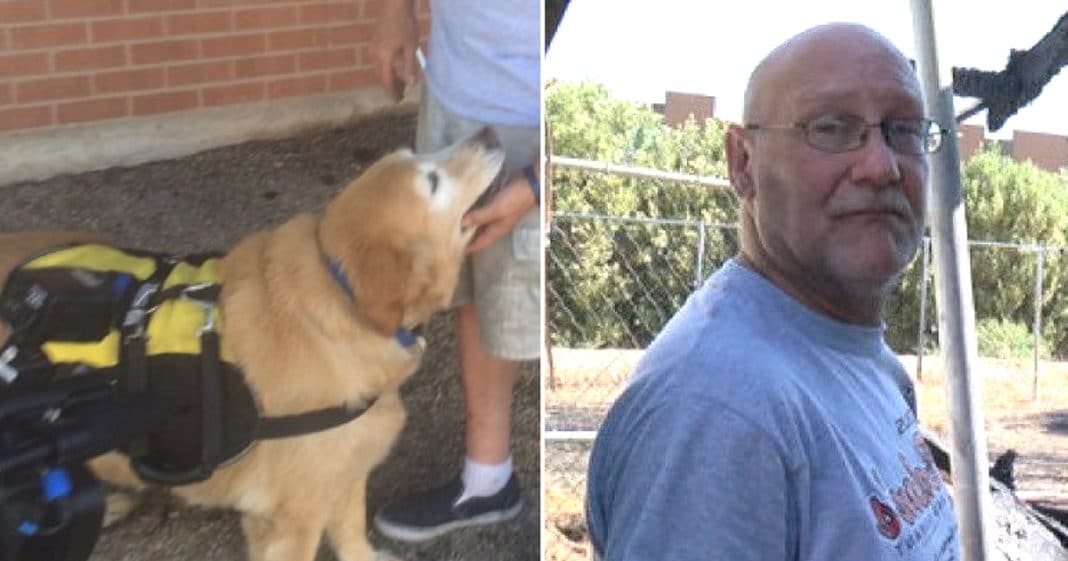 Summer is a time when kids are out of school and they have more time on their hands to cause mischief. If they aren’t occupied with stimulating activities to challenge them, trouble can – and usually does – find them.

That was the case one evening in Tucson, Arizona. Two teenagers went outside and lit some sparklers, but their decision to play with fire had dire consequences for one resident. Matters could’ve been much worse if it weren’t for the quick actions of a retired service dog named Halo.

Halo’s master, Chase, is a retired local police deputy. Chase was sleeping when a fire – caused by the sparklers – started in his backyard.

Halo has been at Chase’s side for ten years. If you’ve had pets for a long time, you know their habits. With the passage of time, there’s something intuitive that forms between dog and owner.

When Halo realized what was happening, he jumped into action. He started tugging on Chase’s arm with his teeth and continued to bite and pull at his master until Chase awoke.

This was strange behavior for Halo, so Chase knew something must be wrong and he got up to see what was going on.

By this time, the fire had destroyed the shed in the yard and engulfed Chase’s home.

Thankfully, police officers who were responding to another incident down the road spotted the flames. They contacted the Tucson Fire Department. With the assistance of the police and firefighters, Chase and Halo escaped the fire.

Chase is alive today because of his K9 companion. Chase didn’t have any working smoke detectors in his home, and both man and dog would have died in the fire if Halo hadn’t reacted quickly.

Despite the valiant efforts of ten units from the fire department working for half an hour, Chase’s home was destroyed. Thankfully, the American Red Cross stepped in, providing Chase and Halo with a home.

The teenagers were arrested and cited for the incident. They will pay for what they’ve done.

We’re so glad Chase had Halo at his side. Don’t you love smart pooches? Their loyalty and intelligence are astounding. We say hooray for Halo!

Do you agree that Halo is a hero? So share this!