Man Sees Something Strange On Side Of Road On Way To Work, Looks Closer And Realizes It’s Alive 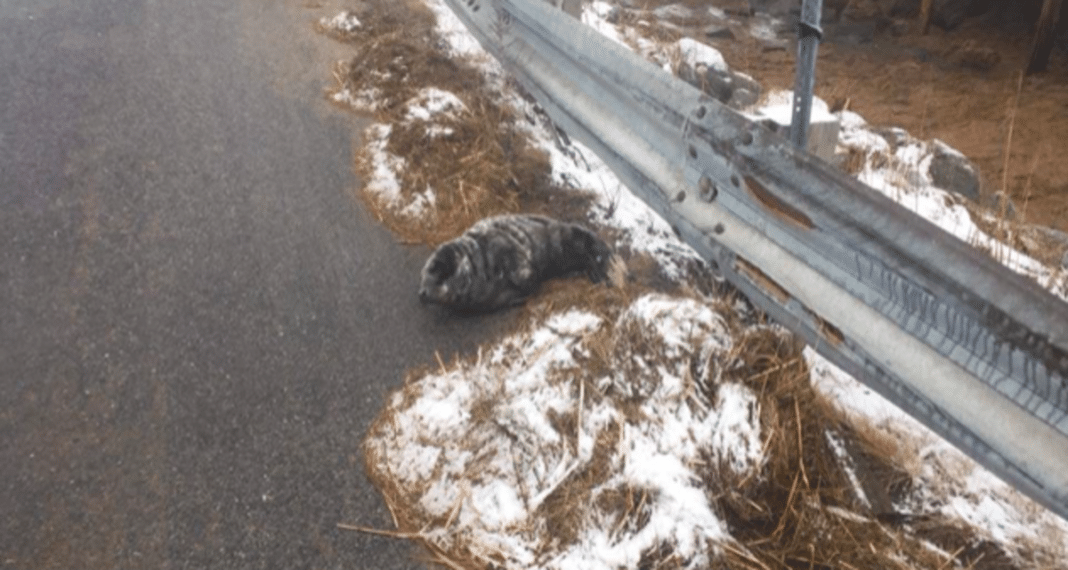 With the recent winter storms hitting the east coast, those in the New England states have received a beating from Mother Nature. Wildlife hasn’t fared much better. On Monday around 7 a.m., a man who was on his way to work in Seabrook, Massachusetts spotted something on the snow-covered ground. It was gray; at first, he figured it was debris from the recent weekend storm or one of the many rocks scattered along the side of the busy highway.

Upon closer examination, he realized it was alive. It was a storm-battered young seal pup in desperate need of help. 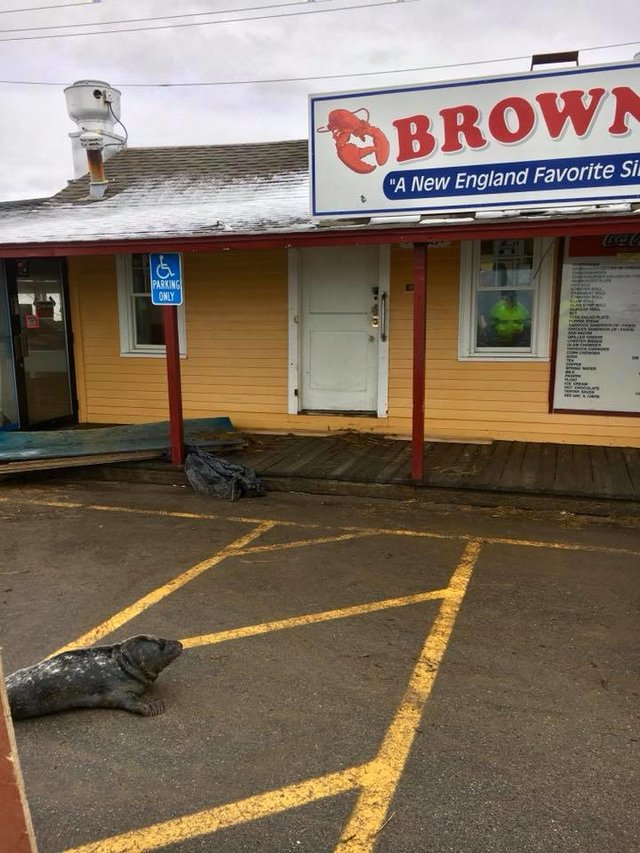 “The seal more than likely came up with the extremely high flood tide around 2 a.m., as a result of the storm,” Ashley Stokes, rescue manager at Seacoast Science Center  (SSC), told The Dodo. “Once he was up there, he likely realized pretty quickly that it was a more desirable spot than being battered by the high surf, and stayed put. Unfortunately, he didn’t  realize that it was not a good spot for him to be in!”

Had the good Samaritan not spotted and stopped to help, the 2-month-old seal pup could’ve been struck by a car. A police officer arrived to watch over the lethargic seal until rescuers reached the roadside. The kind folks from SSC herded the little guy into a nearby parking lot. The seal weanling’s behavior quickly showed his rescuers that he couldn’t live on his own. 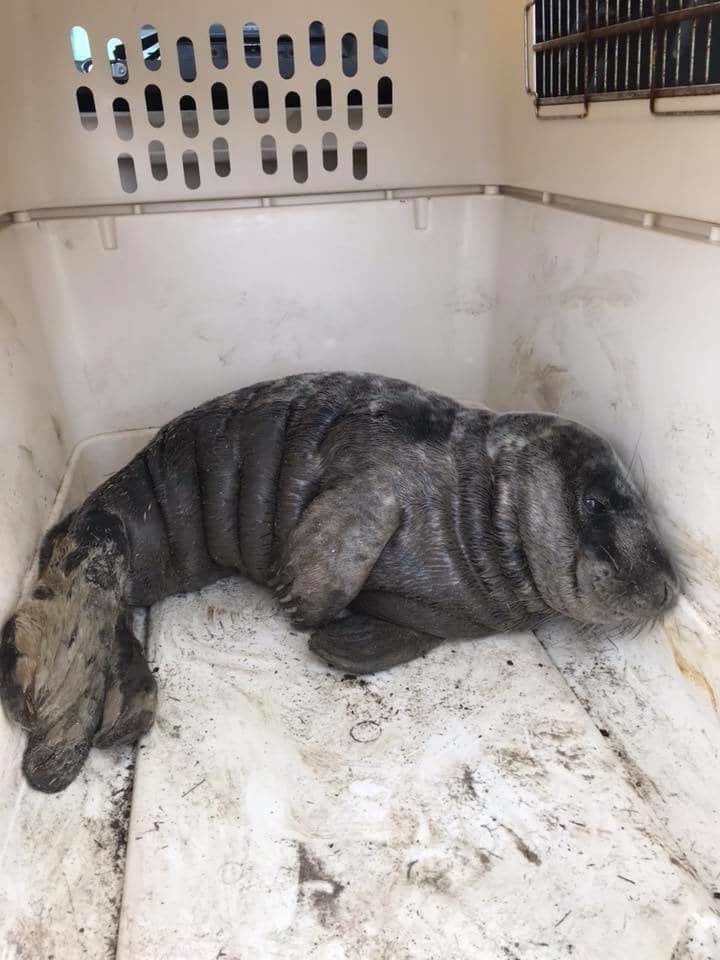 “We were able to immediately determine that he was not ‘himself’ when we first arrived on scene. Gray seal weanlings should be very aggressive when approached,” Stokes explained. “But this little one allowed us to  get right beside him and move him into the kennel, with no fight at all.”

The unfortunate seal pup was very thin; he was also sneezing and coughing, so he was in need of medical intervention. The seal was given the name Saco, after the scenic river that runs through New Hampshire and Maine. Saco was taken to the National Marine Life Center where staff worked to save his life. 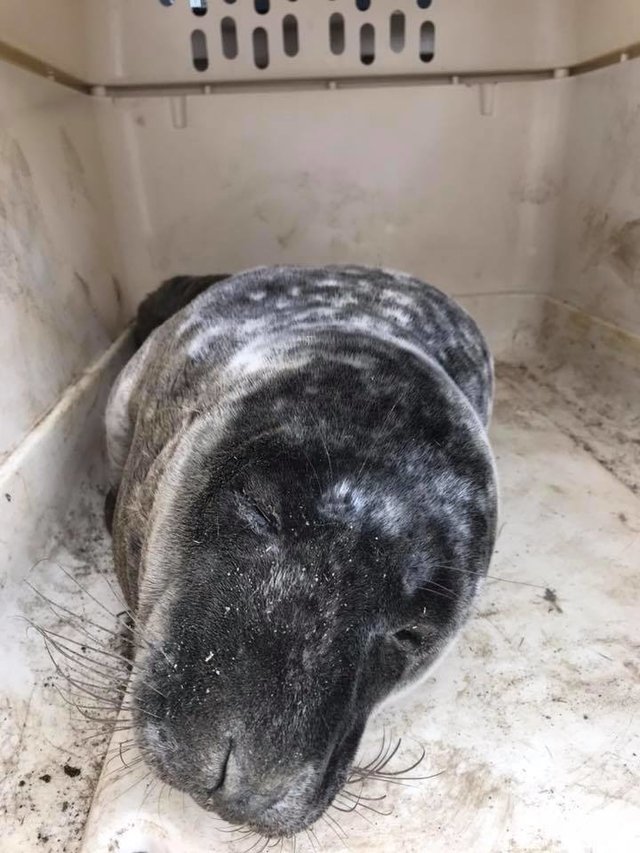 “We quickly realized that his blood sugar was extremely low and he was critically dehydrated,”  Stokes said. “Luckily, X-rays did not reveal any serious injuries, so the big priorities now are to get his blood sugar and hydration level back to normal, and then get him to start eating fish on his own again.”

Within a few days, Saco’s spunk slowly returned. He’s become more vocal when handled by his rehab caregivers. “This little guy is a fighter, but he still has a long way to go,” the National Marine Life Center wrote on Facebook. 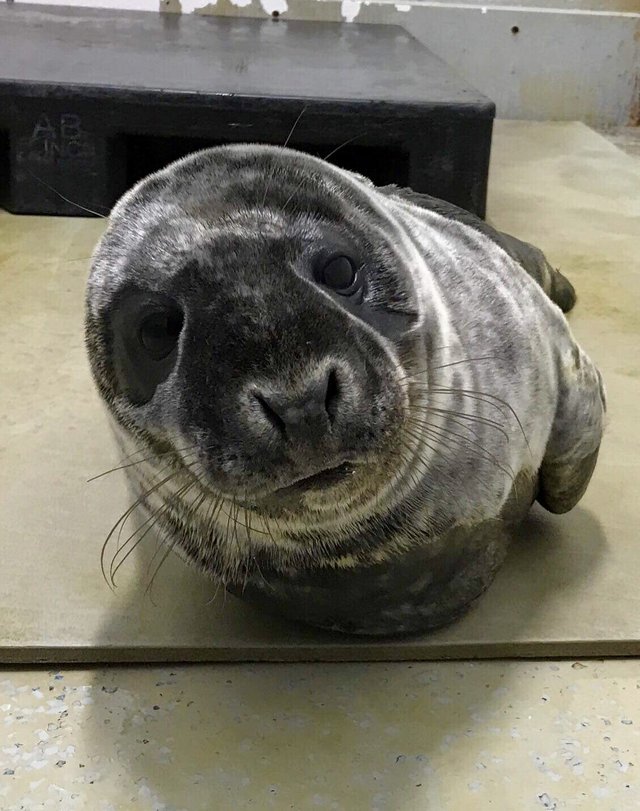 Situations like Saco’s aren’t uncommon. In Maine and Massachusetts, seals are born between December and February. They spend 16 days with their mothers before they leave her side. High winds and large surfs can take their toll on these babies. Everyone at the rescue center is willing to do whatever it takes to get Saco released back into the wild. It will only be a matter of time until he’s ready to strike out on his own. For now, he’s enjoying his vacation.

Although Saco has been all over the news recently, he hasn't let the fame get the best of him! Our gray seal weanling is…