Man Sees ‘Shadow’ Running Out Of Rubble. Breaks Down Sobbing When He Realizes What It Is 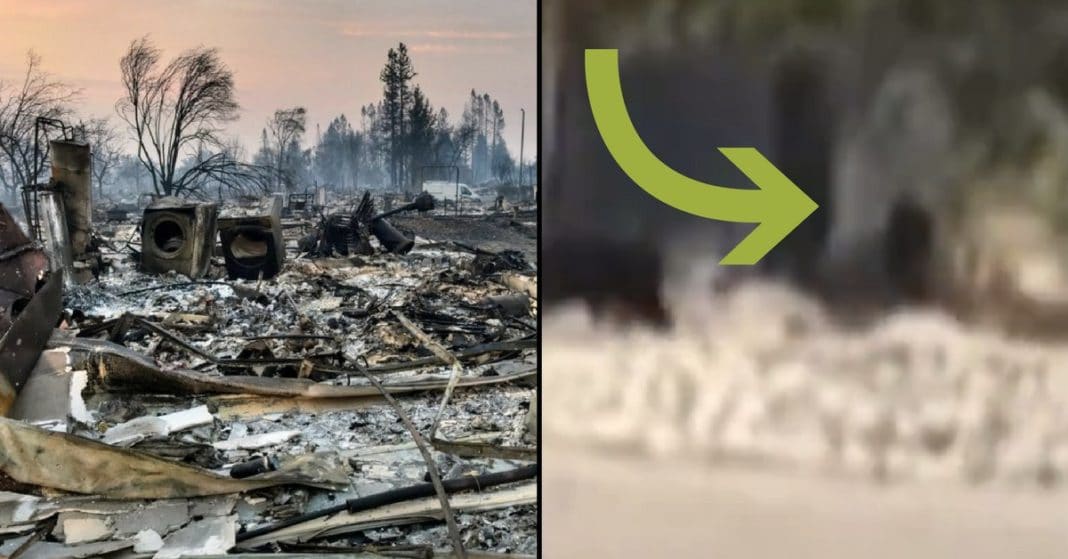 During the past few months, Mother Nature has brought havoc, devastation, and chaos throughout the United States. From Florida and Alabama to California and Texas, thousands upon thousands of people have lost their homes and many their lives.

The hurricanes, floods, and wildfires are entirely responsible for the destruction of homes, land, and lives, but from the ashes and floodwaters arise stories of hope and resiliency.

The recent wildfires in Santa Rosa, California, tore through acres of land, destroying homes and burning decades of family memories and possessions. Jack Weaver and his family, like many others, lost everything in the wake of the fire.

When it was safe for folks to return to investigate what remained of their homes, Jack and his brother-in-law took the initiative to check on the state of his parents’ home. Jack feared that, along with losing their dwelling, his parents had lost their beloved Bernese Mountain Dog, Izzy. Jack didn’t want his mother to find Izzy’s body in the rubble.

In a video that has already gone viral, Jack records his progress exploring what remains of his parents’ burnt out house. In the footage, you can see the exact moment Jack notices a dark shadow beside a tree. Suddenly, he realizes what it is.

When the brave survivor heard her name, she rushed through the debris toward the men.

Jack described the moment he spotted Izzy for the first time: “It was one of the greatest moments of my life,” he said. “It was elation — we came walking around the corner [and] we didn’t expect to see her.”

We’re so happy for Jack and his entire family. While they lost many special and sentimental items, there are more important things than mementos. These men salvaged the most beautiful treasure of all.

Were you happy to see Izzy running out of the rubble? So share this!