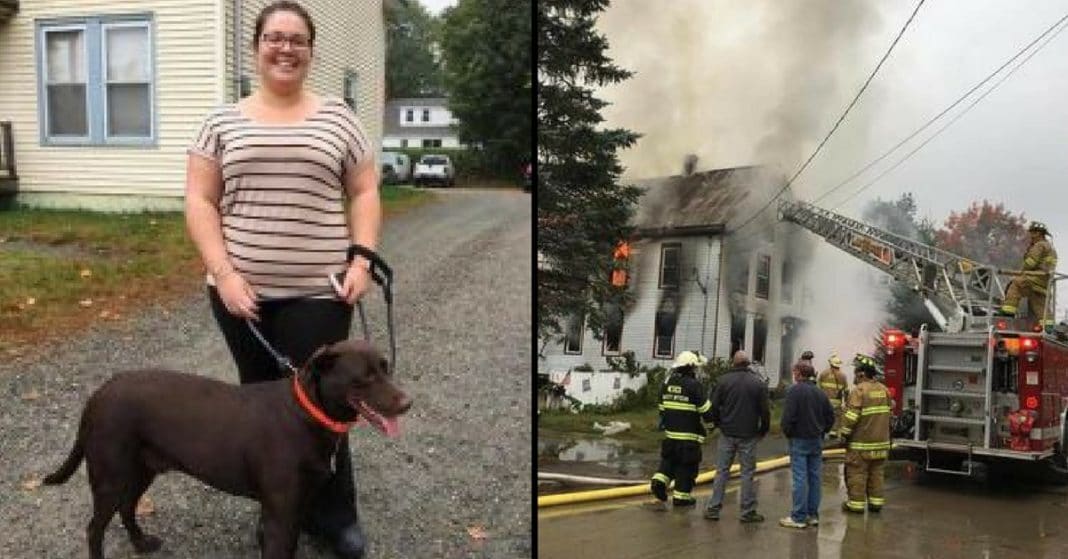 Pets are like family, and it can be traumatic for humans and pets alike when they experience life-threatening events. During these frightening times, many owners will do all they can to keep their beloved animals safe.

Troy Kimball is one such pet owner from Dixfield, Maine. Thanks to a vigilant neighbor, Kimball was alerted through social media about a fire that had started in the home he shares with his mother, Sue Mills, and her boyfriend, Phillip Zinck.

Kimball left work immediately and rushed home. When he arrived, he learned that his pit bull mix, Brutus, was still inside fighting for his life.

Kimball didn’t hesitate. He ran into the burning structure to rescue his precious pup.

“When I first pulled him out of the kennel, he was very lifeless,” Kimball recalled. “He wasn’t breathing at all.”

I can’t imagine the terror Kimball went through after pulling Brutus from the flames only to realize he wasn’t breathing.

“I knew the areas you need to do the pushes, and the guy from Irving was doing the breaths for me. It just worked out perfect,” said Coulombe, who is the daughter of a firefighter.

It was Coulombe’s first time administering the life-saving technique, but she did it brilliantly and, amazingly, Brutus started breathing again.

Brutus was lucky. Sadly, three kittens and their mother didn’t make it out of the fire alive.

Investigators believe the fire started on the bottom floor of the structure, but they don’t know what initially caused the blaze.

“It appears there’s no open flame going on, any wood stove or anything like that,” said Dixfield Fire Chief Scott Dennett.

Despite the speculation still surrounding the fire, everyone is simply relieved Brutus and other valuable items were salvaged.

“My thoughts and prayers are with the Zinck family,” Coulombe said. “I am for sure holding my dog a little extra tonight.”

We’ll be holding our furry friends a little tighter too.

Are you happy these neighbors tried CPR on Brutus and got him breathing again? So share this!