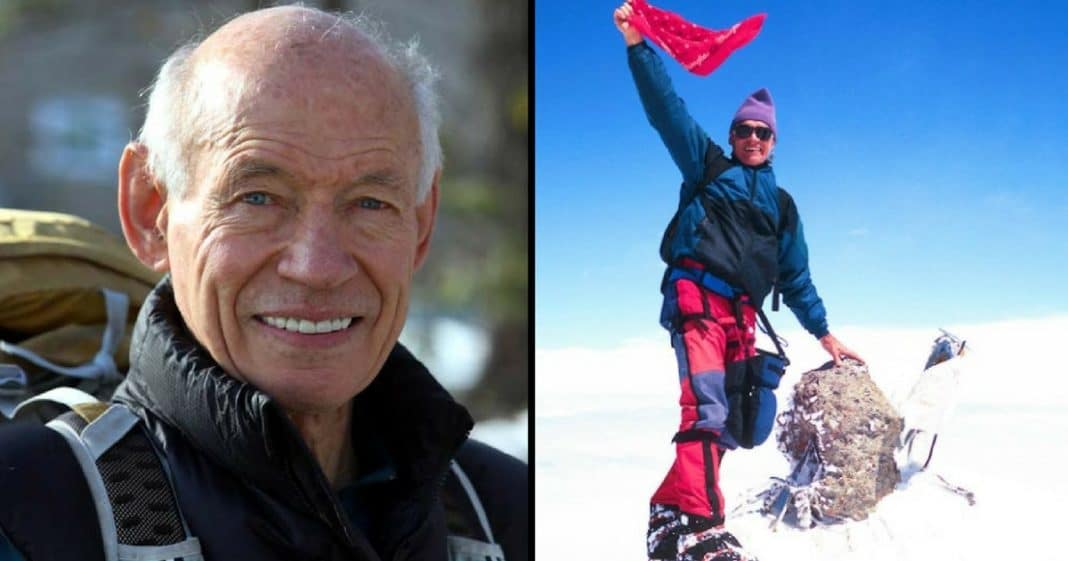 Most people, when they reach their 60s and 70s, are looking forward to a life of leisure, but not Werner Berger. At the age of 77, Werner became the oldest person in the world to climb the Seven Summits – the highest mountains of each of the seven continents – and he reached them all in just one year! He is also the oldest person in the western world to reach the top of Mt. Everest!

Now 80, Werner is showing no signs of slowing down. In fact, he just completed another climb to the top of Kilimanjaro, and he is planning another Everest climb in 2020!

And all of this from a man who never climbed a mountain for the first two-thirds of his life. In 1992, at the age of 55, Werner trekked into the Everest Base Camp with his son on a whim, despite having no prior climbing or trekking experience. After that trip, he was hooked.

“He fell in love with the majesty of the outdoors, the mountains, with trekking and with climbing,” his website reads. “Every time he’s on the trail, surrounded by nature’s beauty, he feels touched in some profound and unique manner…The mountains taught him how to live in the present, be more grounded, humble, in awe, and awoke him to the beauty of all existence.”

Werner is proving – to those both young and old – that getting older doesn’t mean you have to give up.

In a 2007 interview on the TODAY Show, just after Werner’s return from his Everest climb, Matt Lauer asked him why he’s still climbing.

“Everything is accentuated,” he added. “The beauty of a sunrise, getting out of the tent in the middle of the night and seeing this black ceiling and these laser-pointed stars and maybe the sliver of a moon…it really cannot be described.”

Now Werner is sharing that exhilaration with others. In addition to running a consulting firm “dedicated to transforming corporations into opportunities of unprecedented fulfillment and success,” Werner leads teams of people back up to the summits of the mountains he has already climbed. Recently he even helped an 85-year-old woman climb Kilimanjaro.

He said he loves taking people on these trips because he gets to see them discover their potential and transform their lives.

“Most people who accompany me on these climbs realize they are capable of so much more than they give themselves credit for,” he said. “They can accomplish more physically and mentally than they ever thought. They blow themselves away discovering their true potential.

“Beyond realizing their ultimate potential, they also are able to recognize and accept their limitations. When people understand and relish their strengths, it allows them to be more assertive. When they accept their limitations, it allows them to be more humble. When you put assertiveness and humility together, that is the foundation for true leadership.”

Were you amazed and inspired by all Werner has accomplished? So share this!