Man Hears Strange Noise Coming From Bumper, But He’s Not Prepared For What’s Found When They Open It Up 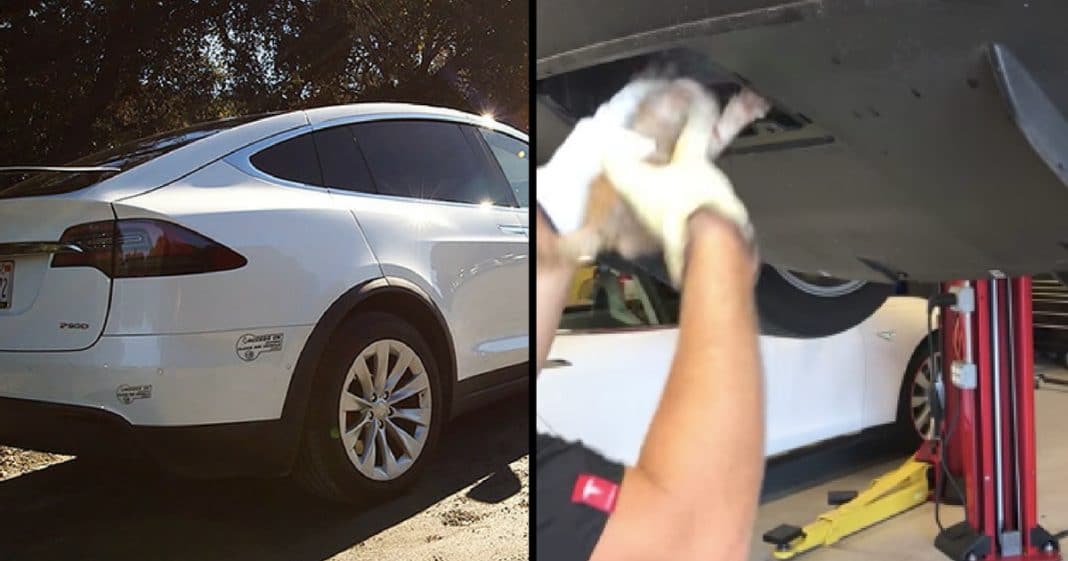 What would you do if you heard strange meows coming from your vehicle? You don’t own a cat, nor can you see a cat, but the sweet and desperate meowing you are hearing can’t be ignored.

An unidentified owner of a Tesla Model X found himself in exactly this kind of predicament when he walked out to his car and heard some muffled meows.

He knew he wasn’t just hearing things and, investigating further, he realized the sound was coming from his car’s bumper.

Unable to rescue the cat himself, he decided to call the Tesla service center and see if they could help.

At the center, detective work performed by the mechanics and the vehicle’s owner deduced that the kitten must have jumped up onto the rear wheel well and then squeezed her body inside the bumper. Thankfully, the mechanics were able to remove a center section of the vehicle’s bumper and free the kitten.

They named the ginger-haired kitten Tessie after the vehicle “birth” she went through. They estimate Tessie was trapped in the vehicle bumper for approximately 14 hours.

When they first got Tessie out she was dehydrated and lapped up lots of water, but as soon as she was feeling back to normal she charmed the mechanics with her feisty personality.

Tesla CEO Elon Musk shared the video on his Twitter account, clearly impressed with and proud of the way the service center handled this rescue.

The Tesla owner was also pleased with the outcome and the caring and professional service received at the shop.

As for Tessie? She has a new forever home – one of the mechanics decided to adopt her! All is well that ends well!

“Lucky for Tessie, she had a pretty good outcome,” the car’s owner said. “Her weekend obviously had a rough start, but she probably had the best end of a weekend ever.”

Were you happy to see this kitten rescued after she got herself into a tricky situation? So share this!