Man Gives Sunflower To Crying Woman, Had No Idea It Would Change His Life Forever 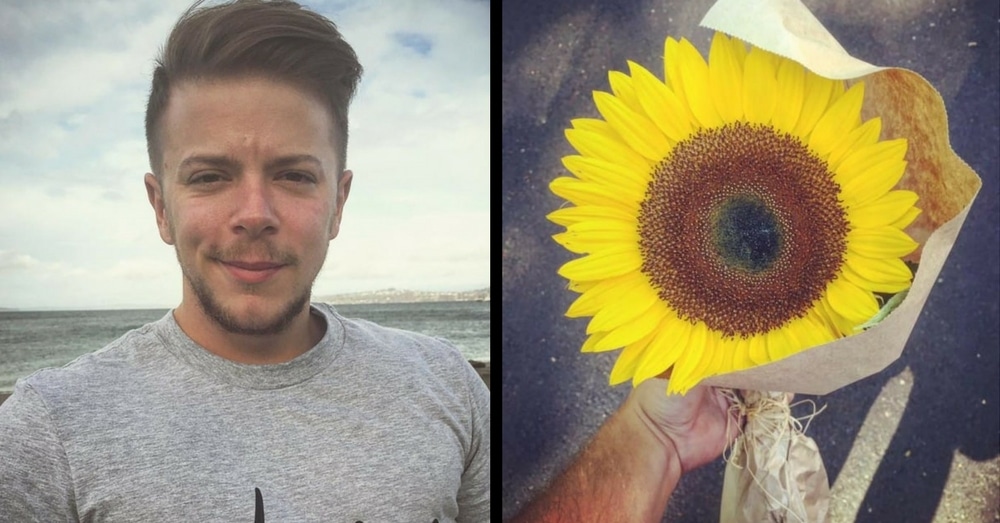 Danny Wakefield bought a sunflower to put on the windshield of a crush but, after deciding he didn’t want to come off too strong, changed his mind and decided he would give the flower to a stranger instead to help brighten up their day. He had no idea that one little act would change his life forever.

Though he typically takes his coffee to go in the morning, this particular day Danny decided to sit down and sip his coffee at the shop. As he sat there he noticed a woman at another table reading something with tears streaming down her face. He knew right then that she was the person he should give his flower to.

Danny walked up to the woman and said, “Hey, pardon me. I have this sunflower that I was hoping to give to someone special and that someone I had in mind didn’t work out, but I can feel that you’re special too, so I want you to have it.”

Before he could hand her the flower the woman flew into his arms in tears. Danny said it was “as if I was someone she once loved, and lost.”

But it was what she told him next that left him at a complete loss for words.

She told him she was crying because her fiancé, whom she was supposed to marry in just a few months, had died the week before. On their first date he had given her a sunflower, and for the rest of their relationship he always bought her sunflowers “because she was the light of his life.”

She then told Danny that, through his kind act, it was like her fiancé was telling her that she will always be the light of his life.

“I’m shaken, awaken and feeling raw,” Danny wrote in a Facebook post. “You never know how much a simple gesture of giving someone a $5 flower will change their life, as well as yours. Life is about giving and being of service to others.”

He then issued a challenge – the ‪#‎sunflowerchallenge‬ – to anyone who might be reading to give a sunflower to someone they don’t know.

“Find a way to make someone else’s life just a little bit brighter today and be of service,” he wrote. “You never know the impact you could have.”

Were you as touched by this story of Danny’s simple act of kindness as we were? So share this!