Man Finds Cobra Dying Of Thirst. What He Does Next Is The Last Thing You’d Expect 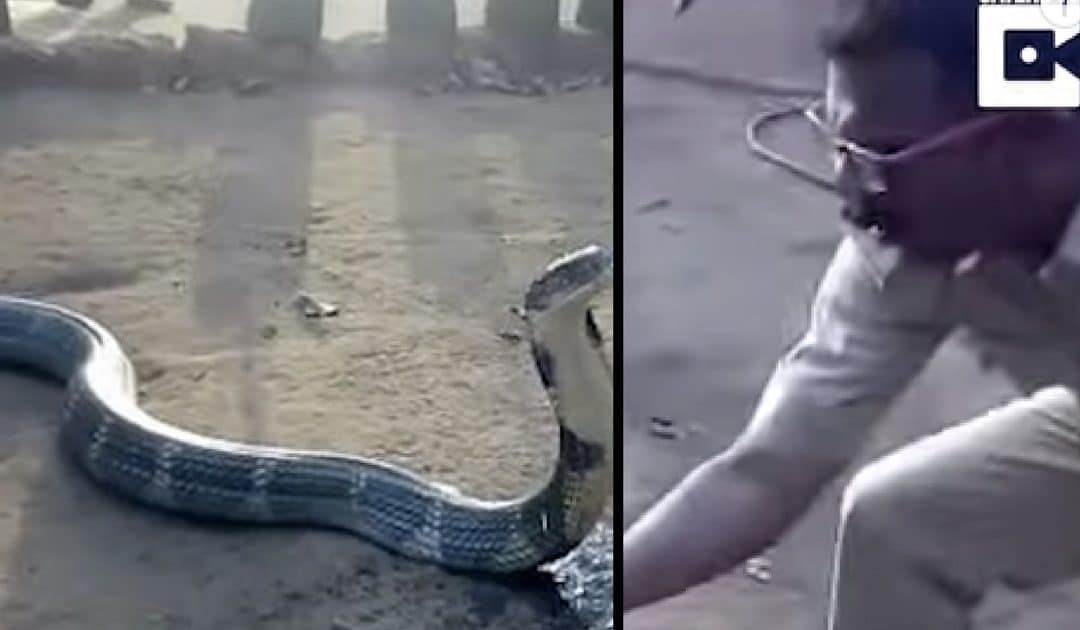 When you think about cobras, the first thing that comes to mind isn’t their cuddly nature or their propensity to work with people to solve problems. Approaching one is about as enticing as starting a political discussion at a Thanksgiving dinner with your extended family. But hard times make strange bedfellows.

An intense drought in southern India appears to have made this 12-foot king cobra amenable to a little help from human friends. According to the poster, the cobra wandered into the Kaiga township along the Arabian Sea looking for water.

A person described as a wildlife rescue worker found the deadly cobra and decided to help, offering a bottle of water to quench its snakey thirst. The cobra is bizarrely chill about the situation, and drinks right from the water bottle while it’s being held by a rescue worker.

Read more about how this drought is affecting the people and animals of southern India at Thrillist.