Man Falls On Ice And Breaks His Neck, But What His Dog Does Next? Wow 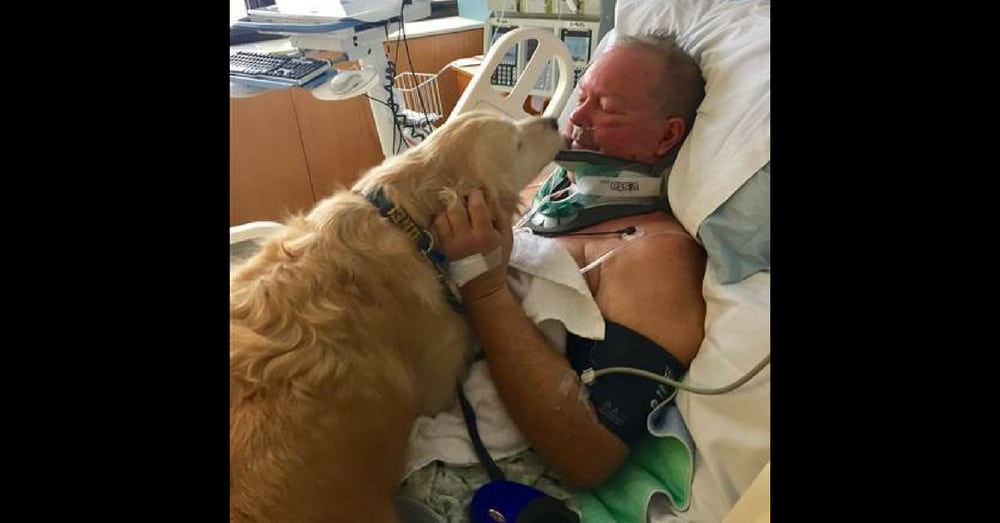 What was supposed to be a quick dash to get some firewood turned into a 20-hour, near-death ordeal after a man fell in the snow and broke his neck outside his northern Michigan home.

The 64-year-old man was saved in part by his dog, Kelsey, who kept his owner warm and alert by lying on his body and licking his face and hands until help arrived.

“He has marks on his arms from her pawing at him when he was losing consciousness,” said the man’s daughter, Jenny. “It was like, she knew that he had to stay awake because if he fell asleep he wouldn’t wake up again.” 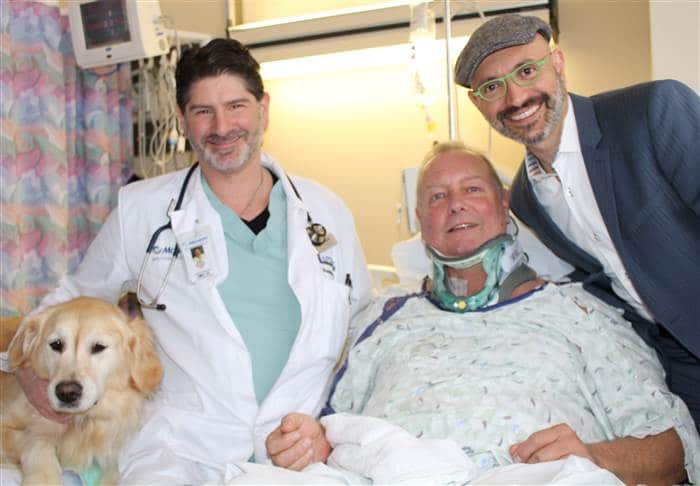 Bob with the doctors who treated him and his dog, Kelsey. McLaren Northern Michigan

Neither Jenny nor her dad, Bob, wanted their last names used because they wanted to protect their family’s privacy.

On New Year’s Eve, Bob had been watching a football game inside his farmhouse when he decided to get another log for his fireplace. He ventured outside around 10:30 p.m. wearing only a pair of slippers, long johns and a long-sleeved shirt.

He slipped on some icy steps and landed on his back on the frozen, snow-covered ground.

He knew right away he had broken something because he couldn’t move anything except his elbows, he told his family later.

Fortunately, Bob had Kelsey with him. The 70-pound golden retriever lay on top of his chest and stomach and licked him repeatedly. Doctors believe the dog’s actions helped prevent her owner from getting frostbite. 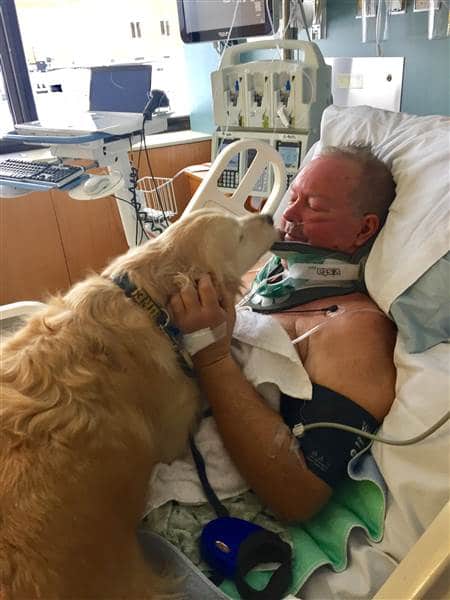 Bob, who lives on a 40-acre farm, tried yelling for help but his home sits about 50 yards away from the road and about a quarter-mile to each neighbor beside him. His wife was away with her dementia-stricken parents, for whom she is their primary caretaker.

Kelsey barked throughout the episode, “but she’s a barker anyway,” so few would have paid attention if they heard, Jenny said.

Bob believed he stayed conscious until an hour before a neighbor came by the next day around 6:30 pm to collect some chicken eggs Bob had offered.

“The timing was incredible,” Jenny said. Also working on his side was the New Year’s Day weather, which was sunny and in the low 30s. 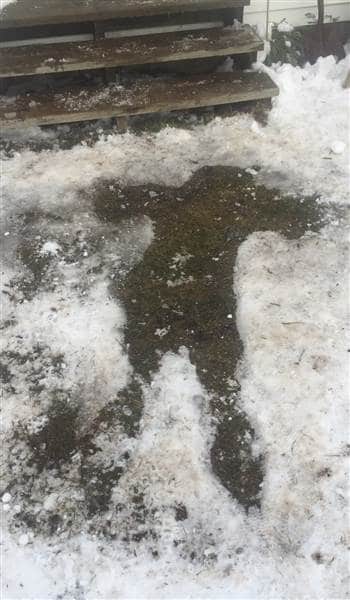 The outline of where Bob lay immobilized with a broken neck after he slipped on icy steps. McLaren Northern Michigan

Bob was taken to McLaren Northern Michigan hospital, where he was treated for hypothermia and irregular heart rhythm. He had surgery to repair two herniated discs that compressed his spinal cord and resulted in paralysis.

But a day after surgery, he shocked everyone when he began moving his arms and legs.

“He was very fortunate to have survived the circumstance of being in cold weather and having a warm body sustain him for that period of time,” said his neurosurgeon Dr. Chaim Colen, who noted Bob’s pinched spinal cord could have cut off his breathing.

Read more about Bob and his heroic dog on TODAY.