Man Drives Hundreds Of Miles To Listen To Cubs Game On Radio. Reason Why Will Give You Chills 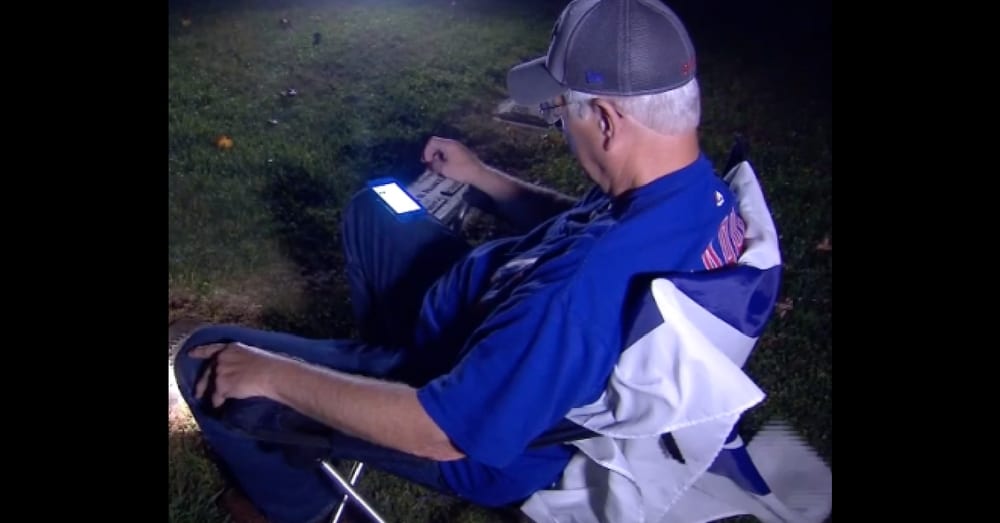 Wednesday night was an exciting night, not just for Chicago Cubs fans who had waited decades to see their favorite baseball team win the World Series, but for thousands of other baseball fans across the country who were excited to watch the historic moment this team broke their infamous 108-year “curse.”

For some, though, the win was bittersweet. While they were happy to see their team win, they were also painfully aware of the absence of loved ones who had longed to see the Cubs win but had passed before they could.

Such was the case for Wayne Williams.

William’s dad, who shared his name, had become a Cubs fan while he was serving in the Navy.

“I think it was because when he was at boot camp at Great Lakes,” Williams said. “He probably went to some games, because Wrigley’s brought the guys out there for these things and it was the closest thing to big-time baseball he’d ever seen.”

The senior Williams had passed down his love of the team to his son, who has many fond memories of them listening to games together.

The two had made a pact – that if the cubs got to the World Series they would listen to the game together.

“When the Cubs — not if, when — the Cubs got into the World Series, we would make sure we listen to the games together,” Williams said.

Sadly, the elder Williams passed away in 1980 at the age of 53, but when the Cubs finally made it this year his son was determined that they would still listen to the game together.

He drove all day from his home in North Carolina to his father’s grave in Indiana where he set up a chair and a radio. Then he sat with his dad and shared with him the historic moment they had both waited for for so long.

IN CASE YOU WANTED TO CRY TODAY: Man drives 600 miles to listen to Cubs game at his Dad’s grave in Indiana. https://t.co/z87wwujUo0

It was a special moment that has captured the hearts of thousands, and one Williams will not soon forget.

Asked if he thought his dad was watching the game from heaven, though, Williams joked that he might actually be watching from a different place…

Were you touched to see how Williams shared this special moment with his dad? So share this!