Man Reunited With Dog He Saved. Watch What Happens When Puppy Recognizes His Rescuer… 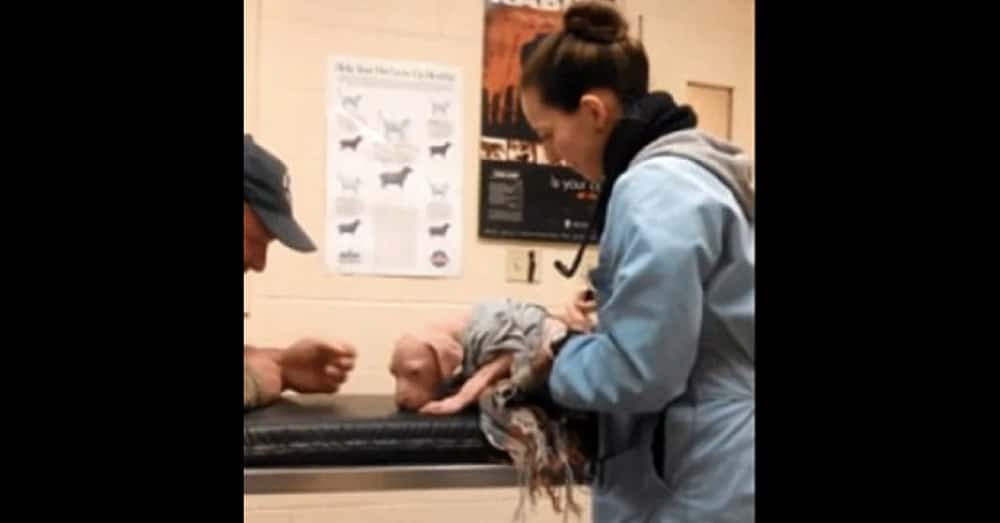 Pit bulls have gotten a bad rap over the years for being violent and aggressive. They are often used in dog fights or as bait dogs to train fighting dogs.

While the “aggressive and dangerous” label may be true for some dogs, most are just looking for someone to love them.

That was the case with little Mojo, a pit bull puppy who was being prepared to be used as a bait dog. He had been hurt and abused and probably wouldn’t have lived much longer, but thankfully he was discovered by Joey Wagner, the owner of Baie St. Marie Animal Shelter in Nova Scotia, Canada.

Joey rescued the frightened puppy and brought him to his shelter where the dog could be nurtured and cared for.

Mojo was at the shelter for several weeks receiving love and attention from the medical staff. He hadn’t seen Joey during that time, so when Joey went back to see him he wasn’t sure if the pit bull would recognize him.

When he was finally reunited with Mojo, though, he couldn’t believe the puppy’s reaction! Click below to see the sweet reunion for yourself!

Are you happy this sweet puppy was rescued and given another chance at life? So share this!