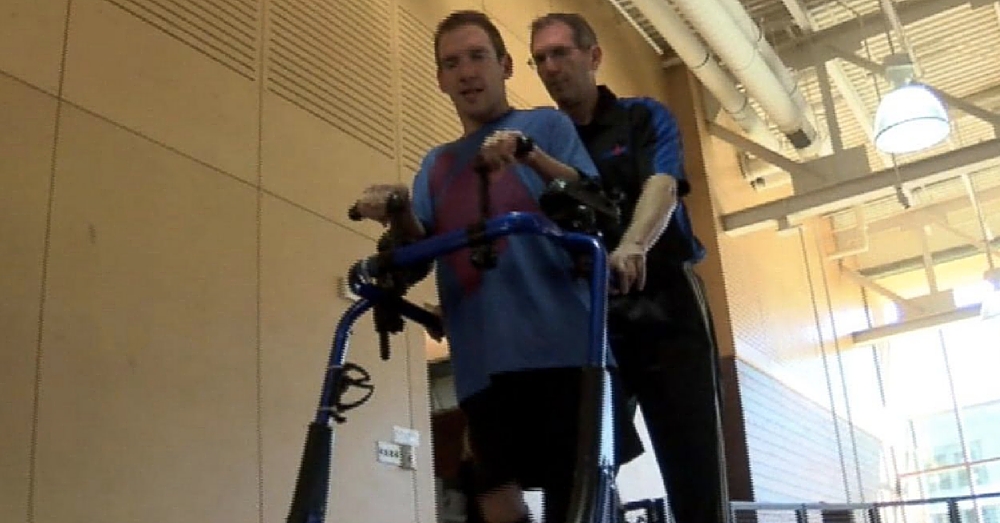 A father-and-son team from Michigan are training to compete at the Ironman World Championship Triathlon in Kona, Hawaii, this October.

Even more remarkable than embarking on the 140.6-mile swimming, cycling and running journey, father Jeff Agar will push and pull his son, Johnny, who was born with cerebral palsy, during the entire triathlon so that the two can earn the Ironman title together.

Jeff Agar, 53, told ABC News today that he and his son have competed in six marathons together, and that [they] train every day for the Ironman World Championships.

Agar explained that he pulls Johnny on a chariot during the biking and running portion, and on a boat during the swimming portion of the triathlon. Agar told ABC News he is working with a professional trainer in order to not only finish the race, but to complete it with a 150-pound chariot in tow.

“He is constantly cheering for people as we go along,” Agar said of his son. “We get people who want to run with us just because of the cheering that they get from Johnny.”

“Johnny’s big goal in life is as a disability advocate,” Agar told ABC News. “He created a website like Yelp for handicapped people. It is about spreading information about how accessible a location is so you know before you go there.”

I have some pretty cool news to share with everyone! I have started a blog to give you an in depth look inside Team Agar’s training and of course my training for the magical mile in Kona. I look forward to sharing my experiences and individual thoughts with all of you. If you wouldn’t mind – please subscribe and please feel free to tell your friends! Go to the brand new site: teamagar.com!

Johnny Agar, 22, told ABC News today how much he looks up to his father.

“He is just the biggest inspiration to me, because you wouldn’t necessarily think of a kid who has cerebral palsy, which is what I have, being able to participate in a triathlon of that magnitude, with some of the best athletes in the world,” Johnny Agar said. “He is willing to pull me and push me in the race for 140.6 miles so I get to know the feeling of what it feels like to cross the finish line.”