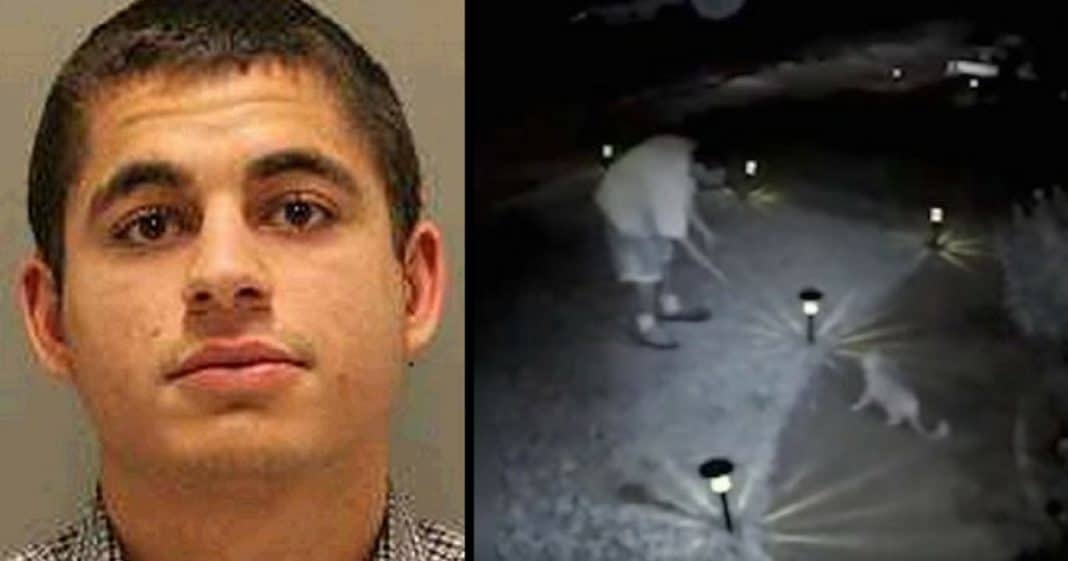 The thought of anyone torturing or killing any living thing for “fun” is unfathomable to us. How could anyone treat an innocent creature that way? It makes us sick.

Unfortunately there any many people around the world with no respect for life and apparently not an ounce of kindness or compassion in them. Thankfully, though, some of them are getting caught and they are getting the justice they deserve.

When cats began disappearing from residents’ homes in the Cambrian Park neighborhood of San Jose, California, in September 2015, police decided to look into the matter. About a month later they discovered Robert Roy Farmer asleep in his car with a dead cat, a hunting knife, blood, and chunks of fur.

After his arrest, one elderly woman who had allowed Farmer to stay with her for a time said he had abused her cat and even struck her grandson in the face. At one point he had even wondered allowed what it would be like to kill another human being.

Shockingly, Farmer is the son of a former San Jose Police Department’s captain, but even he is not above the law. Upon discovering his crimes, family members expressed shock and disgust.

Thankfully, Farmer was taken into custody before he could do even more harm. He pleaded guilty to the crimes and claimed that he had been under the influence and out of his mind when he committed them, but the deputy district attorney assigned to his case wasn’t buying it. She believes Farmer possesses a severe lack of empathy or remorse for his actions.

Farmer may have thought that his father’s position or his insanity plea would get him off, but he was soon to feel the hammer of justice slamming down. As he appeared in court in July 2017, not only did he receive a 16-year sentence for his crime, but he has also been ordered to stay away from all cats for at least 10 years after his release and stay away from the neighborhood where he committed these atrocities.

Sadly, nothing can bring back the cats Farmer already abused, but we are thankful that justice has prevailed and this horrible monster will be off our streets.

Were you happy to see justice served? So share this!