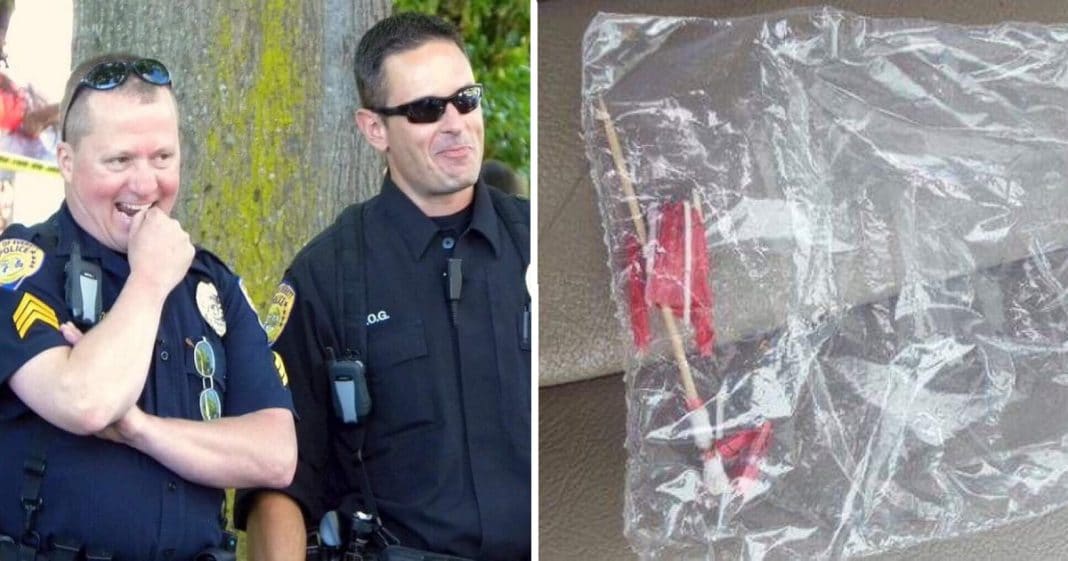 There are some unwritten rules husbands and wives should abide by. For husbands one of the most important ones is don’t go in her purse, handbag, tote bag, clutch, etc. Unless you want her to bite your head off, scream with indignant fury, accuse you of not trusting her, smack you with it. Or worse, give you the silent treatment; hands off. Better yet, stay far away from the sacred contents of these bags. Treat her purse like it’s an explosive ready to blow at any minute.

In all seriousness, it’s rude to snoop through someone’s things; you’re invading their privacy.

One guy from Wyoming, Minnesota apparently didn’t get the memo. The dude went through his wife’s purse without her permission and her knowledge. He’s already in the doghouse for going beyond the zipper; he believed he found something incriminating inside. Drugs.

This husband might find a permanent place in the doghouse after he went to the police and reported his wife. What a concerned, caring husband. Instead of going to his wife with what he found and ask her about it and give her the fair chance to respond, he acts like a snitch.

I wonder if it ever occurred to this guy how much hot water he’d be in with his wife. I mean he already went through her purse. He compounded his stupidity by involving the cops..

When the man brought the plastic bag containing drugs, the PD told him it wasn’t drugs he’d discovered. What did this idiot husband find? A broken pink cocktail umbrella.

He made such a fuss about some insignificant drink decoration. his wife probably had her reasons for why she kept it; even if she meant to discard it and simply forgot about it, this guy ranks up there for idiot of the hour. He’s never seen drugs in his entire life.

The Wyoming PD had a lot of fun with this case on social media:

A man thought he found drugs in his wifes purse & contacted us. He was happy to learn that the items were just a broken cocktail umbrella. pic.twitter.com/Yx5erLtzP0

It took some convincing, but the man finally believed the officers. I think he was stalling so he wouldn’t have to head home and tell his wife what he’d done.

“No, we had to Google a picture of what a cocktail umbrella looks like not broken into pieces.” To shut up the internet trolls, the police department posted this tweet: “With that being said, if you need help with substance abuse issues, please contact us & we’ll find resources. That does NOT mean jail time.”

Isn’t it great when folks can find the humor in their jobs? That husband won’t have much to chuckle about for 50 years or so for what he did; I mean obviously there are some deep-rooted trust issues. Why would he conclude his wife was hiding drugs? Hopefully, he’s learned his lesson.

Undercover #420 operations are in place. Discreet traps have been set up throughout the city today. #Happy420 pic.twitter.com/Jo8mh0Z5lQ