Man Buys Old Dresser For $100. When He Opens Bottom Drawer His Jaw Drops 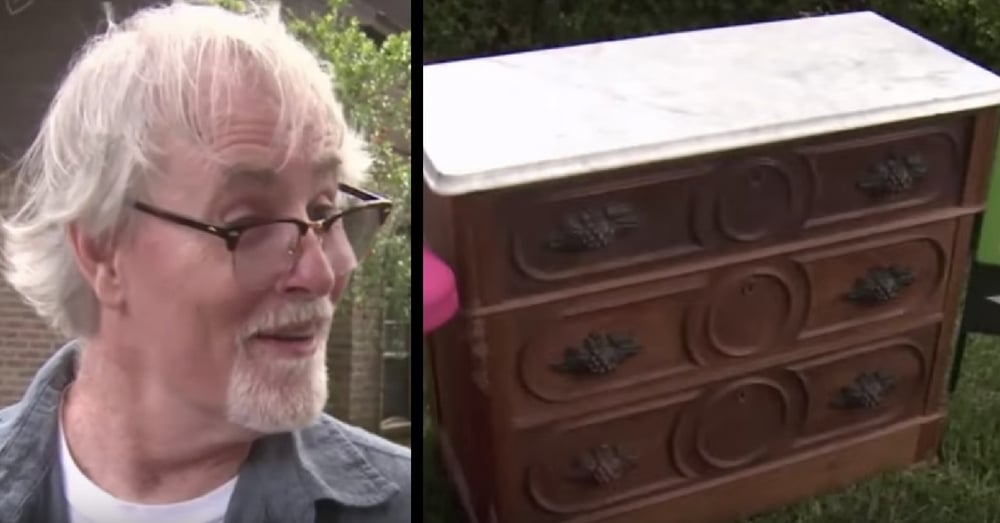 Most of the time the things you find at yard sales and estate sales aren’t that exciting. Usually the items are just things the seller doesn’t need anymore and is trying to get rid of. Every once in a while, though, a person will stumble on a hidden treasure.

The 67-year-old found a beautiful dresser at a yard sale in Bellville, Texas. The chest had a marble top and a beautiful finish, and when the seller told him it was almost 125 years old, Emil knew the $100 asking price was a steal.

When Emil and his friend went to load the dresser onto his truck, they heard some jingling in one of the drawers. They were confused because they thought all of the drawers were empty, so they decided to do a little digging.

What they found left them stunned.

At the very bottom of the dresser was a secret compartment filled will diamonds, jewelry, cash, and old Civil War memorabilia. The find was a veritable treasure trove!

What makes this story even more incredible is that, instead of keeping all of the treasure for himself, Emil contacted the seller, told him about the find, and asked if he could return the chest!

The man who had sold it to him said the dresser had originally belonged to his grandparents and he had no idea there was a secret drawer in the bottom.

We’re sure he’s glad to have his grandparents’ items back and incredibly grateful to Emil for his integrity and kindness!

Were you amazed to see the treasure that this antique dresser held? So share this!