Man Buys Desk On Craigslist For $150. Then He Opens Bottom Drawer And Sees It 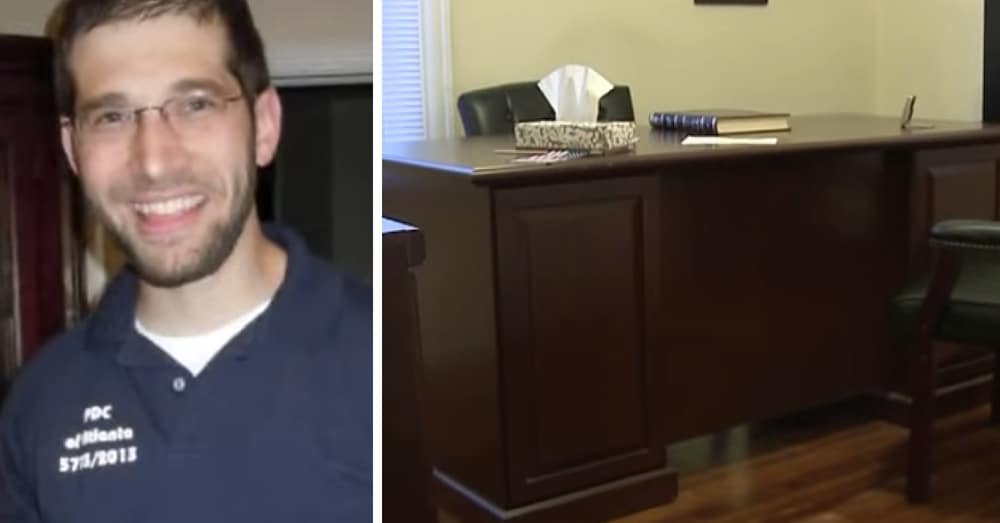 Noah Muroff had been looking for a new desk for his office and he found the perfect one on Craigslist. The woman selling it had bought it at Staples a few years before but had grown tired of it. She told Noah she would sell it to him for $150.

When Noah brought the desk home, though, he and his wife had trouble fitting it through his office door. It was just a fraction of an inch too wide!

They realized they would have to take the desk apart to fit it in, and as they began to do so they found something that made both of their jaws drop.

As he removed the filing cabinets Noah noticed a plastic shopping bag poking out. Then he saw what looked like a $100 bill.

He pulled the bag out and found stacks and stacks of bills. He and his wife counted the money up. It totaled $98,000!

They knew they couldn’t keep the money, so they called the woman they had bought the desk from and told her what they had found.

When she heard their story she was speechless. After she regained her composure she told them the money was her inheritance. She had hidden it in the desk and then couldn’t remember where she had put it.

“She was so shocked and touched that anyone would call,” Noah said. “She said, ‘You could have kept the money and nobody would have ever known.’”

But Noah, who is a rabbi, believes honesty is the most important thing in life. There was no way he could have kept that money and lived with himself.

After they returned the money the woman wrote them a thank you note telling them how grateful she was for their honesty and integrity.

“I do not think there are too many people in this world that would have done what you did by calling me,” she wrote. “I do like to believe that there are still good people left in this crazy world we live in. You certainly are one of them. I cannot thank you enough for your honesty and integrity.”

Were you amazed by Noah’s find and by what he did with the money? So share this!