Man Annoyed When Flight Gets Cancelled, Then Realizes Airline Just Saved His Life 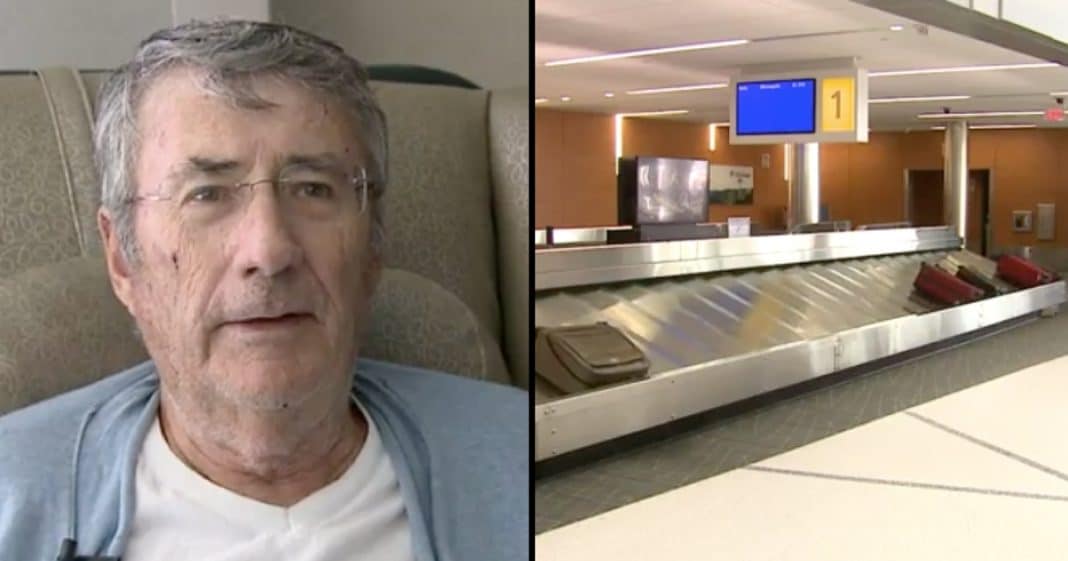 Have you ever had one of those frustrating moments in life where you later realize that it was really a blessing in disguise?

Paul Guibord has. The 74-year-old Milwaukee native was feeling frustrated as he waited for his luggage at the General Mitchell International Airport. His flight had been so delayed that the luggage was backed up and he had been waiting for his bag for a while.

What Guibord wasn’t aware of at the time was that he was in a critical health state. As he was waiting in the baggage claim area, his heart gave out and he suffered a heart attack.

Dr. Louie Kostopoulos, a cardiovascular specialist at Aurora St. Luke’s Medical Center, said “bystanders on the scene started early CPR. There was an automated external defibrillator that was used in a timely manner, bridging him up until the paramedics were capable of arriving.”

Guibord received six shocks at the airport and another eight on his way to the hospital.

While he doesn’t remember anything that happened at the airport that day, Guibord now realizes that the flight delay ultimately ended up saving his life. Had he not been in the baggage claim area where there were other people milling around and a defibrillator handy, his chance of survival would have been just 10%.

“The delay was enough to postpone the luggage to where it was backed up totally, and that’s probably what saved my life,” Guibord said.

Thankfully, Guibord’s life was saved and now he has a new lease on the life he almost lost.

“My life has been transformed by this wonderful surgeon,” Guibord said, referring to Kostopoulos.

Had Guibord’s flight not been delayed that day, who knows how this story could have ended. One thing we know for sure, though, is that he will never look at a flight delay as an annoyance ever again!

Will this story cause you to look at life’s little annoyances differently? So share this!