Man With Alzheimer’s Re-Proposes To Wife Of 34 Yrs, Next Day Something Incredible Happens 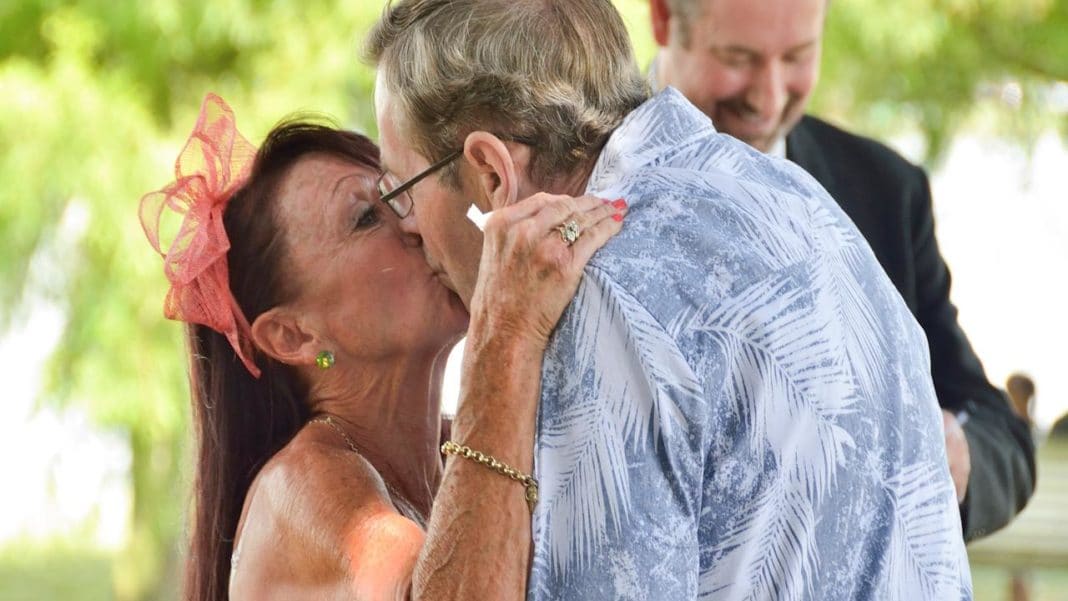 Some folks have the sweetest love stories. A couple from New Zealand has a romance that could be taken straight from the movie “The Notebook.” They’re the perfect example of how love can conquer all.

Michael Joyce, 68, suffers from Alzheimer’s. He’s been married to his wife, Linda for 34 years. Michael was diagnosed with the terrible disease in 2010. He suffers from disorientation, mood swings, and aphasia. This means he’s unable to express and understand spoken and written language.

Michael can’t normally remember things from one day to the next. Recently though, this changed for one brief moment. He asked Linda, 64 to marry him again: “He looked at me with tears in his eyes and with a stutter he said, ‘Will you marry me?’ I was gobsmacked and speechless for a minute,” Linda said. “But of course, I just told him, ‘Yes, my darling, I’d be delighted to marry you.’”

Linda made the executive decision they’d renew their vows that next weekend. She knew Michael would forget, but she didn’t mind. To her surprise, he remembered: “But then the next morning when he woke up and remembered everything and was so excited for our wedding day,” Linda said. “It was miraculous. He remembered every day for a week. It really stunned me.”

Linda’s husband is in the later stages of the disease. He woke up each morning saying: “Today is the day,”  Linda said.

The couple’s friends and family along with members of their community rallied behind them to organize a vow-renewal ceremony. Michael and Linda tied the knot, again before 15 guests in Hamilton Lake. They were first married back in 1984.

“In his head and his heart, it was what he wanted to do,” Linda said of the ceremony. “He wanted to get married. I am absolutely in awe of him. We’ve been through so much, and it’s been a heartbreaking journey, but this was so special for both of us.”

Their vows were tested, but the couple stuck with it. They pledged to remain together through sickness and health.

“Back in 2003, I broke my back in a horse riding accident, and Michael was there for me every single day,” Linda said. “It hurts me so much to see him suffering from this cruel disease. I know in my heart that if the shoe was on the other foot, he would be there for me always.”

Such a lovely yet heartbreaking story. We wish them both love and continued happiness for however long it lasts.