Mailman Knocks On Door, Hears Cries From Inside. That’s When He Breaks Down The Door.. 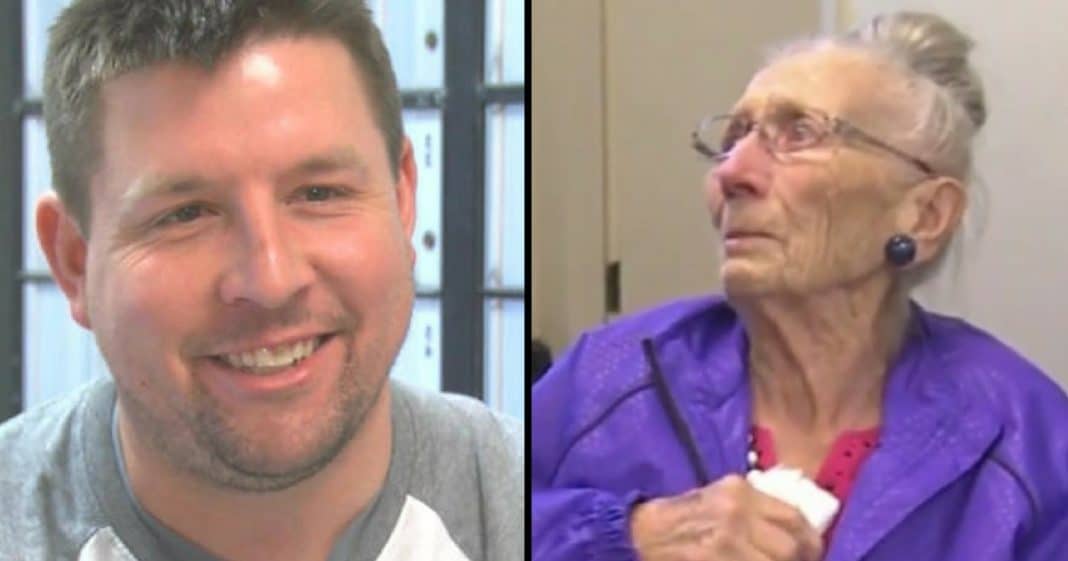 Police officers and firefighters aren’t the only civil servants to find themselves in situations where their help is warranted. Postal workers, too, can step in, save the day, and become heroes.

Josh Hefta is a mailman in North Dakota. He delivers to residents day-in and day-out, so he’s become familiar with the people on his route. One woman he sees regularly is 94-year-old Alice Paschke.

Josh goes the extra mile for some of the people on his route. Alice has trouble walking so, instead of putting her mail in her mailbox, Josh adds a personal touch by delivering it to her door.

Living alone means Alice doesn’t have much interaction with those outside her home and, as time passed, Josh and Alice formed a special friendship.

At first, Alice would greet Josh outside and take her mail, but it wasn’t long before she became confined to her house. Josh made it a point to drop in each day to check on the sweet lady. Alice would sometimes offer him food or something to drink. Eventually, Alice stopped leaving her home altogether.

One cold day in January of this year, Josh was making his rounds. As he approached Alice’s house, he noticed something wasn’t quite right. Alice wasn’t answering her door. The woman was always home. Where could the dear lady be?

Josh continued to knock and knock on the door. He listened for any noise from inside. That was when the keen mailman heard a faint cry for help.

Alice’s door was locked, but Josh knew he had to move fast. He kicked down the door and found Alice inside, on the floor.

It turned out Alice had fallen the previous day and had been lying there on her floor for twenty hours, unable to get up and just praying for help. Josh would be her only hope because he was the only person who would find her. Alice knew this and trusted it wouldn’t be long until her hero arrived.

“I said, come in, I need help,” she recalled. “He saved my life, and that’s a true story. For the rest of my life, for as long as my memory works, I’m going to remember.”

Since Josh did indeed save Alice’s life, he has received accolades and honors for his good deed. He was awarded the Postmaster General Award from the Minto, North Dakota, post office. This is the highest honor a mail carrier can receive. The postal service headquarters in Washington D.C. will also commemorate Josh’s actions by adding his name to the “Heroes’ Wall.”

Since her fall, Alice has moved to a nursing home. She isn’t on Josh’s route anymore, but the two still manage to see each other. Alice says: “I like how he doesn’t come see me, but [now] I come see him.”

Heroes come in all shapes and sizes and professions. We’re thankful Alice is safe and healthy after her fall. If Josh hadn’t come along, she would’ve been another statistic of those who die from severe accidents.

If you have an older neighbor or someone needing help, don’t forget about them. Dropping in to say hello can boost their morale and help them feel less lonely; it might also save their life.

Were you touched by the care Josh showed Alice that ended up saving her life? So share this!