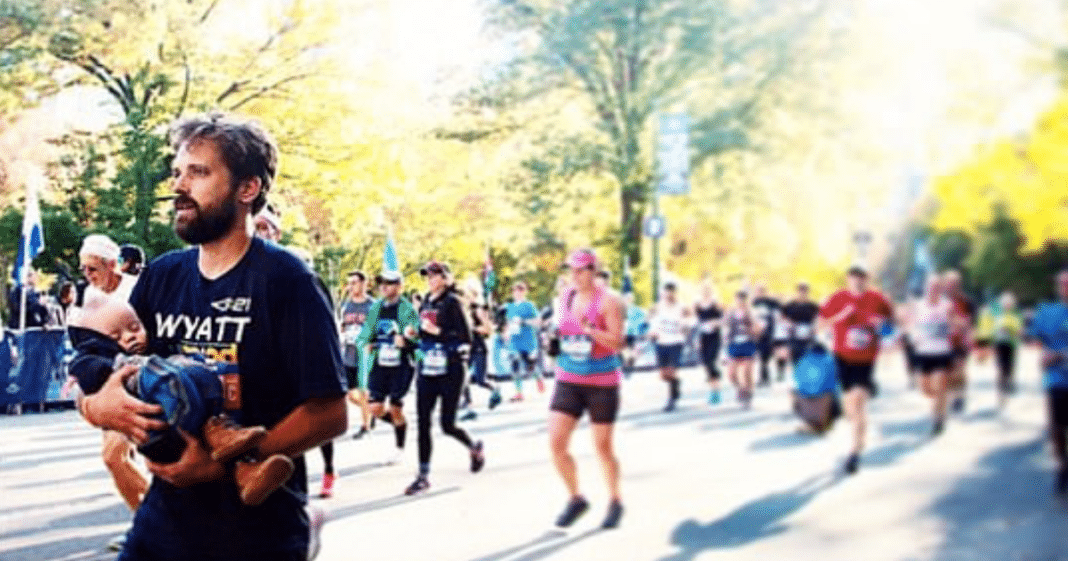 There are marathon runners…and then there are marathon runners like this dad. A photo of a dad carrying his baby across the finish line of the New York City Marathon has gone viral after being captured by a spectator. Elizabeth Griffin told News 4 New York that she was waiting for a friend to finish the 26-mile race when she saw a man carrying a sleeping baby in his arms while he carried him across the finish line.

“I’m not sure too many folks noticed because the baby was so fast asleep, but I’ve never seen anything like it,’ Griffin said. ‘He kissed his head and kept running,” Griffin said.

The man was later identified as Robby Ketchell.

Marathon runners are tough, and people who brave the cold to watch marathons are also tough. It’s a rare breed who can run 26.2 miles in a day, but when Ketchell, a scientist, carried his baby Wyatt, who has Down syndrome, over the finish line, it’s likely that people who saw them were unable to keep their eyes from tearing up.

“Having a son with Down syndrome has changed us in the best way and given us a different perspective on life,’ Ketchell told Runner’s World. “The amount of love and connection and the journey we’ve been through is just incredible.” 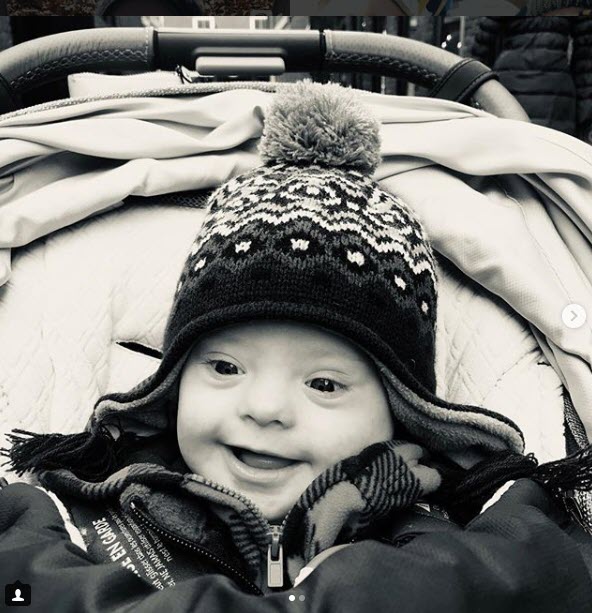 Wyatt runs 5 marathons a day. His feeding therapists (he has 3, plus he is in an aerodigestive clinic) say that eating is so hard for him, and requires so much effort, that finishing a bottle is like running 26.2 miles. 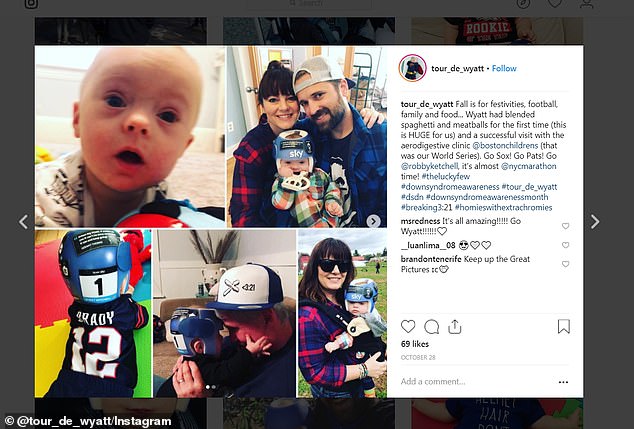 Eating is so hard for Wyatt that he has three feeding therapists, and he is in an aerodigestive clinic.

The Ketchell family has a crowdfunding account set up that serves a very special purpose.

On March 12th our son, Wyatt, was born with 3 copies of the 21st chromosome. He inspires me every day with his courage, determination, strength, and spirit. He is now the reason that I run, along with all others who are affected by Down syndrome. This year, I will be raising money for LuMind Down syndrome research while I attempt to break 3hrs and 21 minutes at the NYC marathon on November 4th.

Ketchell has raised over $11,000 so far, smashing his original goal of $3,210. He says that he is inspired to test his own physical performance because of how much strength and determination he sees in the Down syndrome community. You can follow his journey here or on the family’s Instagram account, Tour de Wyatt.

Companies can sponsor Ketchell’s jersey by putting their logo on it. More information is available via the crowdfunding page.