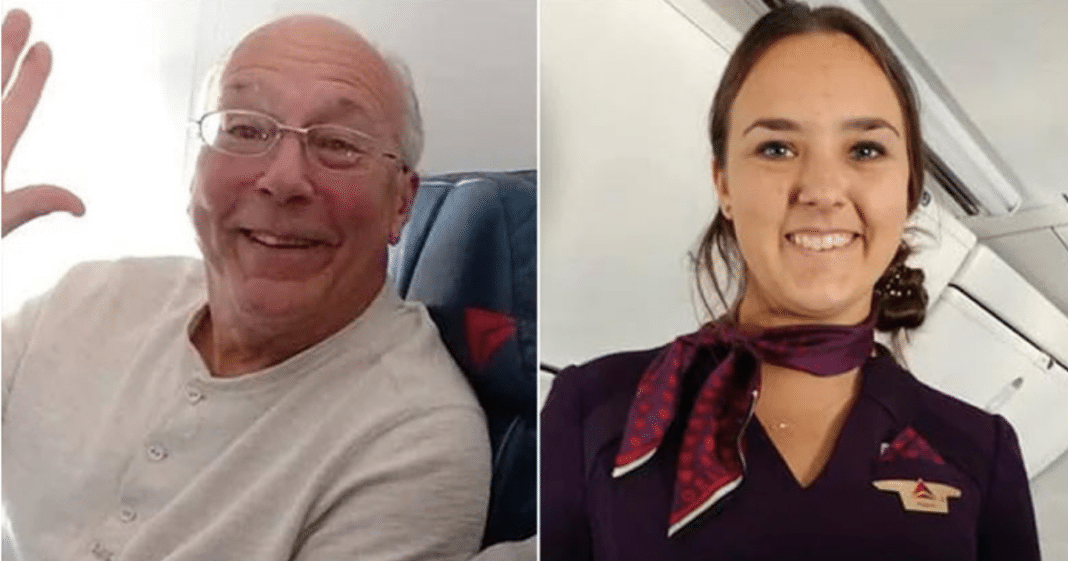 Everyone loves to spend time with their families at Christmas time, and parents, in particular, want their kids to come over and enjoy the festivities. With that said, there are some cold hard facts about life, and one of them is that there are businesses that are open on Christmas and some people have to work. Perhaps the one business we take most for granted will be open on Christmas is airlines.

When Hal Vaughan found out that his daughter, Pierce Vaughan, would be working her flight attendant job with Delta Airlines straight through Christmas, he decided he was NOT going to let her spend Christmas with strangers. So he did something that few parents would be able to do. He booked six flights so that he could be on her planes with her. 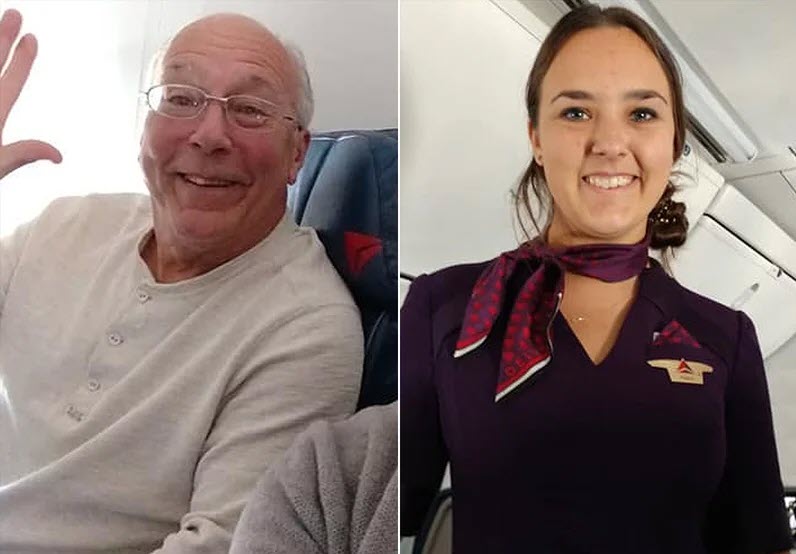 Hal and Pierce’s story went viral when it was shared by a fellow passenger who happened to be sitting next to Hal on one of the flights. Mike Levy wrote this on his Facebook:

“I had the pleasure of sitting next to Hal on my flight back home. His daughter Pierce was our flight attendant who had to work over Christmas.” 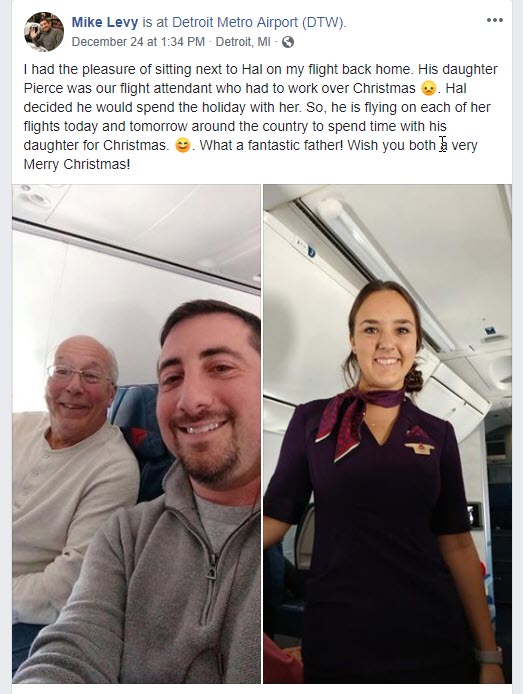 “Hal decided he would spend the holiday with her. So, he is flying on each of her flights today and tomorrow around the country to spend time with his daughter for Christmas. What a fantastic father! Wish you both a very Merry Christmas!” Levy added.

Pierce later shared Levy’s photos on Facebook and thanked him for helping people see how awesome her dad is.

Look ma we made it Kimberly Hal Vaughan ?. Dad’s first trip using his benefits was a success! A special thanks to all of the patient, wonderful gate agents around the country and my perfect crew. He made it on every flight and even got first class RSW-DTW (Christmas miracle).

Shoutout to Mike Levy for being a great first class passenger & helping us to understand how cool this actually is! 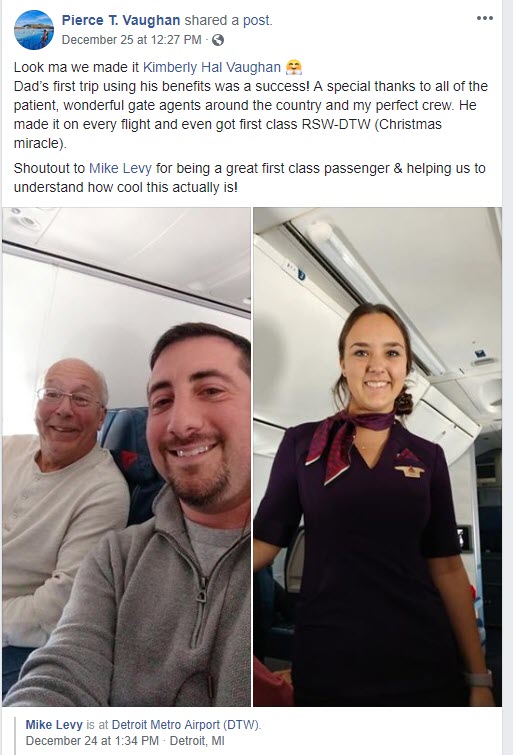 This is the awesome thing about social media. We can all see these inspirational stories that maybe would have never surfaced before the age of Facebook.

Not many dads would do what Hal did. Pierce is one blessed young lady.