She Looks Out Plane Window And Sees Soldier’s Coffin. What Happens Next Is Going Viral 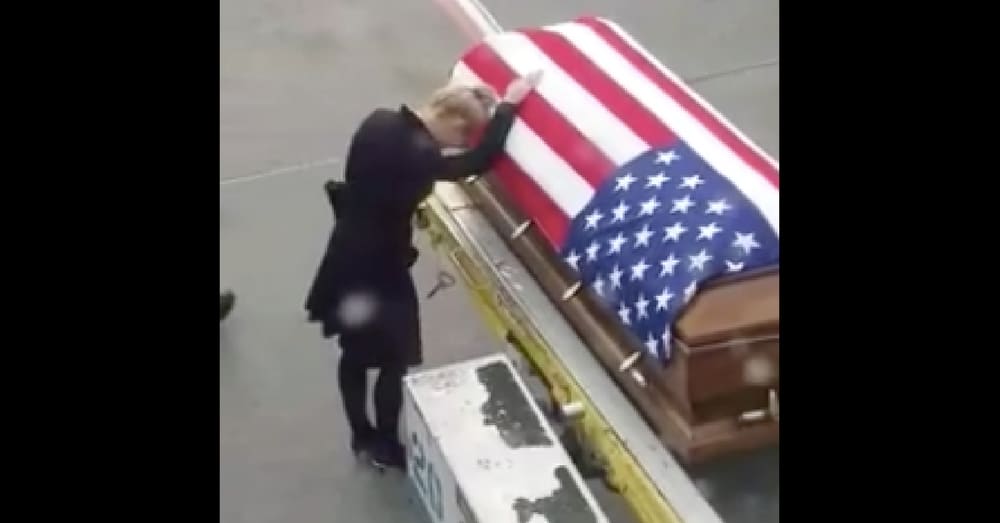 Lisa Williams was on a flight that had just landed at the Raleigh-Durham Airport in North Carolina Tuesday when she looked out the window and saw something that made her catch her breath. Several soldiers were unloading a flag-draped coffin from the cargo area of the plane.

Passengers were asked to remain seated while the coffin was taken off the plane. The entire plane went quiet, the silence broken only by the sound of sniffling.

The coffin belonged to Officer Shawn Thomas, a 35-year-old Green Beret who had been deployed to Niger to train local troops and residents in the fight against terrorism. He died in a non-vehicle combat crash on February 2.

As the passengers watched, a woman, later identified as Thomas’ wife, T.J. Thomas, stepped up to the coffin and rested her head against it in a poignant goodbye. Soon after, other family members came around her to show their support and say their own goodbyes.

Lisa posted a video of the emotional moment on Facebook where it quickly went viral, eventually reaching T.J. herself, who reached out to thank Lisa for capturing the moment of her final goodbye.

Thomas had been deployed to Iraq and Afghanistan seven times and earned two Bronze stars and four Good Conduct Medals. He was posthumously awarded the Meritorious Service Medal and Army Commendation Medal for his work in central Africa.

Thomas was laid to rest in Arlington National Cemetery on Thursday. He leaves behind his wife and four young children.

Do you stand with our troops? So share this!