He Looks Nervous As He Takes ‘Voice’ Stage, But It Only Takes 3 Seconds For All Judges To Turn 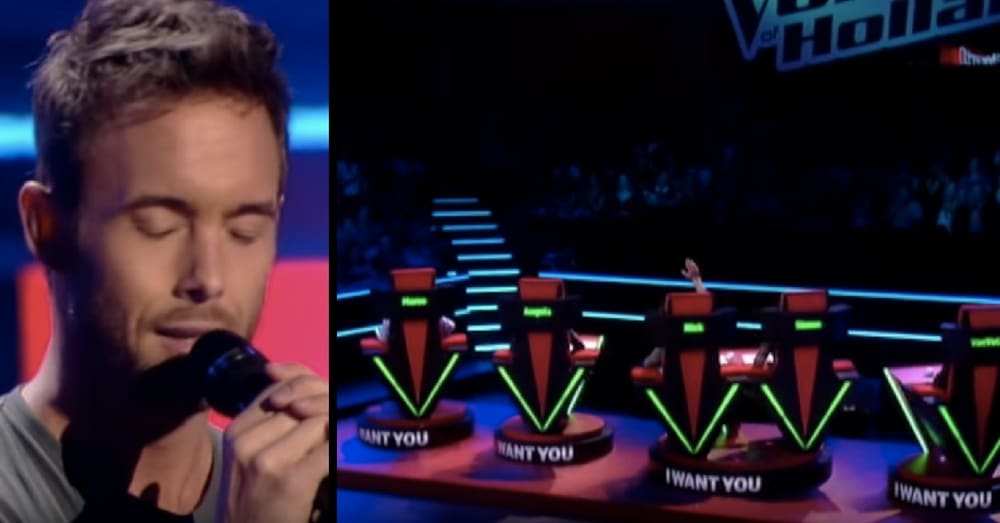 One of the things that makes shows like America’s Got Talent or The Voice so much fun is that people who are complete unknowns and may have never had a shot before can come on and wow the judges and capture the hearts of thousands of fans. In an instant, a person can go from complete anonymity to absolute stardom.

Such was the case with Charly Luske when he stepped on the stage for The Voice: Holland. As he took the mic he looked a little bit nervous, shifting on his feet as the music started and the judges waited with eager anticipation to hear the voice of the hidden singer behind them.

As soon as Charly began to sing, though, it was obvious that he had absolutely nothing to be nervous about. The singer chose to perform the James Brown classic “It’s A Man’s Man’s Man’s World,” and it only took him singing the first five words of the song for every single one of the judges to turn their chairs around, ready to do battle for the man with the incredible voice.

The classic hit can be a difficult one to get right, but Charly pulls it off effortlessly with the passion and soul the song demands. By the end of the song the entire audience was on its feet!

Click below to hear Charly’s incredible performance for yourself!

Were you as blown away by Charly’s performance as the judges were? So share this!