It Looks Like A Typical Family Photo, But Keep Your Eyes On The Girl In The Middle… 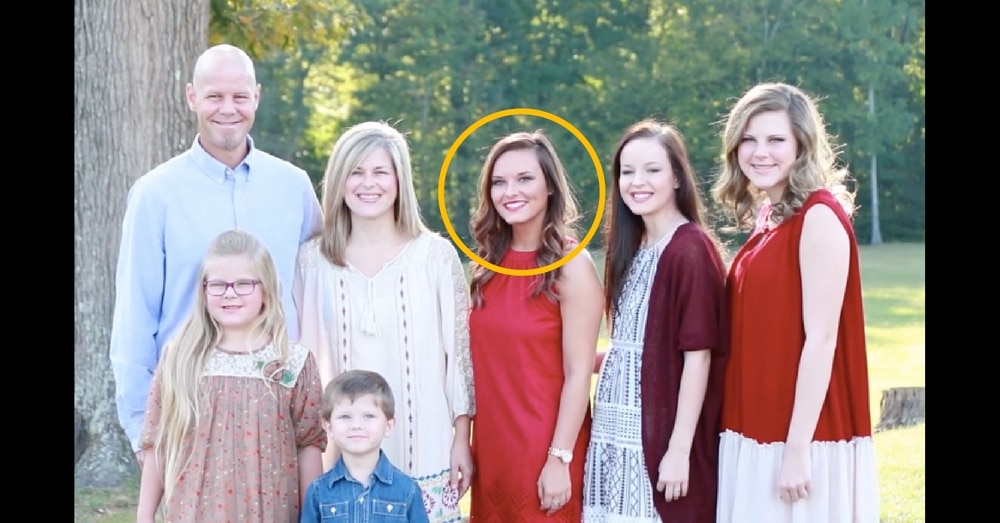 From the moment Noah first kissed Lauren at a bonfire at a friend’s house, he knew she was the woman he wanted to spend the rest of his life with.

“It was just magic from then,” he said.

The couple has been preparing for what will be one of the hardest tests of their relationship – Noah is about to be deployed overseas with the Marines.

The family decided to take some pictures together before Noah left, and he knew it would be the perfect opportunity to surprise Lauren and ask her to marry him.

“She’s just my best friend,” he said. “She’s just the one I want to spend the rest of my life with. I love everything about her. She’s perfect.”

As the photographer took some pictures of Lauren, she turned around to see Noah kneeling behind her, ring in hand.

She was so surprised, but did not hesitate to say yes!

“I had no idea he was going to do this before he left, and I’m honestly really glad he did,” she said after. “Though it is going to be very hard and it’s going to be a tough struggle for the next however many months he is gone, I know we will make it through, and whenever he comes back we’ll be ready to go!”

Lauren and Noah Surprise Proposal from Brittany Harbison on Vimeo.

Were you touched by Noah’s sweet proposal? So share this!