It Looks Like A Normal Prom Photo, But Wait Till You See What’s Coming Up Behind Them… 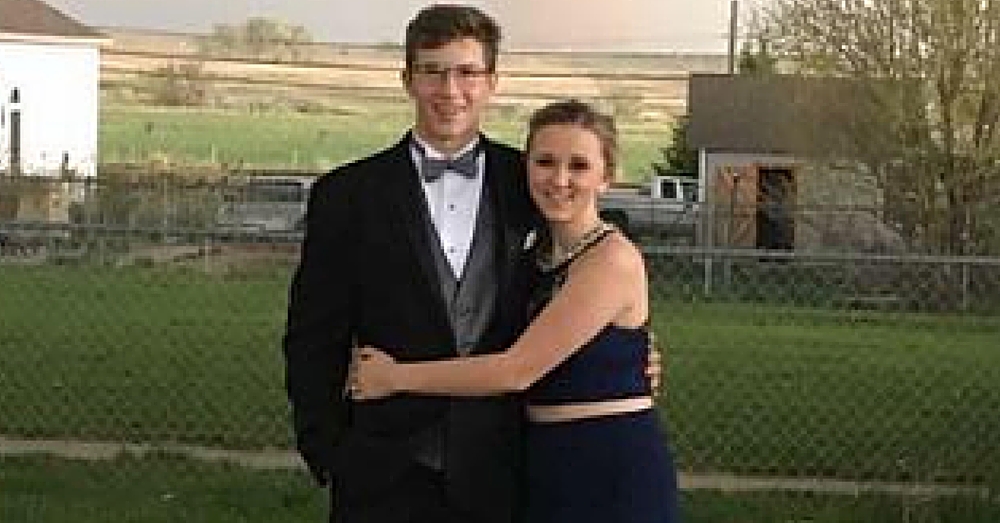 Prom is an exciting event for any teenager, but high school freshman Ali Marintzer and her boyfriend, Charlie Bator, ended up getting a little more excitement than they bargained for when they were getting ready to head off to prom.

As you can see in the photo below, a tornado was ripping through their town right as everyone was getting ready to go to prom.

The school didn’t cancel the prom, though – they just delayed it 45 minutes to make sure everyone could arrive safely – and Ali’s mom was sure that the tornado was far enough away, so the couple decided to incorporate the scary natural disaster into their prom photos and came up with something that has been taking the Internet by storm.

“Our pic together was after it died down a little,” Ali wrote. She also took a selfie with the tornado, captioning it, “Selfie ft. Tornado #prom2k16.” The twister did end up injuring five people in the area, but thankfully no one was killed, and the teens were able to dance the night away at a prom they’re sure not to soon forget.

What do you think of this unique prom photo? So share this!